Hidden potential: An indifferent year for M&A belies a rich vein of opportunity for acquirers 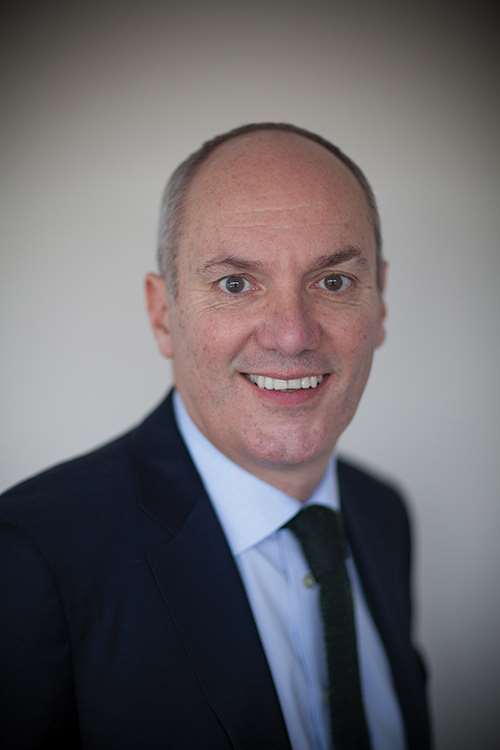 David Schofield is cofounder and managing director of Future Materials Group (FMG, Cambridge, UK), an independent strategic advisory firm offering services that include growth strategy, mergers and acquisitions, strategic partnerships and growth capital finance. Schofield has more than 25 years’ experience in the advanced materials sector, having held senior executive positions at, among others, Ciba-Geigy, Huntsman and Gurit AG. His career also includes non-executive chairman and director positions for advanced material companies in Europe and Asia. He has a MA in natural sciences from Cambridge University.

Despite a marked upswing elsewhere in the composites market, mergers and acquisitions (M&A) have declined following a 2012 peak. When the recovery was in full swing, investors were keener than ever to find “someone to buy.” In fact, unprecedented levels of uninvested capital and record cash reserves (a result of scathing recessionary cost-cutting programs) contributed to a 15% hike in global M&A volume during the first quarter of 2014, compared to the same period in 2013 (Dealogic Revenue Analytics, 2014). Puzzling, then, to discover that despite above-average growth in the sector as a whole, composites bucked the M&A trend: Although 2012 saw the successful completion of more than 40 deals worth more than £2.3 billion (US$3.6 billion), as of October 2014, we were aware of only 15 finalized deals for the year to date.

Why the decline? Clearly, there is no shortage of ambition in the sector. Many firms are restating their commitment to growth by strengthening their competitive positions in key markets (e.g., aeronautics, automotive, construction and renewables) and extending their reach into new territories and technologies. There remains huge scope for consolidation in the highly fragmented value chain: Leading manufacturers are vertically integrating to gain greater control of supply chains, curtail costs and offer more comprehensive solutions to customers.

So why does growth within the sector remain so resolutely organic? Experience tells us this decline in M&A activity lies principally in a perceived lack of viable acquisition targets. This sector is largely dominated by small and medium enterprises (SMEs), and there are more SEs than MEs. There is a surfeit of firms that are too small to register on investor/acquirer radar.

These companies — unproven, difficult to scale-up to mass production, with modest financials (a consequence, often, of focus on, and reinvestment in, their technologies at the expense of their bottomlines) — do not fit into the traditional M&A infrastructure. This is true, in part, because they also do not offer the fee-earning potential that most intermediaries demand. However, these firms can possess a wealth of unlocked potential and offer real strategic advantage to acquiring businesses. Smarter enterprises have been quick to take advantage. Indeed, anecdotal evidence suggests that smaller-scale acquisitions actually occur all the time, but largely go unnoticed by the press due to the modest amounts of money involved and the limited impact that such deals have on the industry as a whole. These acquisition targets are niche players whose few customers comprise, for the most part, larger manufacturers that monopolize the target’s capacity.

Although such firms’ technologies might not represent a step change in individual markets, the incremental improvements they offer deliver real competitive advantages to customers via streamlined operations, cost savings and efficiency gains. This is abundantly clear to their customers but invariably overlooked in the M&A context. Until, that is, there comes a tipping point at which a supplier’s impact in the chain can’t be ignored. Here, a customer will offer a buy out, frequently — because they underestimate their true value — for a fraction of their actual worth.

Smaller players in the composites space also are vulnerable to the nascent phenomenon of “acqui-hire” — acquisition based primarily on their engineering talent rather than their technology, products or services. This eliminates the need for the acquiring company to develop its own expertise. But because the majority of acqui-hires (85% or more) raise less than US$5 million in private equity (CBInsights, 2014), investors are invariably unmoved by such opportunities, favoring the US$20 million-plus deals that are more commonplace in other sectors.

The challenge of identifying these relatively low-value acquisition targets is exacerbated by composites sector fragmentation and by the attitudes of the companies’ officers, who often have no interest in divestiture or investment. Often family-run, these firms have clear succession paths in place for the next generation, no desire to relinquish control and only a limited understanding of their real worth. A recent client, SLM Solutions GmbH (Lübeck, Germany), is a great example. A pioneer in selective laser melting, an innovative process suited to short series production of complex metal components, SLM had reached a critical developmental stage and required funding to take its operations to the next level. SLM was connected with a private equity firm that equipped it to fully exploit its technology. This contributed to a 10-fold increase in the company’s valuation in just a couple of years.

Companies like this typically aren’t looking at M&A and aren’t likely to be geared for investment. But industry pundits forecast protracted growth and expect the sector’s value to increase to US$10 billion or more by 2018, so the timing could not be better for those interested in either acquisition or divestiture.

And as CW went to press, indeed, we noted a significant increase in activity within the market. This included acquisitions by Hexcel (Formax), Saertex (Fiber Glass Industries), Toray (Saati) and North Technology (Future Fibres).