Mid-year assessment: Mergers and acquisitions activity in the composites industry 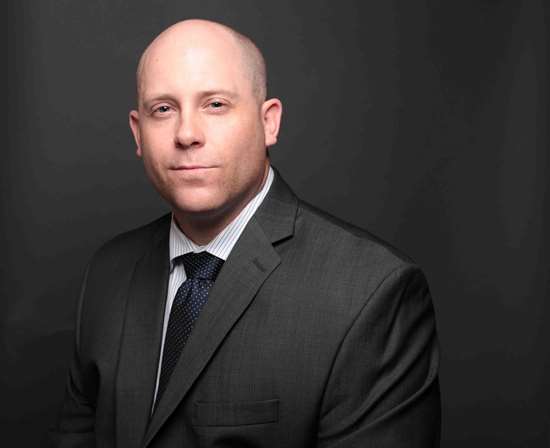 Michael Del Pero is a seasoned investment banker with FocalPoint Partners LLC (Los Angeles, Calif.) who works exclusively with advanced materials companies. He advises them on mergers, acquisitions, divestitures, raising capital, restructuring and strategic planning. A regular contributor to High-Performance Composites, he has chaired the CompositesWorld Investment Forum on numerous occasions. Del Pero can be reached at +1 (310) 405-7005 or mdelpero@focalpointllc.com.

As this chart shows, M&A transaction activity has actually declined in the composite industry after peaking in 2012 — the inverse of M&A trends in the broader economy. Source: Michael Del Pero

Halfway through 2014, many in the financial community are literally gasping for air, particularly those of us involved in mergers and acquisitions (M&A). If we wind the clock back to mid-2012, we can see why. M&A activity had stalled due to uncertainty about healthcare and other U.S. legislative matters as well as a string of economic crises across Europe and emerging markets. But a rush of transactions at the end of 2012 was fueled by the specter of possible increases in capital gains rates. Pent-up demand for deals from strategic acquirers and private-equity investors increased M&A momentum throughout 2013. In the downturn’s wake, many U.S. companies were well into cost-cutting initiatives and strategic realignments. The result? Record cash levels on their balance sheets. The fact that the proverbial “fat” had been cut and the economy seemed to have stabilized led companies to aggressively pursue M&A strategies as a means to generate growth and profits. Private-equity investors desperate to find a home for record amounts of uninvested capital added fuel to the fire. This led to healthy (if not irrationally exuberant) competition for acquisition targets, which has continued at full steam into 2014. In fact, the total value of announced deals in first-quarter 2014 was 52 percent higher than during the same period in 2013 — the strongest start to a year since 2011. In February, U.S. companies announced transactions worth roughly $120 billion (USD) in a single seven-day period — a one-week total that represented nearly 12 percent of 2013’s total domestic M&A activity! Granted, these transaction values were somewhat skewed by a handful of “mega deals,” but total volume of deal flow is also up considerably so far in 2014.

Here of late, we’ve seen a jump in valuations in the middle market — transactions valued between $25 million and $500 million.  Median valuation levels for these transactions (typically measured as a multiple of EBITDA) have soared to as high as 9.5x in recent months, compared to an average of 7.6x in 2012. This is specifically relevant to the composites industry, given that the vast majority of companies in the space are “middle market.” We have seen the highest valuations paid by acquirers looking either to diversify their customer or end-market base, or to expand their technology and product offerings.

It would be easy to assume that this outpouring of favorable economic conditions and compelling dealmaking rationale has increased composites M&A activity. But that would be a regrettable error. As the chart below shows, transaction activity has actually declined after peaking in 2012 — the inverse of M&A trends in the broader economy.

This decline has two main drivers. First, 2012 marked the end of intense strategic competition among companies jockeying to get qualified on the Boeing 787 and other new, composites-rich aircraft. This led to a flurry of activity as acquirers sought to expand their material technology offerings or add to their processing capabilities. Those key programs have since transitioned from qualification to production. With few exceptions, materials and processes have been specified, so we don’t see these programs moving M&A activity forward like they did before. Secondly, there simply hasn’t been a wealth of available acquisition targets in the composites space during the past 12 to 24 months.

This is not to say the demand isn’t there. Strategic acquirers continue aggressively to look for ways to strengthen their competitive positions in anticipation of growth in key end-markets, such as automotive. For example, a number of collaborations between OEMs and manufacturers are aimed at bridging carbon fiber technology, cost and capacity gaps as demand grows for better auto fuel efficiency. We see an appetite for acquisitions in autocomposites, but the lack of target assets has forced would-be acquirers to explore alternatives. Top manufacturers and suppliers seek, for example, to vertically integrate, to ensure they can offer comprehensive solutions to customers.

Suffice it to say, the timing and environment couldn’t be better for composites companies interested in exploring acquisition or divestiture.  There is strong desire on the “buy” side of the equation and, frankly, we don’t see the M&A market getting any hotter than it is today. The only question is how long will the window stay open and how many companies will answer the bell?