Turkey-based Kordsa has a long history supplying materials to the global tire market. It now has its sights set on reinforcement fabrics, prepregs and core materials for aerospace, automotive and industrial structures.
#trends #boeing #787

You would be forgiven if, until a few years ago, you had not heard the name Kordsa (Istanbul, Turkey). Although the company has a long history supplying cord products to the global tire market, it has only recently entered the composites marketplace. And since doing so, the company’s composites footprint has grown substantially.

Kordsa’s strategic shift to composites began in 2016 with the establishment of a $30 million Composite Technologies Center of Excellence in Turkey to research, develop and assess composite materials and processes, drawing on knowledge and experience from academia, students, chemists and process engineers. 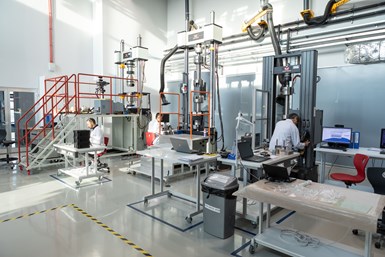 If you detect a pattern in these acquisitions, it’s because there is a pattern. Murat Arcan, COO composites at Kordsa, says the firm sees significant potential for growth in composite intermediates and is determined to build a robust enterprise focused on that part of the composites supply chain.

Arcan notes that Kordsa, which is 46 years old, became a major tire cord supplier by investing heavily in materials and manufacturing expertise, and established manufacturing operations in the U.S., Brazil, Indonesia and Thailand. He says the company is among the world’s largest tire cord suppliers, serving an industry where the material qualification process can range from 3 to 8 years. Sound familiar?

Kordsa, he said, made the decision in 2015 to diversify and started looking at adjacent industries in which it could leverage its materials, process and supply chain expertise. “The chemical know-how in our tire cord technology led us to composites,” Arcan says. Aerocomposites were particularly attractive, he says, primarily because the material qualification cycle in that industry is so similar to the tire industry’s. Kordsa, he says, also saw opportunities in the automotive and industrial markets. 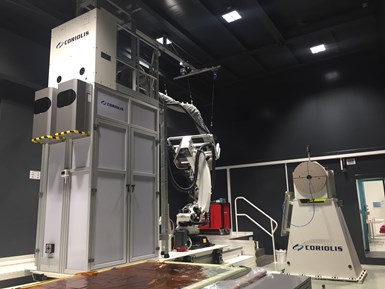 The work done at Kordsa’s technical center, in the Composite Technologies Center of Excellence, helped the company identify the composites industry supply chain segments, and where it might fit in. “With the power of the Composite Technologies Center of Excellence, a pioneering model in industry-university cooperation, we can go from idea to product under one roof,” Arcan says of the facility, noting that the company’s research helped it identify fabrics reinforcements, core materials and prepregs as attractive product types. “We want to develop a pipeline of companies in Europe and the U.S. focused on intermediates in aerospace and automotive,” he says.

Construction of that pipeline began with the acquisition of FDI and TPI, which, Arcan says, gave Kordsa access to the composites-intensive Boeing 787 program. Then, with the acquisition of Axiom, Kordsa expanded its reach into aircraft engines. “If you are in aerospace, you have to be in engines as well,” he says, adding, “The competency the company has built the last 16 months is second to none.” 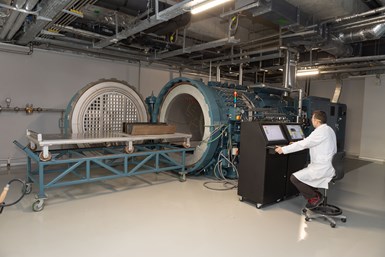 Long term, Arcan says Kordsa wants to build a critical mass of composite intermediate products suppliers and become a “reliable business partner” to carbon fiber manufacturers and aerospace OEMs alike. Arcan argues that carbon fiber manufacturers, in the past, were forced to build prepreg capability in order to meet the quality requirements of their customers. Kordsa, he says, wants to remove that burden.

Indeed, it’s clear that Kordsa wants to position itself as a major link in the supply chain for the next generation of commercial aircraft sure to enter the market in the next decade, including single-aisle replacements for the Boeing 737 and the Airbus A320. “I hope, going forward,” Arcan says, “that if the decision is to stay with composites [in aircraft manufacturing], then we are very well positioned.”

All of Kordsa’s acquisitions have been in the U.S. so far, but Arcan says to expect similar activity in Europe in the near future, with Asia also on the long-term horizon. “We want to create a second Kordsa in composites,” Arcan states. “We are not done.”