Composites in sporting goods: Been there, done that?

Dale Brosius, a regular CW columnist and head of his own consulting company, which serves clients in the composites industry worldwide, wonders if market saturation been reached for advanced composites in the once dynamic sporting goods sector.
#aramidfiber #marketing #regulation 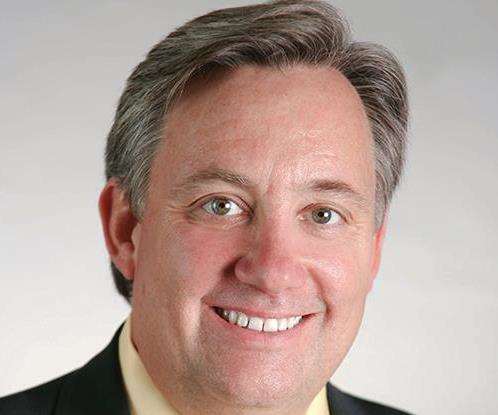 Dale Brosius is the head of his own consulting company, which serves clients in the composites industry worldwide. Services include strategic planning, market analysis, assistance in mergers and acquisitions activities and technical support. His career has included positions at US-based firms, Dow Chemical Co. (Midland, MI), Fiberite (Tempe, AZ) and successor Cytec Industries Inc. (Woodland Park, NJ), and Bankstown Airport, NSW, Australia-based Quickstep Holdings. For three years he also served as the general chair of the Society of Plastics Engineers’ annual Automotive Composites Conference and Exhibition. Brosius has a BS in chemical engineering from Texas A&M University and an MBA.

I started playing tennis in 1972. I paid around US$10 for my first wood-framed racquet. I managed to get good enough to make my high school tennis team in Houston, TX. I played recreationally in college and for several years after that, and then dropped the sport when I moved to Detroit, MI, in 1984. Along the way I upgraded racquets, each time opting for the latest wooden versions — the aluminum racquets didn’t feel right, and the early carbon fiber models that hit the market near the end of this period seemed too expensive and unproven.

Fast forward to 2008, when I decided to pick up the game again. Every racquet available was fashioned from carbon fiber, and there were multitudes of choices. I settled on a model from Wilson, which I have upgraded twice, since then, with the latest versions. I still own the last wooden racquet I purchased and have played with it for comparison. There is no comparison — my carbon fiber versions are so much better, offering a great balance of power and control. During the intervening 24 years, I also picked up golf and am now on my second set of clubs with carbon fiber shafts. (Like most carbon fiber sporting goods, the material was billed as “graphite”). I also became a snow skier and am on my fifth pair of composite skis. All of this makes me a repeat customer in multiple sectors of the composite sporting goods market. I made each iterative purchase because I believed the new models would improve my skill level and, for the most part, that has been true.

What can one read into this data? Has market saturation been reached in the sporting goods sector? Is the noted durability of composite materials partly responsible for the slower growth rate because fewer consumers have a need to replace broken equipment? Is what people already own “good enough” for the frequency and competition level at which they participate? One possible explanation is that improvements in performance today are, at best, incremental. I can recall in the 1990s, the introduction of a number of new high-modulus, high-strength carbon fibers that were immediately rolled out to market into high-priced and higher performance fly-fishing rods — to great fanfare. Golf shaft designers quickly took advantage of these new fibers to adjust nuances like torque and flex points. Driven by growing popularity of cycling races like the Tour de France, carbon fiber bicycles saw numerous innovations in the 1990s and 2000s, in materials and fabrication methods. These were times of rapid innovation. Today, however it seems like minor changes are promoted as major ones. In tennis, Wilson introduced a small amount of basalt fiber into some racquets a few years ago, and this year Head has introduced a racquet with a layer of graphene in the handle. Good for advertising? No doubt. Improved performance for the average player? That might be a bit more subjective.

Increasing regulations in sport also might be stifling innovation. In motorsports, Formula 1 teams were early and eager to adopt carbon fiber, then higher-modulus versions, at any cost. Other racing formats began to incorporate composites, but today, each motorsport class has restrictions in place to prevent “richer” teams from dominating. Competitive cycling and sailing also have various restrictions relative to equipment design. These limits also might be damping growth.

Who knows? Here’s what I know: Wilson has just introduced a new line of tennis racquets, a couple of which incorporate braided layers of carbon and aramid in addition to unidirectional carbon. This very afternoon I will be trying them out, looking for the next edge on the courts. It’s been 2 years since I last purchased a racquet — time for an upgrade.