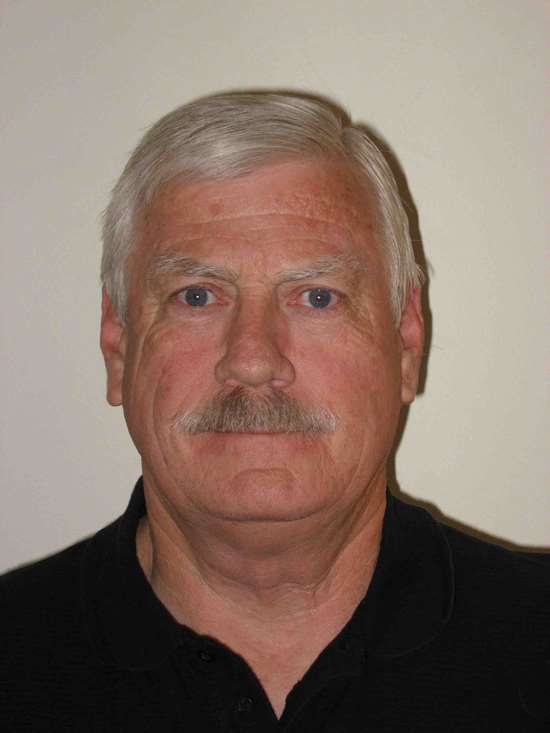 Carroll Grant is an independent contractor and occasional CW columnist. He provides marketing and automated process consulting services to the aerospace composites industry. For more information about his services, he can be contact at (801) 495-1819 or cggrant@xmission.com

Electroimpact’s Dual-Process Workcell: Electroimpact’s system has a typical x-axis travel of ~12.2m, depending on the customer’s size requirements. Installation footprint for this machine is about 18.3m by 12.2m. The workcell has AFP delivery head options of 8 or 16 tows and tow widths of 3.18 mm, 6.35 mm or 12.70 mm, and it also has a small ATL head option that will lay 76.2-mm, 152.4-mm, or 304.8-mm wide tape. All power and pneumatics are passed through a commercially available robotic toolchanger assembly. It also has integrated systems for laser projection, automated ply boundary inspection and automated lap/gap inspection.

My aerospace career spans 41 years, and manufacturing equipment has been its primary focus. I worked my way through college in an aircraft machine shop, where I operated a variety of metal processing equipment. When I got involved with aerospace composites in 1984, my experience with processing equipment continued, and my entire 31-year career in composites has been focused on automated lamination processes. When I started in composites, I was fortunate to work for the company that did a lot of the original development work on an automated lamination process known as automated fiber placement (AFP). I’ve watched AFP mature over the years and become the premier process for fabrication of composite aircraft primary structure, including fuselage structure on both the Boeing 787 and Airbus A350.

In the early days, AFP and automated tape layer (ATL) machines evolved to be quite large because they were developed typically for large aircraft structures (e.g., large skin panels). By contrast, the metals world in which I started my career had a wide variety of equipment sizes and configurations, and I often wondered when automated lamination technology for composites would mature to the point that a greater variety of machines would be offered to a wider range — and greater number — of potential customers.

The market for large ATL and AFP equipment has been driven, typically, by new aircraft programs (commercial and military) that have emerged every few years with expanded use of composite materials. But in the past few years, no new composites-intensive aircraft programs have appeared on the horizon. When Airbus and Boeing elected to re-engine their current A320 and 737 commercial aircraft instead of developing all-new, composites-intensive models (with composite content similar to the A350 and 787), the market for large ATL and AFP equipment was no longer as strong as it had been in previous years. This market reality has been a factor in machine suppliers’ development of more variety in composites lamination equipment.

During the past few years, we have begun to see an expanding variety of composites lamination equipment, and I have noticed something that I feel will be the “next big thing” in automated lamination. Several machine suppliers are offering equipment that is based on commercially available robots. Although this is not exactly new technology and has been offered for a few years by some of the smaller companies that offer composites equipment, such as Automated Dynamics (Schenectady, NY, US) and Coriolis Composites (Queven, France), the technology also has begun to catch on with some of the major composites machine suppliers. The most interesting examples I’ve seen are the small “dual-process workcells.” As the name implies, they have the capability to perform both AFP and ATL — one machine, two lamination processes. These have been developed by at least two of the major players, MTorres (Pamplona, Spain) and Electroimpact (Mukilteo, WA, US). Small, here, is a relative term. As the image captions at left indicate, the workcells are sizable, but they are much more compact than the AFP/ATL systems used to make aircraft primary structures, and they can be installed in most existing factories without major facility modifications prior to installation.

Dual-process workcells consist of a robot-based lamination machine that moves on x-axis rails/drives parallel to and between a layup table and a headstock/tailstock tool station. The layup table is primarily used for laying flat laminates, which are subsequently cut into individual pieces that are hot formed to achieve final part shape. When AFP is required to layup a more complex shaped part, the robot rotates to the side of the workcell that has a layup tool loaded into the headstock/tailstock. Electroimpact machine engineer Guy Faubion says, “One of the most attractive features of a dual-process workcell is it allows for complete cell utilization. The robot can be working in one workcell zone while personnel safely perform manual tasks, such as, part load/unload, part inspection, etc., in the other work zone.”

In both the MTorres and Electroimpact workcells, the slit tape material spools are mounted on the delivery heads. When the head runs out of (or runs low on) material, it can be changed out quickly for a delivery head with full spools of material and, therefore, minimize process down time. On Electroimpact’s dual-process workcell, for example, a spent delivery head can be dropped off and a fresh one picked up within 90 seconds.

With head quick-change capability, these workcells can use a conventional, individual tow-control AFP head to lay up complex-shaped parts and, if so desired, change to a compact-sized, low-complexity ATL head to lay up flat laminates.  MTorres machine design engineer Manu Motilva says, “Changing delivery heads from AFP processing to conventional ATL processing especially makes sense when several material formats are used. For example, ATL works great with fiberglass and expanded copper mesh, while the AFP head, with a 16-tow capacity, provides a material band up to 8 inches (203 mm) wide, and this should be sufficient for laying carbon fiber flat laminates on the layup-table side of the workcell.”

The processing flexibility, smaller size, ease of installation and lower cost of these robot-based workcells should make them very attractive to Tier II shops that supply smaller composite aircraft parts. Tier IIs have little need for (nor can they usually afford) large ATL and AFP equipment, but for many of them, at least some of the parts they build would benefit from AFP and/or ATL. Small dual-process workcells could provide the automated processing capabilities the smaller shops would like to have.

Dual-process workcell technology has been a need in aerospace composites for a long time. I suspect they will become quite popular in the coming years and that more suppliers will offer them. Automated lamination technology is, indeed, evolving … and that’s a good thing. Stay tuned. The best may be yet to come.