Spacesuits for the next generation

NASA has unveiled two new spacesuit designs that will be used for the Artemis program moon missions.
#space #aramidfiber 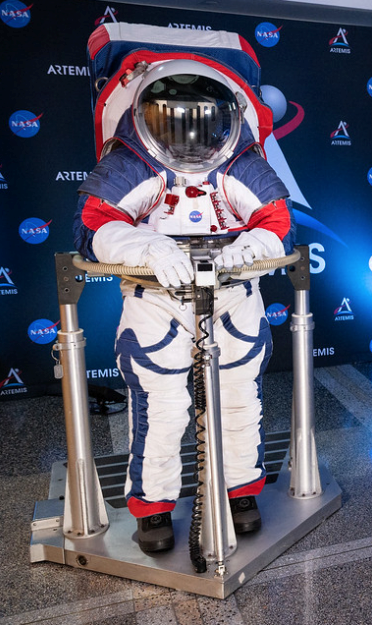 The xEMU suit offers much improved range of mobility over suits currently in use for extravehicular activity (EVA) and certainly over suits worn for the Apollo era moonwalks, which evoke images of stiff-legged astronauts bunny-hopping across the lunar surface. Circular bearings in the shoulders and waist of the new xEMU, as well as 3 bearings in the legs allow the wearer to walk and perform tasks much more easily than spacesuits have allowed in the past. The suit has a rear-entry hatch making it easier to for astronauts to suit-up. The suit is also modular in its design so that it can be configured for spacewalks or for planetary surfaces and different environments – plus its modular nature makes it easy to update as technologies evolve.

The new xEMU appears to have much in common with NASA’s Mark 3 space suit design, a NASA technology demonstrator aimed at enabling surface exploration and also NASA’s Z-2 spacesuit prototype, which was designed specifically for Mars. Both the Mark 3 and the Z-2 were built by ILC Dover (Frederica, Del., U.S.) and both feature carbon/epoxy torso and hip elements in the design. (Learn more about NASA’s Z-2 spacesuit prototype here.) NASA also revealed the OCSS spacesuit, designed as a pressurized launch and entry suit for Orion crewmembers. In the event of loss of cabin pressure, the OCSS can sustain an astronaut for up to six days. Improvements to the suit over shuttle-era launch entry suits (LES) include a lighter, stronger helmet, updated communications equipment, an improved cooling system, touch screen compatable gloves, improved fire resistance and CO2 scrubbing.