Today’s graphene market. First isolated as individual layers of carbon in 2004, today graphene is supplied commercially by about 200 suppliers globally, in forms such as additive powders, aqueous solutions and sheets. Source | Getty Images

Graphene, first isolated and characterized in 2004 by researchers at the University of Manchester (Manchester, U.K.) who used adhesive tape to separate graphite into individual layers of carbon, won its founders Andre Geim and Kostya Novoselov the Nobel Prize in Physics in 2010. A decade later, graphene-enhanced composite applications (from aramid nanofiber-reinforced supercapacitors for electric vehicle batteries to aerospace composite tooling and cryogenic pressure vessels) continue to pick up headlines. The material itself has been available commercially for about 10 years now, but, according to Terrance Barkan, executive director of the Graphene Council (New Bern, N.C., U.S.), graphene’s path to commercialization has been accelerating significantly over the past couple of years. In fact, more than 2,300 graphene-related patents have been approved in the past 12 months alone, the Graphene Council reports.

Hailed as a “wonder material,” graphene has become known for its impressive array of mechanical qualities, high costs and supply chain immaturity. As a result, the Graphene Council and others in the graphene industry are helping composites industry professionals take a fresh look at what graphene is and its potential within composites applications.

Graphene is a two-dimensional, planar sheet of bonded carbon atoms in a dense, honeycomb-shaped crystal lattice. Though the purest form of graphene is only one atom thick, graphene can also be fabricated in sheets comprising up to 10 or more carbon layers.

Graphene producers make graphene in a couple of different ways. One way is to exfoliate individual layers of carbon from a feedstock material such as the mineral graphite. Alternatively, layers of carbon can be deposited onto a substrate from a gaseous feedstock such as methane (this is called chemical vapor deposition, or CVD). CVD produces the thinnest, single-layer versions of graphene; most of the bulk or multi-layer graphene products that are used in composite applications are exfoliated from graphite.

After the Nobel Prize was awarded to Geim and Novoselov in 2010, there followed a surge in companies and laboratories clamoring to develop applications that use graphene, according to Barkan, because the material has proven to be the strongest, stiffest, thinnest material yet available.

In composites, graphene is typically used as an additive within resin matrices and other materials to enhance a variety of mechanical properties, including electrical and thermal conductivity, durability, flexibility, stiffness, UV resistance, weight reduction and fire resistance. Of particular importance for use in composite applications, Barkan notes, is that graphene can also reduce interlaminar shear failure, eliminate microcracking issues within a composite laminate and enhance impact resistance/toughness. “It’s basically magic,” he concludes.

Unlike other additives, graphene only needs to be incorporated in very small amounts to achieve the desired properties.

There is also an inherent sustainability factor to using graphene, points out Barkan. Graphene itself can be recycled from waste products such as biodiesel fuel, and its durability can add to a material or product’s lifespan, making them more sustainable. In addition, graphene is pure carbon, which avoids the potential toxicity of some other chemicals or additives used in resin matrices.

In addition to carbon layers, graphene comes in several commercial forms, including graphene oxide (GO, which is a compound of carbon, oxygen and hydrogen); reduced graphene oxide (rGO, which has less oxygen and more carbon); graphene powder, solution or paste; graphene nanoplatelets (with a thickness between 1-3 nanometers and lateral dimensions ranging from 100 nanometers to 100 microns); and functionalized graphene, which adds elements to the surface or edges of the graphene for some applications. One example of functionalized graphene is plasma-treated graphene produced by Haydale (Ammanford, U.K.), which is said to help prevent agglomeration during dispersion into a resin, according to Gemma Smith, Haydale global head of marketing. 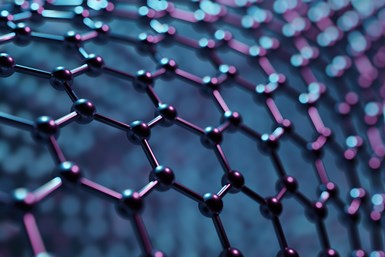 Graphene vs. carbon nanotubes. Carbon nanotubes (CNT) and graphene are sometimes lumped together, as both are nanomaterials made up of carbon that are often used as an additive within composites. They can share similar properties, though take different forms. CNTs are three-dimensional tubes of carbon that can be a variety of thicknesses and lengths, while graphene is a two-dimensional sheet of carbon. Some suppliers produce both graphene and CNTs. Source | Getty Images

In general, the smaller the number of layers, the higher the price. According to the Graphene Council, graphene with 1-2 layers can cost up to $100,000 per square meter (although commercial forms are far less expensive), while multi-layer graphene costs between $50-1,500 per kilogram. For many composites applications, Barkan says, multi-layer graphene or graphene nanoplatelets exhibit more than enough properties to be used. Barkan also notes that graphene molecules are so small that they’re fully encapsulated in the resin — there’s no chance of them “falling out” or being “liberated” during manufacture.

There are a number of ways that graphene in any of its forms can be dispersed for an application, using functionalization, compounding or a variety of solvents and surfactants. Barkan notes that one obstacle for commercialization of graphene is that dispersion methods are still a challenge to understand and execute for many applications.

According to Barkan, for composites applications, multi-layer nanoplatelets (1-5 nanometers thick) in black powder form are typically blended into the liquid resin or hardener. Unlike many other types of additives, graphene only needs to be incorporated in very small amounts to achieve the desired properties — frequently less than 1% by weight and often down to a tenth of a percent or less by weight, Barkan says. Some companies are also adding graphene to fiber sizing for certain applications, or it can even be woven into the fibers — some nylon fiber suppliers have done this, Barkan notes.

“Graphene can be used in almost any plastic, resin or solvent you can think of,” Barkan says. This includes thermoplastics, in which the graphene is typically incorporated into the thermoplastic beads or pellets during the melt mix stage. The combination of graphene with thermoplastic, Barkan says, increases the service temperature of the resin and extends its lifespan.

According to Barkan, there are currently more than 200 companies that claim to supply graphene. Of these, though, he says about 80% are small, lab-scale operations. He estimates there are about 30 industrial-scale graphene producers operating at present — with new companies entering the market frequently. The following is a list of commercial graphene suppliers that are members of The Graphene Council:

Markets and applications: From sporting goods to space 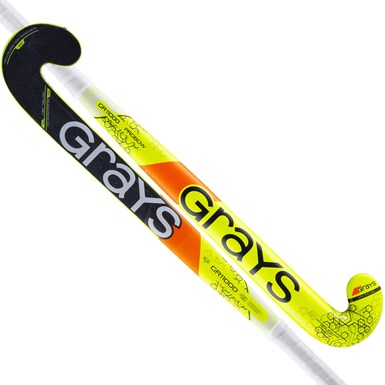 “Typically what happens after sporting goods [adopts a material],” Rose continues, “is that the industrial market starts to adopt it, and that can become quite broad.” The reach of graphene within the industrial market, he notes is not limited to composites: many of XG Sciences’ current customers use graphene to enhance the performance of packaging, or the recyclability of plastic bottles.

Automotive components in serial production. All of the body panels for BAC’s Mono R single-seater supercar are constructed from graphene-enhanced carbon fiber composites. The graphene is said to enhance the structural properties of the fiber to make panels stronger and lighter with improved mechanical and thermal performance. BAC worked with Haydale and Pentaxia Composites (Derby, U.K.) on the panels. Source | BAC

In aerospace, impact resistance and lightweighting are key. The aerospace market “seems like it’d have large potential,” Rose says, “but applications haven’t really ramped up to an appreciable volume yet.” While full qualification is yet to be achieved for graphene-enhanced composite aircraft components, a number of demonstrator parts in commercial aerospace have been unveiled or are in development, however. For example, a European Union-funded consortium called Graphene Flagship, which consists of more than 150 partner organizations in 23 countries, announced in 2018 the development of a graphene-enhanced composite horizontal tail leading edge for an Airbus A350. Consortium partners Airbus, Aernnova and Grupo Antolin-Ingenieria reported that the demonstrator showed increased mechanical and thermal properties, which allowed them to make the leading edge thinner and lighter while maintaining the required properties. The Graphene Flagship is also spearheading a project looking at use of graphene in deicing aircraft surfaces, as well as applications in automotive, batteries and more.

Electrical conductivity is another potential benefit of graphene in aerospace applications. In November 2019, Haydale launched a range of graphene-enhanced prepregs for lightning strike protection. The company reported that the functionalized graphene-enhanced material is suitable for improved electrical conductivity in structural components and for enclosures on electronic avionics systems. 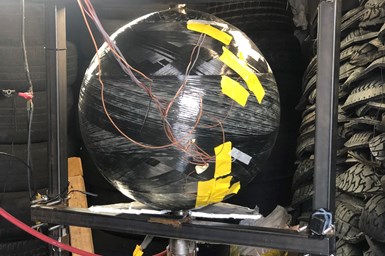 One application that Barkan says is overlooked is the use of graphene in composite tooling. Benefits of graphene-enhanced composite tooling include longer-lasting tooling and better heat distribution, he says. A recent example of this is a prototype tooling material developed by SHD Composites Ltd. (SHD, Sleaford, U.K.) in collaboration with Composite Tooling and Engineering Solutions Ltd. (CTES, Matlock, U.K.) and Applied Graphene Materials (AGM, Redcar & Cleveland, U.K.). Enhanced by graphene nanoplatelets from AGM, a demonstrator CFRP automated fiber placement (AFP) mandrel tool showed potential for lower-cost, high-performance aerospace part tooling. The team is working on developments such as processing the material out-of-autoclave (OOA) and prototype tooling for thermoplastic composite applications.

Experimentally, Barkan says that graphene is also being tested as an enhancement for composite wind turbine blades, whose high-impact surfaces and need for lightweight structures would be well-served by inclusion of graphene into the matrix. Smith adds that Haydale also sees potential for graphene in wind turbine blades to enhance electrical conductivity to protect against lightning strikes.

What’s next for this “wonder material”? Barkan predicts full commercialization of graphene within the next decade. “We have a lot of positive momentum,” Rose says, adding, “we’re still in somewhat of a discovery phase, but it will start with deliberate design and activity, which in the automotive world takes a long time, and quicker in markets like sporting goods … But that then provides more supply chain robustness and more knowledge about efficacy, and then becomes self-propagating.”

“I think that all sectors are now vying for use of graphene,” Smith adds, “because we have learnt how to use graphene, and how and where it offers improvements, thanks to a huge amount of research at companies and institutions like the University of Manchester specifically looking at different applications. … As an industry, we’re having sensible conversations with big space companies, big aerospace companies, big automotive companies, and because of this, I think the use of graphene in composites is going to grow. There's no reason why it wouldn’t.”

In the meantime, studies continue to emerge to fill in knowledge gaps. For example, The Graphene Council is working with Composites One (Arlington Heights, Ill., U.S.), the University of Manchester, Huntsman (The Woodlands, Texas, U.S.) and Chromaflo (Ashtabula, Ohio, U.S.) to coordinate a project testing different forms of graphene within a common resin system. For the project, graphene nanoplatelets, graphene oxide, reduced graphene oxide and functionalized graphene will each be added to a common resin system (Huntsman’s Araldite GY 282 epoxy resin, chosen because it is a common, widely used resin system), each at 1% by weight, 0.5% by weight, and 0.1% by weight. With no less than 14 different sample materials from eight companies obtained, each material system will each be made into a part that has a resin but no graphene, graphene but no fiber, resin with graphene and glass fiber, and resin with graphene and carbon fiber. Testing will include impact resistance, tensile strength, flexural modulus and interlaminar shear tests, Barkan says.

“It’ll be the first time that there’s been a third party, independent head-to-head comparison of different types of graphene from different companies using the exact same resin system and exactly the same tests,” Barkan says. The Graphene Council plans to publish the results publicly.

“I really invite people to take a look at [graphene] with a fresh set of eyes,” Barkan concludes, “because the quality is different [now, compared to a decade ago]. The price is different. The handling techniques are advanced. We have proven case studies, we have examples. It is being commercialized. And it’s worth taking a look at.”