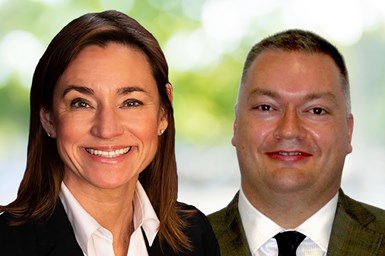 Michelman (Cincinnati, Ohio, U.S.) announced on August 18 that it has invested in its Fibers and Composites business segment by adding two new associates to better anticipate and serve its customers’ needs in the reinforced plastic composites market.

Gurit (Zurich, Switzerland) announced on August 17 the appointment of Mitja Schulz as CEO and member of the Executive Committee. Schulz is the successor of previous CEO Rudolf Hadorn.

Prior to joining Gurit, Schulz was senior vice president and CEO of ZF Wind Power Antwerpen NV (Lommel, Belgium), part of ZF Friedrichshafen ( Friedrichshafen, Germany). Before this, he also held a number of senior management positions within ZF Friedrichshafen and Porsche, where it is said he successfully executed major business transformation and growth programs.

Schulz holds a degree in business administration and economics from the University of Cooperative Education, Stuttgart. The exact date when Mitja Schulz will take office in Gurit will be announced at a later stage.

“We are pleased to welcome Mitja Schulz to Gurit as our new Chief Executive Officer. With solid leadership skills and extensive experience in global business conduct and execution, he is well equipped to take on the CEO position,” says Peter Leupp, chairman of the Gurit Board of Directors. 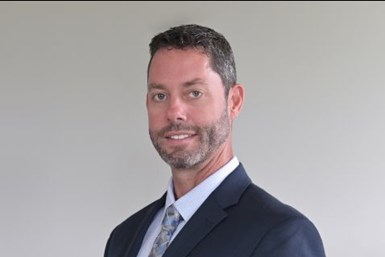 Tooling Tech Group (TTG, Macomb, Mich., U.S.), provider of highly engineered tools and automated assembly equipment to a wide range of industries, announced on August 12 that it has hired Brian Bosworth as business development manager for its Compression Molds and Thermoform Tooling division. According to TTG Bosworth will be responsible for increasing business with current customers, finding and developing new business markets and opportunities and developing sales goals for the company’s compression composite molds, thermoform tooling, rotational tooling and blow molds.

“Brian has great sales experience in composites tooling as well as within the automotive, aerospace and industrial sectors, making him a great fit for Tooling Tech Group,” says Todd Wodzinski, chief commercial officer.

Bosworth is said to bring extensive knowledge of composites and polymers manufacturing and tooling with him to this position. Before joining TTG, Bosworth was the senior sales manager for Prospect Mold and Die (Cuyahoga Falls, Ohio, U.S.) and, prior to that, was a technical sales manager of composite tooling for Rubbercraft (Long Beach, Calif., U.S.). Bosworth has a Bachelor of Science degree in industrial technology from Ohio University, is certified as a manufacturing technologist (CmfgT) by the Society of Manufacturing Engineers (SME, Dearborn, Mich., U.S.), and is a member of the Society of Plastics Engineers (SPE). 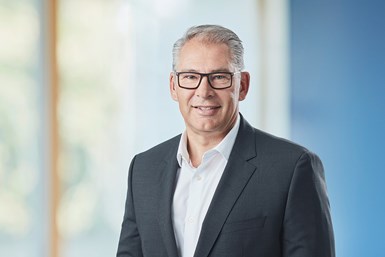 Joining Future Materials Group as a director with specialist expertise in the chemicals and materials sectors, FMG says Stephen Haller brings over 30 years of global experience within CEO, director and business leadership positions in Europe, the America’s and Australasia.

Stephen has held senior positions at the SI GROUP Inc. (Schenectady, NY, U.S.), VonRoll (Breitenbach, Switzerland) and Ciba-Geigy (Basel, Switzerland), where he oversaw the Strategy, M&A, Sales and Marketing and Business Development functions as well as having site operation and P&L responsibility for up to $500 million in EMEA and the U.S. Most recently Stephen served as CEO of Konapharma AG (Prattln, Switzerland).

Besides driving growth, Stephen is also said to have extensive experience in business portfolio optimization, operational excellence and change management.

“Stephen’s deep experience of strategy development and execution including M&A within the specialty chemicals and materials sectors is an excellent fit for FMG. We are delighted to welcome him to our growing team as we continue to strive to expand and strengthen the services provided to our clients,” says David Schofield, managing director of Future Materials Group.

Stephen will be based in Zurich, Switzerland.

Linda Hudson joins the Board of Directors of TPI Composites

TPI Composites Inc., (TPI; Scottsdale, Ariz., U.S.), an independent manufacturer of composite wind blades, announced on August 11 that Linda Hudson has joined its board of directors, effective August 11, 2020. Ms. Hudson will also serve on the Nominating and Corporate Governance Committee and Technology Committee of the Board. Ms. Hudson brings over 35 years of broad experience managing global operations in complex and highly regulated business environments.

“We are excited to have Linda join our board,” says Steven Lockard, TPI’s chairman of the Board. “We will greatly benefit from Linda’s CEO and public company board experience, as well as her global operations expertise as TPI continues to execute its strategy of diversified, profitable global growth.”

She has served in many leadership roles, including as the chairperson and CEO of The Cardea Group (New York, NY, U.S.), a management consulting firm that she founded, the CEO Emeritus of BAE, a U.S.-based subsidiary of BAE Systems (Farnborough, U.K.) and the president of BAE Systems’ Land and Armaments operating group, from Oct. 2006 to Oct. 2009. Prior to joining BAE Systems, Ms. Hudson served as vice president of General Dynamics Corporation (Reston, Vt., U.S.) and president of its Armament and Technical Products business and held various engineering, production operations, program management and business development positions for defense and aerospace companies. Ms. Hudson holds a B.S. in systems engineering from the University of Florida.

Ms. Hudson currently serves as a director of Bank of America Corporation and Trane Technologies plc (Swords, Ireland), formerly Ingersoll Rand plc, and previously served as a director of The Southern Company (Atlanta, Ga., U.S.) from 2014 to July 2018. 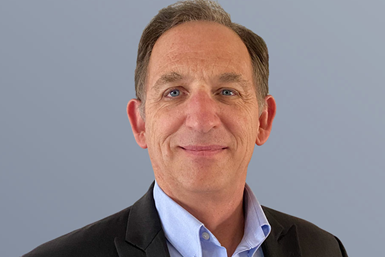 Wisk (Mountain View, Calif., U.S.) announced on August 4 that Eric  Johnson has joined the company as senior vice president of engineering and will serve on the company’s Executive Leadership Team.

“We are thrilled to have Eric join us,” says Gary Gysin, CEO of Wisk. “Eric brings strong technical and problem-solving skills with a long history in delivering certified platforms to the commercial marketplace. His demonstrated leadership in innovative aircraft development, integration, certification, testing and customer engagement is a great benefit to us as we move forward.”

Prior to this role, Eric was a chief engineer supporting Boeing NeXt (Manassas, Virg., U.S.), where he directed the engineering development and product safety for a joint team. Eric also served as product development chief engineer for the Boeing 777X program and chief engineer and airplane level integration team leader for the 777-8 program, and has held multiple management and engineering positions in airplane safety, electromagnetic effects, flight sciences, flight test, certification and sales. Eric began his career with McDonnell Aircraft Company (St. Louis, Miss., U.S.) and has a B.S. in aerospace engineering and mechanics from the University of Minnesota, a Master’s of Science in aerospace engineering from Texas A&M, and is an F-15 and commercially- rated pilot.

Jim holds a Masters in business administration from the University of Pennsylvania, Wharton School of Business and a Bachelor of Science degree in engineering science from Pennsylvania State University.

Gurit (Zurich, Switzerland) announced on August 3 the appointment of Dr. Ernest Lutz as general manager of its Wind Materials business unit and member of the Executive Committee, effective September 1, 2020.

Ernst Lutz is joining Gurit from Grundfos Holding A/S (Bjerringbro, Denmark), where he held the position of group executive vice president of Business Development and CTO. Prior to this, he served in several international executive positions at Sulzer Ltd. (Winterthur,Switzerland) and at the Alcan Group (Dubai, United Arab Emirates). Ernst Lutz holds an Engineering Diploma from ETH Zürich where he graduated in Fluid Dynamics and Composite Mechanics. Moreover, he holds a Ph.D. from Virginia Polytechnic Institute and State University Department of Engineering Science and Mechanics as well as an MBA from the University of Zurich and University of New York at Albany.

“The appointment of Ernst Lutz puts someone with a multinational business background and a solid connection to our Industry in charge of our Wind Materials business unit, and it is with great pleasure we welcome him to our team.” states Rudolf Hadorn, CEO of Gurit.

“I am very pleased that we have been able to appoint three very talented and experienced executives into the team, and also that with these appointments we can diversify the leadership of the company,” says Andreas Nauen, CEO. “We are currently engaged in a turnaround process that aims to deliver long-term sustainable growth and profitability to Siemens Gamesa and we need a strong management team to drive that. Each of these individuals brings a different skillset and expertise that will not only help them to manage their functions but also lead the company.”

According to the company, Puente will join Siemens Gamesa on December 1 from NH Hotels (Madrid, Spain) where she has served as executive managing director of finance and administration since 2015. Prior to that, Puente spent more than two years as CFO of Aena (Madrid, Spain). Puente, a Spanish national, will be based in Madrid. Thomas Spannring will continue in his role as interim CFO until Puente joins Siemens Gamesa.

Lars Bondo Krogsgaard has enjoyed an 18-year career in the wind industry, during which he spent periods as CEO of Nordex Acciona (Rostok, Germany) and co-CEO of MHI Vestas (Aarhus, Denmark). Earlier in his career, Krogsgaard spent more than four years with Siemens Wind Power, where he served as CEO for the EMEA region. Krogsgaard, will join Siemens Gamesa on November 1 and be based in the company´s Bilbao headquarters. Alfonso Faubel, the current CEO of Onshore is to leave Siemens Gamesa, and Andreas Nauen will take direct control of the business unit until November.

Juan Gutiérrez is to take over as CEO of the Service business unit, replacing Mark Albenze who will be retiring after almost 28 years with Siemens Gamesa and Siemens AG. Gutiérrez has been working in the energy industry with Siemens companies since 2005, with the last 12 years in the wind sector. He has experienced many roles in the Americas region including senior vice president of Latin America at Siemens Wind Power and most recently CEO of Service for the Americas region in Siemens Gamesa. Gutiérrez, will be based in Orlando, Fla., U.S., and will assume his new role effective August 15.