Although Mallinda’s vitrimer-based resin is offered in a two-component formulation that cures like a thermoset, it is also available in precured sheets like the ones abovet, that can can be stored at room temperature without shelf-life limits. To make parts, the sheet is simply heated past the Tg to soften the resin, formed to the desired shape and cooled. Mallinda calls this material a reprocessable thermoset. Source | Mallinda

There’s a new word to add to your composites lexicon, and it’s going to merit attention: Vitrimers. First discovered and named in 2011 by French researcher Ludwik Leibler, vitrimers are a class of plastics derived from thermosetting polymers that consist of molecular, covalent networks that can change their topology via thermally activated bond-exchange reactions. Like thermosets, vitrimers can be formulated to crosslink at certain temperatures. Like thermoplastics, at elevated temperatures vitrimers can be softened and reformed.

Until recently, vitrimers have been confined primarily to academic and lab settings. However, in the last couple of years a handful of suppliers have commercialized vitrimers that prove this class of material is here to stay. One such supplier, Mallinda (Denver, Colo., U.S.), is standing up operations and products based on vitrimer technology, and proving the material’s viability. 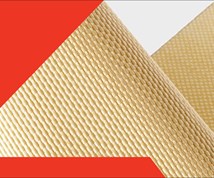 Philip Taynton, CTO of Mallinda, founded the company in 2014 with classmate Chris Kaffer, CEO. Taynton and Kaffer met at the University of Colorado (CU-Boulder), where both were in graduate programs, Taynton pursuing his doctorate in chemistry and Kaffer an MBA. Mallinda was created to commercialize vitrimers research Taynton had done at CU-Boulder. The goal, he said, was to develop and bring to market a matrix resin that would process like a thermosetting epoxy, but reprocess like a thermoplastic. Kaffer secured early funding for the company from the U.S National Science Foundation (NSF) and the State of Colorado, which got the company started.

In 2018, Taynton and Kaffer moved Mallinda back to Colorado and began product development and production in earnest. Along the way, they secured additional funding from NSF, the State of Colorado, the U.S. Department of Energy (DOE) and series A investment from SABIC Ventures. 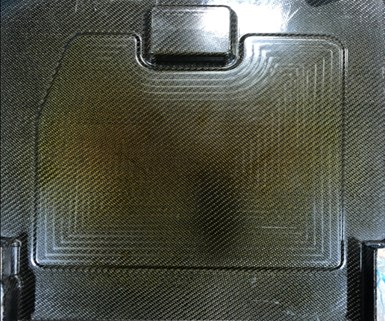 Taynton’s vitrimers work at CU-Boulder focused on development of a resin that uses exchangeable imine-linked chemical bonds. Imine-linked bonds, he says, have been well-known in the chemistry world for many decades, but have a reputation for being unstable in the presence of water. An imine-linked bond, says Taynton, “is very special because, as a carbon-nitrogen double bond, it is very strong and stable, but it is also readily exchangeable with other nearby C=N bonds without the need of a catalyst. The breakthrough we had at CU-Boulder was the development of perfectly stable imine-linked networks. This opened the door to a novel chemical platform that could not only compete with the mechanical performance of traditional thermosets, but also enable reversible post-cure processing of fully-cured crosslinked polymers.”

Further, notes Taynton, Mallinda’s imine-linked networks can be produced using commercially available reagents. Such attributes notwithstanding, Mallinda’s initial product’s “mechanical performance, price point, environmental sensitivity and manufacturability were all less than competitive for composite resins. Our development in the years since leaving CU-Boulder has focused on addressing all of these issues. We were able to develop a mechanically robust and versatile material platform technology to compete with incumbent legacy materials.”

Taynton says his first paper on imine-linked networks, published in 2014, anticipated the materials application as a matrix resin for use in composites manufacturing. “The potential was there,” he says, “but there were a lot of question marks that we have answered in the last six years.”

The answers to those questions centered on formulation development targeted toward commercial-scale production. Today, Taynton says, “we do not need to synthesize esoteric, chemical precursors to formulate our resins. Since we don’t have to synthesize any new chemical species, production costs are significantly lower, and we can scale very quickly.”

The result is a resin matrix that Taynton says “starts like any other thermoset.” It’s a two-part formulation that has a pot life and is cured using any of the traditional methods common in composites fabrication, including compression molding, oven cure or autoclave cure. It cures in 1-3 minutes and fully crosslinks like a thermoset does. It can also be prepregged. However, when the resin is heated to temperatures above the material’s Tg, those imine bonds begin to exchange rapidly and the resin softens. In this softened state, the part can be reshaped until the resin temperature drops back below Tg, at which point the bond exchange reaction slows essentially to zero as the network is frozen by the glass transition.

Due to the reversible chemistry inherent to vitrimers, the cured materials also can be depolymerized and separated from fiber under mild conditions, simply by addition of monomer precursors. The monomers themselves reversibly react into the network, and break it down into smaller molecular segments, yielding a liquid resin, which is easily separated from fiber and filler (see video, above). The recovered resin without modification can be formulated in to the next generation of production grade vitrimer resin. According to Taynton, the second generation resin can contain recycled resin loadings of 30-40%, which will enable further cost savings on the resin side in addition to the value of the recovered fiber material.

What should they call such a material? Taynton emphasizes that although it reprocesses similar to a thermoplastic, it is not a thermoplastic. And although it cures and crosslinks like a thermoset, it’s not an epoxy, polyester, vinyl ester or any other common resin system. “We call it a reprocessable or reversible thermoset,” Taynton says. 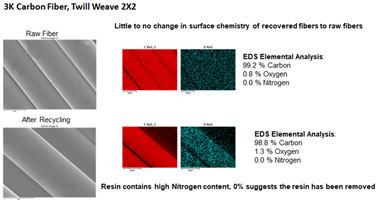 This micrograph demonstrates how fiber quality can be retained when recycling Mallinda’s reprocessable thermoset resin matrix system. Further, 30-40% of monomers produced as a byproduct of the recycling process can be incorporated into the next generation of the resin. Source | Mallinda

Mallinda is in the midst of developing and commercializing two resins based on its imine-linked technology. Taynton says the first, Vitrimax T60, targeted toward the sporting goods market, features a Tg that allows the material to be softened  at temperatures available to home end-users (60-80°C) and then reshaped for custom physical modification.

Possible uses for this material include ski poles and conforming pads for personal protection. The second product, called Vitrimax T130, is being positioned as a drop-in replacement for standard structural epoxies. It has a process temperature range of 180-200°C and a Tg of 130°C. It can be compression formed and is targeted toward use in automotive parts, wind blade spar caps and industrial structures.

Mallinda’s formulations can be purchased in liquid form, but Taynton says the most user-friendly format is fully cured sheets. To produce these, Mallinda prepregs the fiber of choice and then immediately cures it to create a sheet product. This sheet can be easily transported and stored at room temperature, has no shelf life limitations and can be quickly reheated to soften it for forming into the final shape. “In-mold times during this forming process are very quick,” Taynton says. “Also, we have shown good interlaminar bonding of our material. It also bonds very well to epoxy.” Mallinda’s resin, Taynton reports, has a surface energy similar to epoxy, thus it is compatible with most fibers that are sized for use with epoxies.

Also in the works by Mallinda are resin varieties compatible with pultrusion, resin transfer molding (RTM) and UD tapes. A fire, smoke and toxicity (FST) compliant resin is also being developed. In addition, the resins are being assessed for use with aramid fibers and ultra-high molecular weight polyethylene (UHMWPE) fibers. Welding and repairability are also being looked at, says Taynton.

Taynton contends that when he and Kaffer founded Mallinda, their initial focus was on development of a reprocessable resin that cured quickly using standard composites manufacturing processes. In the last few years, however, he says, “The driving force for this product has been the circular economy. Recycling has become imperative, especially in the EU, and our material is a good fit for that.”

However it’s used, taking this product to market will, of course, require development of industrial-scale manufacturing capacity. Mallinda is building capacity at its Denver location to produce 1 U.S. ton of each of its Vitrimax T60 and T130 products. Material from these lines will be used for customer trials and validation programs.

Full-scale production will be handled on a toll basis by industrial partners who, says Taynton, are better equipped for the task. Mallinda will handle product development and sales. Mallinda currently employs eight people, but Taynton expects that number to increase to 12-15 after the company secures its next round of financing.