CW readers will know about STELIA Aerospace (Toulouse, France) from our coverage of its thermoplastic composite fuselage demonstrator in the ARCHES TP project and my tour of the Méaulte facility in 2019. The company, however, has a deep reservoir of composites expertise, spanning multiple locations, parts and processes. STELIA Aerospace Composites (Salaunes, France) is located outside of Bordeaux. The site employs 330 people with 40,000 square meters of workshops and its own integrated test laboratory. It also comprises three core business segments: aerostructures, aircraft cabin components and filament-wound gas storage systems. The latter can be used for anything from oxygen to nitrogen to hydrogen, and has been a core business segment for more than 35 years.

STELIA Aerospace Composites was founded in 1984 as part of Aerospatiale. Since 1985, this facility in Salaunes has produced more than 70,000 composite overwrapped (Type II, III and IV) high-pressure tanks for a variety of applications.  The company’s work with hydrogen storage started in 1998 with development of a 9-liter/700 bar tank for the French Alternative Energies and Atomic Energy Commission (CEA, Paris). STELIA Aerospace Composites has also worked with the French car manufacturer Groupe PSA (Paris) — now merged with Fiat Chrysler to form Stellantis — and the global industrial gas company Air Liquide (Paris, France). It has also worked with automotive Tier 1 supplier Faurecia (Nanterre, France), which seeks to become a leader in fuel cell vehicle systems.

“STELIA Aerospace Composites is well-known within the pressurized gas storage field,” says Christophe Blois, chief technical officer for STELIA Aerospace Composites. “But now, with all the different green aircraft announcements and the transition to a zero-emission economy being supported by the French and EU governments, we're having more and more companies contact us.”

As a subsidiary of STELIA Aerospace, most of STELIA Aerospace Composites’ manufacturing experience has been with pressure vessels for aerospace and defense applications. “We have industrial filament winding capacity for tanks up to 5,000 liters,” says Blois, “and specialize in the complete design of tanks, tailored to meet our customer’s technical needs. This includes sizing, materials testing and selection and finite element analysis (FEA) modeling, as well as qualification testing (such as pressure cycling and burst) and monitoring of certification campaigns to meet the various industry standards and regulations.”

He points out that in under 18 months, STELIA Aerospace Composites completed the design for a important satellite tank application, compliant with the space industry’s qualification standards and with fully optimized production costs. “We qualified it, industrialized it and we’re now in the midst of completing four manufacturing series.”

STELIA Aerospace Composites has produced composite tanks for hydrogen storage ranging from 2.4 to 143 liters and pressures from 100 to 700 bar. “We are a leader in tank design and we have a very big ecosystem with which we work,” says Blois. 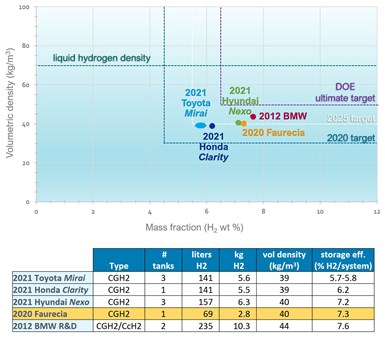 Fig. 1. The yellow text above shows how the technology that STELIA Aerospace Composites transferred to Faurecia for its compressed gas hydrogen (CGH2) tanks helped Faurecia to eventually achieve a mass fraction (storage efficiency) of 7.3% for the hydrogen storage tanks it produces for FCEVs.

In November 2016, STELIA Aerospace Composites announced it had developed a new 140-liter carbon fiber/epoxy composite storage tank for hydrogen aimed at improving range for fuel cell electric vehicles (FCEVs). This is roughly the same volume of hydrogen stored in the 2021 Toyota Mirai and Honda Clarity FCEVs, as can be seen in the table in Fig. 1. However, only the Clarity uses a single tank. The other two FCEVs currently in production — the Mirai and the Hyundai Nexo — both use three tanks.

Faurecia announced in a May 2017 press release that it had acquired an exclusive license to the intellectual property and process know-how regarding composite hydrogen tanks from STELIA Aerospace Composites. In April 2018, the two companies jointly exhibited a cutting-edge hydrogen storage tank prototype at the Hyvolution event in Paris. Faurecia explained it aimed to be a leader in fuel cell technology, predicting that 5 million FCEVs will be operational by 2035.

As I explained with my co-author Mike Favaloro in the 2021 SAMPE paper titled, “Projected growth rate of carbon fiber usage in hydrogen powered vehicles”, the main issue for compressed gas tanks is the low volumetric density of hydrogen gas. Even at a pressure of 700 bar, compressed gas (CGH2) tanks must be larger than liquid hydrogen (LH2) tanks. For example,  5 kilograms of hydrogen gas can be stored in a 125-liter tank at 700 bar and ambient temperature while 5 kilograms of liquid hydrogen can be stored in a 75-liter tank at ambient pressure and a cryogenic -252.87°C (source: “How is Hydrogen Stored?” by Air Liquide). This is why the aviation industry is looking at LH2 for aircraft and why automakers are seeking solutions to the space and weight issues of CGH2 tanks. Also, the higher pressure and large size needed to meet the required vehicle range by different car and truck manufacturers increases the amount of carbon fiber-reinforced composite needed, and thus tank cost.

Looking at the graph and table above, the 69-liter tank developed by Faurecia achieves a higher mass fraction than the three 2021 FCEV cars currently in production. Note: the mass fraction is the ratio of hydrogen gas mass to the tank system mass and also referred to as the storage efficiency. The only system with a higher storage efficiency than that reported by Faurecia is a prototype cryo-compressed (CcH2) tank/CGH2 tank combination developed by BMW and reported on from 2012-2015. That system — which is currently not available for production vehicles — is a hybrid between LH2 and CGH2 systems. By using cold temperatures (e.g., 233°C to -193°C) but also pressure (e.g., 350 bar), BMW claimed it is possible to eliminate boil-off issues in traditional LH2 tanks while achieving storage densities much higher than CGH2 and even LH2 systems.

As the chief technical officer for STELIA Aerospace Composites, Blois has been in the company for 30 years. I ask him about his company’s work with Air Liquide and whether the global industrial gas company could be serious about developing composite storage tanks. “They are interested in composite tanks for hydrogen, and we have worked with them,” he says. “In general, composites are really only used for mobile systems due to the amount of hydrogen needed for vehicle range and a push to reduce weight to extend that range. For stationary applications, there has not been much interest for a composites solution.” Blois also points out that most stationary hydrogen storage applications operate at lower pressures. “Composite tanks make sense if you work at 700 bar, but not if you work at pressures up to 200 bar. For that, you can use a metal tank.”

Can large tanks use pressures greater than 700 bar? “Pressures up to 1,000 bar can be considered,” says Blois. “The thickness of the composite walls in the tank is directly linked to the service pressure and to the tank diameter. Currently there is a limit in the tank wall thickness beyond which the perfomance of the composites decrease.”

What about using liquid versus compressed gas hydrogen for aviation? “Due to the large quantity of hydrogen necessary in an aircraft, the higher density of cryogenic gas is more interesting than compressed gas,” says Blois. “However, it is hard to maintain a temperature of 40°K to 80°K [-233°C to -193°C] in tanks for such a long time. It is still necessary to work on technical solutions.”

Where do you see the market for composite hydrogen storage tanks in the next five to 10 years? “In the first five years we think work will continue on hydrogen gas storage tanks, and there is still a lot of homework for us to do,” says Blois. “Knowing that the first tests in aircraft are now being performed using hydrogen gas storage, there will be some time required to develop the necessary technology and reach maturity on liquid hydrogen storage, but that should be possible in several years.”

Where will STELIA Aerospace Composites continue to work to advance hydrogen storage? “Our key focus is aeronautics and space,” says Blois, “but we're open to discussions and we feel very responsible to help with the transition to zero emissions. We are also capable to start operation for mid-serial production of high-pressure (700 bar) tanks and continue to evaluate all opportunities.” 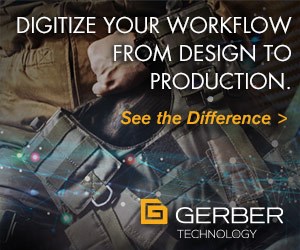