Integrating NDI into manufacturing: Online inspection of CFRP prior to cure 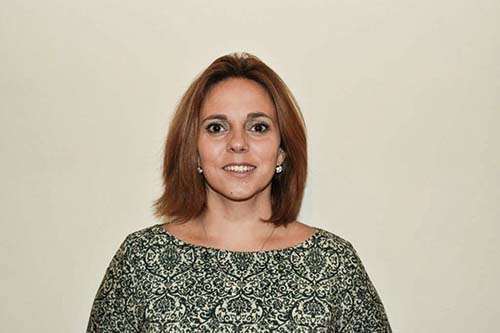 Esmeralda Cuevas is the head of nondestructive testing (NDT) technologies for aeronautical components at Tecnatom SA (San Sebastian de Los Reyes, Spain). She has 13 years of experience in NDT, eight researching innovative technologies, including those presented here, shearography, and simulation tools, such as Civa, where the ultrasound beam is modeled to understand its energy profile and interaction with simulated defects. She holds an MSc in chemistry specialized in physics, spectroscopy and quantum mechanics, with Level II certifications in ultrasonic testing (metallic, nonmetallic and aeronautic, UNE 473) and NDT inspection (UNE 4179).

The composites nondestructive inspection (NDI) community has identified online NDI as a concept that, if conveniently developed and implemented, could benefit its manufacturing processes. During the four-year TARGET project, awarded by the Centre for Industrial Technology Development (CDTI, Madrid, Spain) in 2010 to 14 industrial partners led by Airbus Operations (Getafe, Spain), Tecnatom SA (Madrid, Spain) investigated how to integrate NDI into the composites manufacturing process prior to cure stage.

Tecnatom’s goal was to identify where NDI integration adds value, increases effectiveness and reduces cycle times and/or the need for repeated manual inspections. This resulted in three main objectives:

The candidate methods considered most adequate and reliable for uncured materials were the following:

Laser-generated ultrasonics (LUS). This method uses a generator laser and an interferometry detector, which is also based on a laser (the bandwidth of the detector is 1-10 MHz). Controlling the energy density on the surface of the sample (spot size) without damaging it is a key requirement for LUS systems. It is also necessary to synchronize in space and time both lasers (generation and detection) to obtain the maximum information from the generated ultrasounds. Test results showed that this method is not appropriate for inspecting uncured CFRP composites because the heat of the ultrasound generation and detection lasers partially cures the layups.

Air-coupled ultrasonics (ACUT). A study of ACUT was completed in collaboration with the Spanish National Research Council (CSIC, Madrid). This study used various types of pulsers/receivers, plus an oscilloscope and several pairs of transducers, with frequencies of 0.25 MHz and 0.65 MHz. An aluminum mold was used to represent the tooling, which will exist beneath the actual layups during manufacturing. This method allows inspection without a coupling medium, the ultrasounds being propagated through the air, as its name suggests. Two techniques were tested: normal incidence transmission (longitudinal waves) and pitch and catch from a single face (Lamb wave), as shown in Figs. 1 & 2, at left. Prior to this investigation, little information was available about the ultrasonic properties of uncured CFRP. Therefore, a detailed study of prepreg layups was first performed to determine ultrasound velocity and attenuation, and these properties were used to model ultrasonic propagation through the system to define the appropriate inspection configuration. The results showed that wide-band (>25%) and low-frequency (<0.5 MHz) transducers are required to avoid the problem of very high attenuation in uncured CFRP. Likewise, a very high sensitivity (<-30 dB) is required in order to have a sufficiently high signal level transmitted.

Samples then were fabricated, using hand layup of up to 30 plies and different compaction schemes, with Teflon inserts to simulate the presence of defects. Inspections were performed throughout fabrication, evaluating the technique for uncured materials with different degrees of compaction and also to test the influence of ply count. It was expected that areas lacking compaction, though not a real defect (they would be removed during autoclave cure), would significantly affect the inspection, as would a larger number of plies. It also was expected that due to the high attenuation of the uncured material, inspection would be required for every new ply.

Comparing the amplitude of the received signal with a different number of plies after the same compaction procedure, it was possible to estimate the attenuation coefficient in the laminate, which was highly dependent on compaction. From these results, the maximum number of plies that can be inspected with this configuration was determined. For example, after a short compaction (less than 1 hour), inspection limit is 2-3 plies, but for uncompacted material, this is reduced to one ply. By comparison, after a long compaction (more than 15 hours) it should be possible to inspect 5-6 plies.

Results obtained using the transmission technique show that it is possible to identify, isolate and register the signal transmitted through the material and differentiate it from the multiple reflections that might appear. The presence of defects in the material causes a loss in the energy transmitted, which is seen as a drop in the amplitude of the transmitted signal. Thus, it was possible to detect 10- by 10-mm Teflon inserts at different depths compared to insert-free areas. Significantly, it was not necessary to inspect after every ply for compacted material, so this method can, indeed, reduce inspections and, thus, increase efficiency, if the method is used correctly.

The ACUT results for pitch and catch, however, reveal low signal amplitude and a very poor signal-to-noise ratio for uncured CFRP. This ACUT technique, therefore, ought only to be used when access to the part is limited to one side, and even then, the signal will require preamplifiers and other hardware and software tools to improve results.

Phased-array ultrasonics (UTPA). Tests were performed using electronic phased-array ultrasonics, with 16 full parallel channels and 64 multiplexed channels. Shoes (interface wedges used to steer longitudinal waves at relatively low angles) of different materials and thicknesses (16-30 mm) were used as well as several types of coupling media and transducers of different characteristics: Phased-array, wheels (phased-array probes embedded in a wheel made of a special rubber, and filled up with water) and frequencies between 0.185 mHz and 5 mHz.

This method is limited by contamination. Different inspection strategies were tested without using liquid coupling media, but these prevented the transmission of the ultrasounds between the part and the transducer. The poor results obtained effectively ruled out this technique, since the ultrasounds are incapable of passing through the vacuum bag, which is essential to prevent contamination of the uncured material during the manufacturing process.

Infrared Thermography (IT). Equipment includes an infrared camera with a 640 by 480 pixel long-wave detector, 24º lens and thermal sensitivity of 30 mK at 30ºC, as well as a 1,500W halogen spotlight for heating that is programmable to control duration of the pulses. The camera is connected to a computer for direct acquisition of images at 50 Hz (50 frames per second). In the tests, the camera and the halogen spotlight are placed on a plane parallel to the specimen to be inspected, with suitable focusing. The objective is to achieve a maximum percentage of inspection and a uniform beam of light.

Valencia University (Valencia, Spain) assessed different pulse durations at different distances to compare the degrees of ply compaction in subsequent analysis. Inspection testing showed that, depending on the increase in temperature (the longer the heat pulse, the higher the temperature) and the number of frames (the longer the inspection time, the higher number of frames), greater degrees of compaction result in greater heat transfer. Thus, to automate this technique for efficient defect detection, the heating excitation must be controlled according to both thickness and compaction. With such control, this method detected Teflon inserts in the fourth or fifth ply from the one in which they were positioned (see Fig. 3, at left).

To date, the two most promising pre-cure NDT candidates are IT and ACUT. Tecnatom has made detailed studies of online integration requirements for both techniques in a production environment, and has already adapted ACUT to its commercial robot-based Rabit systems, which were installed at customer facilities in 2014. Initial evaluation of IT/robot integration also has been completed, and a working procedure for online integration is established. Other technologies are still under investigation.