If not automotive then ... what? 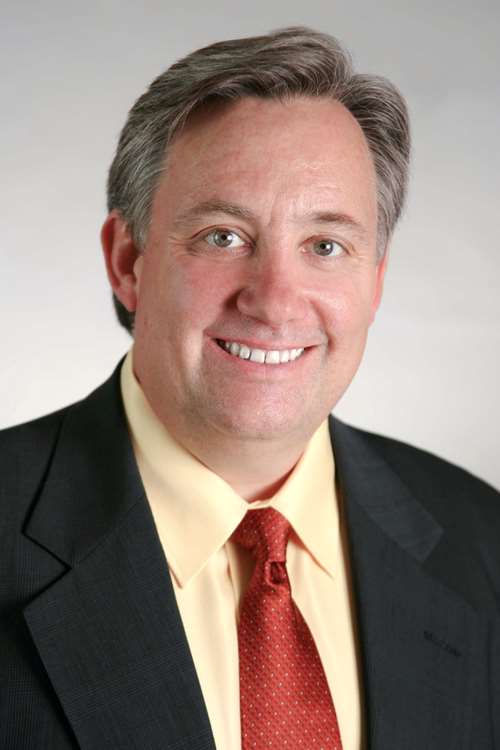 Dale Brosius is the head of his own consulting company and the president of Dayton, Ohio-based Quickstep Composites, the U.S. subsidiary of Australia-based Quickstep Technologies (Bankstown Airport, New South Wales), which develops out-of-autoclave curing processes for advanced composites. His career includes a number of positions at Dow Chemical, Fiberite and Cytec, and for three years he served as the general chair of SPE’s annual Automotive Composites Conference and Exhibition (ACCE). Brosius has a BS in chemical engineering from Texas A&M University and an MBA. Since 2000, he has been a contributing writer for Composites Technology and High-Performance Composites.

In my previous column (see "Where is the automotive composites supply chain?" under Editor's Picks, at top right), I raised a big question about carbon fiber composites as a means to improve automotive fuel economy and reduce carbon emissions: Are they destined to remain a niche solution, or will the OEM community step up to the investment required to use such materials on a grand scale, as the supplier community is hoping? Although high-performance sports cars that cost hundreds of thousands of dollars have employed carbon-intensive body structures, only BMW has, to date, committed to bringing a carbon fiber passenger cell to platforms designed for commuters and families.

Yes, there are a number of vehicles on the road today, or in development, that will incorporate carbon fiber in body panels, and a lot of R&D is focused on trying to achieve the elusive Class A finish required for the exterior surface. But the math is pretty simple: 100 kg/220 lb of carbon in a passenger cell multiplied by 30,000 vehicles equals 3,000 metric tonnes (6.6 million lb) of fiber — roughly the equivalent of a full-scale industrial carbon fiber line. Equipping cars with carbon fiber hoods requires 300,000 vehicles to achieve the same volume (at 10 kg/22 lb of carbon per hood). I’m using round numbers here to illustrate, but they are in the right ballpark.

Even though the technical requirements for surface finish are high, it is arguably easier to bolt on carbon fiber exterior panels than to reconfigure an assembly line to incorporate composites into body structure. This has always been a major stumbling block in industry acceptance. But the supplier community, especially on the raw materials side, is not looking for a market in automotive of 3,000 metric tonnes or even 20,000 metric tonnes (44.1 million lb) of fiber, but rather 40,000 to 60,000 metric tonnes (88.2 million to 132.3 million lb), with aspirations of 100,000 metric tonnes (220.5 million lb) or more by 2025. Resin requirements to pair with this fiber demand will be slightly less but of the same magnitude. To get there via the body panel route will require the equivalent of 10 million carbon fiber hoods per year. That’s a pretty tall order.

Although having lots of low-cost, industrial-grade fiber will help the automotive market move toward further adoption, it is the cost and speed of processing that will have the biggest impact on these decisions. Slow, expensive autoclave curing was the standard 10 years ago, but there have been tremendous advancements in new technologies that rely on fast-curing epoxy resins, including high-pressure resin transfer molding (RTM); press molding of prepregs and semipregs, with formulations that contain novel latent accelerators; and rapid-heating machines and tools — all aimed at lowering the costs and cycle times of carbon fiber parts. My company, Quickstep Composites LLC, is among those pursuing opportunities in this area with our Resin Spray Transfer (RST) process.

Epoxy cure times are already in the 5 to 10 minute range, and experimental formulations can cure in as few as two minutes. The formulation work is being led by the largest resin suppliers, including Momentive Specialty Chemicals  (Columbus, Ohio), The Dow Chemical Co. (Midland, Mich.), Huntsman Advanced Materials (The Woodlands, Texas) and Henkel AG & Co. KGaA (Rocky Hill, Conn.). Clearly, they see the large potential for fast-cure epoxies, should more OEMs choose to follow BMW’s lead.

It’s possible that other OEMs are taking a wait-and-see approach and are ready to be fast followers if BMW succeeds. But what happens to all this technology, not to mention the resin and fiber capacity, should automotive not deliver? Are there other markets that can take advantage of these advancements and make the suppliers’ technology investments pay off?

I contend that many industries stand to benefit from this development, although few offer the potential volume of automotive. Epoxy does a better job of translating carbon fiber properties than do polyester, vinyl ester and thermoplastics, allowing the fabrication of thinner, lighter structures. The same molding and catalyst technologies that are now under development for automotive applications could be translated to the aerospace market, which faces issues with cycle times and the need to get out of the autoclave for future aircraft and unmanned aerial vehicles. Further, aerospace composites are already dominated by epoxies.

Epoxy pultrusion has historically been slow compared to polyesters, but these new formulations could challenge that, especially for carbon structural elements targeted for construction or wind turbine spars. Continuous filament winding — of pipe, for example — also could achieve higher production rates, especially in the offshore oil and gas market. The electronics industry is increasing the use of carbon fiber in housings, mostly via thermoplastic stamping or injection molding. Continuous carbon with epoxy could make those housings thinner without compromising
performance.

All these alternatives take commitment and resources, but it’s not too early for those pursuing the automotive holy grail to begin exploration and market development elsewhere. Just in case.