Prior to joining American Tower in 2001, Taiclet was president of Honeywell Aerospace Services (Phoenix, Ariz., U.S.), a unit of Honeywell International, and prior to that was vice president of engine services at Pratt & Whitney (East Hartford, Conn., U.S.). He was also previously a consultant at McKinsey & Company (NYC, U.S.), specializing in telecommunications and aerospace strategy and operations.

Taiclet began his career as a U.S. Air Force officer and pilot and served a tour of duty in the Gulf War. He holds a master's degree in public affairs from Princeton University where he was awarded a fellowship at the Woodrow Wilson School, and is a distinguished graduate of the United States Air Force Academy with degrees in engineering and international relations.

"This leadership transition reflects deliberate and thorough succession planning and is being implemented at a time when Lockheed Martin is financially strong and positioned well for the future," Hewson says. "I have every confidence Jim and his executive leadership team will continue driving sustained success through  business strategy, strong customer relationships and mission focus."

As a part of the transition, several other executive leadership appointments became effective on June 15. Frank A. St. John, became chief operating officer. In this newly created role, he is responsible for the strategic, operational and financial performance of all the corporation's lines of business.

The Board of Directors and Markus Tacke at Siemens Gamesa Renewable Energy (SGRE, Zamudio, Spain) agreed to terminate Tacke’s CEO contract, effective June 17, 2020. Andreas Nauen, who has headed the company’s offshore activities, has been appointed the new CEO with immediate effect.

"We’d like to thank Markus Tacke for his work over the past three years and, in particular, for the integration of Siemens Wind Power and Gamesa in the course of the merger," says Miguel Angel López, chairman of the Board of Directors of Siemens Gamesa. López also notes that Nauen has successfully demonstrated his ability to handle complex projects in the past and has extensive experience with listed companies in the renewables sector.

Siemens reports a new CEO for the offshore division will be announced in due course. 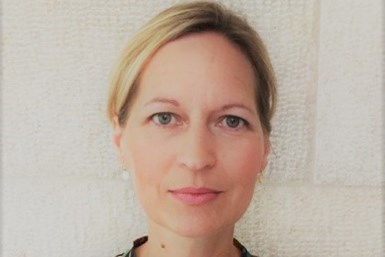 Hammond has a background in corporate governance, finance and project management and has worked at the University of Nottingham since 2012. CIMComp says Hammond has more than 10 years’ experience managing large-scale, multi-partner research projects funded by the EU and UK Research and Innovation (UKRI).

“We are really pleased to welcome Alex to the team,” says hub manager, Lee Harper. “Her experience of running multi-partner research projects will ensure Alex is a valuable asset to the team.”

SPE (Danbury, Conn., U.S.) reported on June 17 that it has elected several executive board members, as well as a newly appointed president. Dr. Jaime A. Gómez, president and CEO at Equitech, will assume the position of SPE president effective July 1 and his term will span 2020-2021. Dr. Jason Lyons, business manager at Arkema (King of Prussia, Penn., U.S.), will serve as SPE’s president-elect until 2021, when he will start his term as president through 2022. Other new board members beginning their terms on July 1, 2020, include Edward Trueman, who will serve as VP Business and Finance for a three-year term, and Conor Carlin, who will also serve a three-year term as VP Sustainability.

Jaime Gómez has 30-years of industry experience that includes plastics, specialty chemicals and materials handling — industries where he has conducted basic and applied research, evaluation and acquisition of technologies and companies, international business development and corporate strategic planning.

Currently president and CEO of Equitech, Gómez joined SPE in 1987 while pursuing his Ph.D. at the University of Connecticut. While there, he served as SPE’s Student Chapter president for two terms. He also served as a member of SPE’s Extrusion Division Board of Directors for six years and helped establish the Next Generation Advisory Board (NGAB). Gómez has been a member of SPE’s Board of Directors since 2013 and has served as SPE’s secretary, treasurer, VP marketing and communications, VP Events and president-elect. In addition to receiving SPE’s President’s Cup in 2014 and the Excellence in Mentoring Award in 2017, he invented and produced The Plastics Race, an event that promotes networking and knowledge exchange between SPE members.

Gómez received a Bachelor of Science in chemical engineering from Universidad Pontificia Bolivariana (UPB, Medellín, Colombia), an MS in Organic Chemistry from Wichita State University (Wichita, Kansas, U.S.) and a Ph.D. in polymer science from the University of Connecticut. In addition to his technical training, Gómez received an MBA from New York University (Stern School of Business) with a concentration in international business, finance and marketing.

Jason Lyons, president-elect effective July 1, is currently business manager for Arkema, Inc. He has been with the company since 2006. Prior to joining Arkema, Lyons was Research Engineer for NovaComp Inc. (Chile; Guatemala; Panama, U.S.) where he managed all aspects of a Phase I and II SBIR grant with the Army Research Labs, while writing and applying for additional federal grants.

From 2010-2018, Lyons sat on the SPE Engineering Properties & Structure Division (EPSDIV) Board of Directors. During that time, he introduced the EPSDIV Seminar Series, was an EPSDIV Technical Program Chair (TPC) in 2010 and 2017 and was EPSDIV Chair in 2014. He has been on the SPE Additive Manufacturing & 3D Printing Special Interest Group Board of Directors since 2016 and has been an ANTEC moderator since 2010. Lyons has been on the SPE Executive Board as VP Divisions since 2016.

Trueman has broad executive leadership experience on an international scale with experience in the U.S., Canada, Malaysia, Philippines and India. Trueman is an active member of the SPE Detroit Chapter and has a Bachelor of Science degree in economics from Eastern Michigan University.

Carlin’s involvement in SPE includes positions as membership chair, technical chair and magazine editor for the Thermoforming Division (2006-present) and is currently board member/secretary for the SPE Recycling Division (since 2017). Other SPE roles include his position as board member and secretary for the SPE Foundation (2015-2017). Carlin has been on the SPE Executive Board since 2017 as VP Marketing & Communications.

Carlin holds a Master of Business Administration from Babson College, F.W. Olin Graduate School of Business and a Bachelor of Arts degree in international relations and french language/literature from Boston University.

More information about SPE and its Executive Board and Council Committee can be found at www.4spe.org. 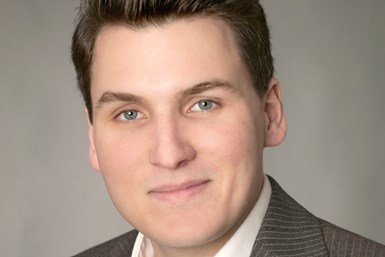 “Hans-Christian is a composites man through and through. His CV reads like he is ‘re-engineering personified’ at Composites for Europe,” says Goetz-Ulf Jungmichel, the event director in charge of materials trade fairs organized by Reed Exhibitions Deutschland. This, he adds, is specifically due to Früh’s broad-based thematic background in diverse composite applications and to his feel for challenges in the composite industry.

Composites for Europe adds that Früh, who studied mechanical engineering and aviation and aerospace technology at RWTH Aachen (Aachen, Germany), comes with expertise that predestines him for this new task. Born in Mülheim, Früh received his doctorate for a thesis on automated handling in composites production. Accompanied by international industry projects in the automotive and aerospace fields — including projects for electrically-propelled aviation devices and carbon-based musical instrument-making — Früh headed the research department, “Automated Composites Production,” which focuses on the automated and digitalization of composites.

The SAMPE Foundation, which is affiliated with the Society of the Advancement of Material and Process Engineering (SAMPE, Diamond Bar, Calif., U.S.), announced on May 27 unanimous approval of new board seats to John Unser of IACMI and Ronda Coguill of Highland Point Inc., for the 2020-2022 term.

Unser first joined SAMPE in 1986 while at McDonnell Douglas Aerospace. His most recent SAMPE involvement includes serving on the Technical Excellence Committee by taking on the lead role of Rapid Manufacturing Subcommittee. According to the SAMPE Foundation, he also supports the University of Tennessee SAMPE Student Chapter. In addition to presenting several papers at SAMPE conferences through the years, Unsur has served as moderator for SAMPE tutorial sessions.

It is noted that Coguill has been a SAMPE member for most of her composites career. She has served on many SAMPE committees, including Student Faculty Advisor, Student Bridge Contest, and most recently, the CAMX 2019 Technical Committee.

“The combined experiences of Unser and Coguill’s work in STEM-related programs ties in perfectly to the primary focus of the SAMPE Foundation’s objective, which is to promote education and innovation in the fields of materials and processes on a global basis, particularly at the kindergarten through the 12th-grade level,” says Ted Lynch, chairman of the SAMPE Foundation. 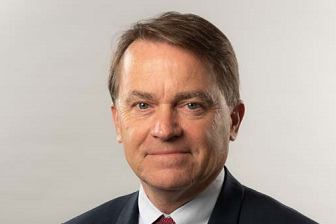 Supplier of resins and specialty materials AOC (Taipai, Taiwan) announced on June 18 the appointment of Stefan Osterwind as its new Managing Director, EMEA.  He will report to Joe Salley, CEO of AOC, and will start in his new role on August 17th, 2020.

“We are delighted that Stefan will be joining our team,” comments Joe Salley. “Stefan has more than 17 years of experience in the composites industry and will surely take a strong leadership role in growing our business in the coming years.” 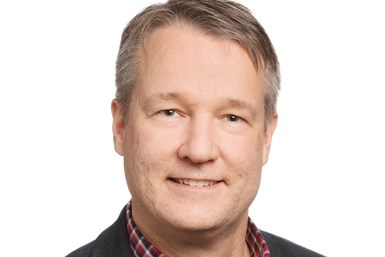 Global composites manufacturer Exel Composites (Vantaa, Finland) announced that it has appointed Juha Pesonen as segment owner for telecoms. Pesonen takes up the role from the organization’s head office and will lead the business’ telecoms offering across the globe.

Pesonen joins Exel from OptoFidelity (Tampere, Finland) where he was project portfolio manager for the testing and measurement solutions provider. He has built up more than 20 years of experience across the information and communications technology (ICT) and automation industries, fulfilling a number of project and portfolio management roles.

Starting his career as an electrical design engineer for the marine industry at ABB (Zürich, Switzerland), Pesonen then moved into a project management role at TietoEnator Oyj (Ussimaa, Finland), working with global organizations such as Nokia. His career took him to a variable speed drives technology company, Vacon (Vaasa, Finland), where he worked in several roles including as a key account manager in the U.S. According to Pesonen, his background across a variety of companies and industries enables him to understand customers and their business needs for Excel Composites, especially to meet with changing industrial practices.

“5G technology is on the verge of launching and will form the basis of a number of new applications,” Pesonen adds. “The Internet of Things (IoT) is a major industrial trend that is only set to grow and develop as technology continues to advance too. My role will not only help to integrate the advancements in the telecoms industry but also those from the wider industrial and technological sector.”

“Telecoms is an important industry for us and having Juha lead the segment will provide a great opportunity for us to support our customers as well as extend the products and services that we offer to the sector,” notes Olli Tevä, SVP marketing and sales at Exel Composites. “