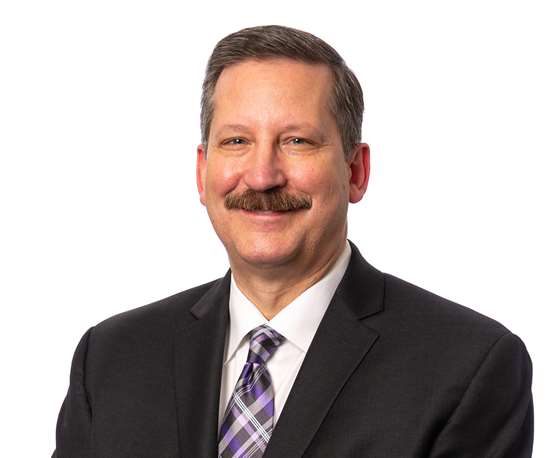 Lindberg graduated from Auburn University with a Bachelor of Science in Marketing and earned a Masters of Business Administration from the University of Memphis.

The committee honored Sawicki for exceptional leadership and dedication and with a commitment to excellence in the development, evolution and use of standards related to composite materials and their structures.

An ASTM International member since 2000, Sawicki has previously been awarded the Distinguished Service Award (2006), the Award of Appreciation (2007, 2009), the Service Award from the committee on standards (2008), and the Outgoing Chairman Award (2018). In addition to the committee on composite materials, Sawicki is a member of the committees on adhesives (D14) and additive manufacturing technologies (F42).

Sawicki has been with Boeing since 1990, serving in a variety of roles. He holds a bachelor’s degree and master’s degree in science of aeronautics and astronautics from the Massachusetts Institute of Technology and an MBA from Villanova University.

Thomsen will lead composites manufacturing and design research activities at Bristol Composites Institute (ACCIS), the collaboration between the University and the National Composites Centre and with the EPSRC Future Composites Manufacturing Research Hub (CIMCOMP).

Previously Thomsen was Professor of Structures and Materials at the University of Southampton (Southampton, U.K.) where he was also Head of the Infrastructure Research Group. His experience includes positions at Aalborg University, Denmark; the European Space Agency, European Space Research and Technology Centre, the Netherlands. In addition, he has held visiting professor positions with the Department of Mechanical Engineering and Center for Composite Materials, University of Delaware and Israel Institute of Technology.

Prof Thomsen has a distinguished record of research in composites design and methodologies that bridge design, manufacturing, modeling, validation and certification. He is Principal Investigator of the recently awarded £6.7M EPSRC Programme Grant ‘Certification for Design – Reshaping the Testing Pyramid’.

Over the course of his career, Bird has held increasing roles of responsibility directly supporting design, development and execution of over 45 prototype vehicles including milestone aircraft like SpaceShipOne, WhiteKnightOne and GlobalFlyer.

Campbell joins Shape from respected Formula One team Williams Grand Prix Engineering, where he spent 29 years, starting as a pattern maker and working his way up through the company to manufacturing manager.

Tooling Tech Group (TTG, Macomb, Mich., U.S.) has announced that Lee Childers, former TTG COO, has been named company CEO.  Childers will lead the Tooling Tech Group’s operations that provide a vast array of highly engineered design, tooling solutions and automation equipment to the company’s Tier 1 and OEM customers and will report directly to the board of directors.

Lee Childers is a graduate of Southern Illinois University, Carbondale with degrees in chemistry and business administration as well as being a current member of the Mechanical Engineering Advisory Board for Lawrence Technological University (Southfield, Mich.).

Anthony C. Seger, founder and former CEO of the Tooling Tech Group will be moving into a board role to continue advising and supporting the Tooling Tech management team. Seger has spent his entire career in the tooling field and is recognized as an industry leader in several areas, including thermoforming and foundry innovation, while also holding multiple United States patents.