The ends will be justified by the means

CW Editor-in-chief Jeff Sloan recalls the one question he's consistently fielded throughout his quarter century in magazine editing and publishing: “Don’t you worry about running out of things to write about?” Here's his answer.
#airbus #autoclave #discontinuousfiber 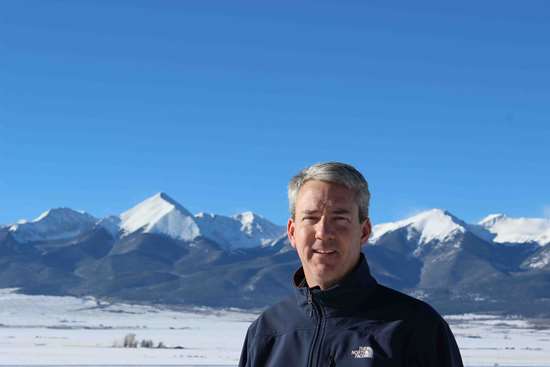 There is one question I have consistently fielded throughout my 25 years of magazine editing and publishing, and it goes something like this: “Don’t you worry about running out of things to write about?” The short answer is, “No.” The composites industry (and every industry, for that matter) is too active and dynamic to allow the editorial well to run dry.

The real measure of editorial evolution is what is covered and how, not how much. If you look back at what we published in these pages 10, 15 or 20 years ago, you will find stories that reflect, for the most part, the technology and thinking of the time. It is instructive, therefore, to assess what we are covering today to see what it tells us.

This month’s issue is particularly telling because it reflects what I argue is a tipping point for the composites industry. This tipping point represents the intersection of two governing principles of composites fabrication, one representing the past, and the other, the future. In the past, during the early decades of composites manufacturing, manual work prevailed, quality varied widely, and relatively high costs were tolerated because of the substantial mechanical and weight-saving benefits composites offered. In short, the ends justified the means.

Meanwhile (and this represents the environment into which we’re “tipping”), manufacturers of legacy materials, such as aluminum and steel, went back to the lab and did a great job of developing lighter alloys that have, in the past few years, eroded the cost/benefit advantage of composites. We’re seeing this play out vividly in the aerospace and automotive markets. Thus, the pressure is now on composites fabricators to optimize material selection and part design and develop mass-production strategies that demonstrate not only an end-product performance advantage, but a manufacturing cost/efficiency edge as well. In short, the end product increasingly will be justified by the means.

We have several stories this month that reflect the industry’s effort not only to be more cost-effective and efficient but to tackle applications that just a few years ago would have been impossible to consider. You’ll find the impossibility in our story (see "SFMOMA façade: Advancing the art of high-rise FRP," under "Editor's Pick's," at top right) about the composite façade realized and fabricated by Kreysler & Associates for the San Francisco Museum of Modern Art (SFMOMA). This project represents not only an unprecedented use of composites in a daunting construction scenario, but also a composites-enabled consolidation of structures and installation activities that enabled the SFMOMA contractor to actually save money compared to conventional materials and methods.

On p. 34, you will find Sara Black’s report on thermoplastic composites R&D in European aerospace applications, based on visits she and I paid to several thermoplastics specialists in The Netherlands and France earlier this year. Boeing and Airbus are investing substantial time and money in an effort to prove the viability of composites in aerostructures, and companies such as Fokker Aerostructures are not only proving such viability but also earning production contracts in the process.

Our two Works in Progress stories this month (see "Carbon fiber as a replacement for glass fiber in D-LFT auto parts" and "Out-of-autoclave processing: <1% void content?" under "Editor's Picks") address, respectively, chopped carbon fiber mechanical strength and bubble behavior in out-of-autoclave (OOA) fabrication. The appeal of chopped carbon fiber is substantial, as Donna Dawson’s report shows — at the right length and orientation, it could offer mechanical properties approaching continuous carbon fiber. Understanding and managing bubble behavior in OOA processing has real potential to help fabricators more efficiently produce composite structures, out of the autoclave, that are comparable with autoclave-cured structures.

Finally, you’ll find Peggy Malnati’s report on the design and development of the composite decklid for the Nissan GT-R (click on "Prepreg compression molding makes its commercial debut," under "Editor's Picks"). This is a relatively high-end vehicle, but the application proves the efficiency and affordability of composites in automotive, thanks in the main to a compression molding-based process can achieve production volumes of up to 50,000 units per year.

So, no, we’ll not run out of editorial fodder anytime soon, and we have you to thank for that. And here’s hoping that we continue to tip toward ends that are justified by the means.