Robot-based continuous ultrasonic welding will be used to integrate the stringers on the upper half of the MFFD. Photo Credit: German Aerospace Center (DLR)

Reduced fuel emissions and energy consumption, and the ability to produce single-aisle commercial aircraft at rates of at least 60 per month, are driving the Clean Sky 2 European partnership's technology development for the next generation of aircraft taking to the skies in 2035 and beyond. Lightweight composites and faster, more environmentally conscious manufacturing processes are making these goals a reality, especially for the Multifunctional Fuselage Demonstrator (MFFD) project.

The main deliverable for this project, which is led by Airbus (Hamburg, Germany) with partners from academia and the aviation industry, is an 8-meter-long, thermoplastic composite, single-aisle commercial aircraft fuselage barrel demonstrator, to be produced by 2022. The MFFD is one of three full-scale fuselage sections being produced within Clean Sky 2’s Large Passenger Aircraft (LPA) Innovative Aircraft Demonstrator Platform (IADP). 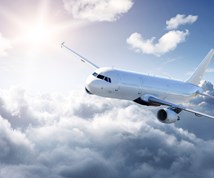 Begun in 2014, the MFFD project’s goals include:

To achieve these goals, dozens of individual projects and work packages are being completed,  with two main structures being produced: an upper fuselage shell and a lower fuselage shell, which will be welded together to form the final demonstrator. In fact, dustless joining (without fasteners or holes) via welding is one major component of the program. Both halves are being fabricated from Toray Cetex TC1225 low-melt polyaryletherketone (PAEK) carbon fiber thermoplastic prepreg from Toray Advanced Composites (Morgan Hill, Calif., U.S.). According to Dr.-Ing. Lars Larsen, head of joining and assembly technologies at the German Aerospace Center (DLR; Augsburg, Germany), both halves will test the use of different manufacturing techniques. 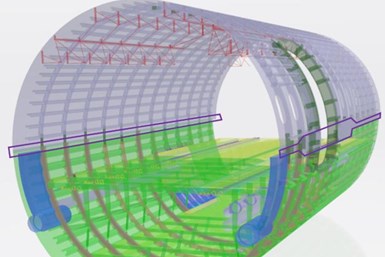 lllustration of the intermediate overall MFFD design with the longitudinal joints highlighted (purple).

The lower fuselage section of the MFFD is being produced through project STUNNING (SmarT mUlti-fuNctionNal and INtegrated thermoplastic fuselaGe), which itself has many projects underneath it (such as MECATESTERS, focused on induction welding). The lower section will comprise the lower fuselage shell with welded stringers and frames, the cabin and cargo floor structure and relevant interior and system elements.

“Our industry impact is two-fold: the level of automation that we are applying to the assembly of the demonstrator, and developing sustainable ways to produce parts,” says Dr. Bas Veldman, program manager at GKN Fokker.

According to a paper Veldman published in February 2020, modular assembly of the lower fuselage is key to achieving the goal of fast production times. To manufacture the main skin of the fuselage, large preforms made of carbon fiber/thermoplastic prepreg are laid by an ultrasonic- or laser-heated automated tape laying (ATL) machine but not in-situ consolidated. Details are laid by an automated fiber placement (AFP) machine. Robots then place the preforms in a female consolidation mold, and after bagging, the skin is consolidated in an autoclave. According to Veldman, out-of-autoclave processes are also being investigated. The stringers and frames will be welded to the skin.

For the aerospace industry to transition to more expensive thermoplastic materials, Larsen says, “we have to show that we can save costs during production.”

“Originally, the plan was to have all the parts manufactured this year,” Veldman says, but due to coronavirus-related delays, “It's now transitioning into next year as well. But we do have quite a few parts that have now been completed,” including many of the smaller press-formed parts such as clips, struts and brackets that will be used for attaching aircraft seats and other components. Emphasizing sustainable manufacturing, Veldman adds that some of the clips are manufactured from reused offcuts from other parts on the demonstrator, through a Clean Sky 2 project called ECO-CLIP.

Beginning in early 2020, the consortium producing the 8-meter-long upper shell includes Airbus, Premium Aerotec (Augsburg, Germany), which is the industrial and structural design lead; DLR, in charge of the skin layup and welding technology development; and Aernnova (Vitoria-Gasteiz, Spain), which is producing the stringers.

The design for the upper half. Photo Credit: German Aerospace Center (DLR)

For the aerospace industry to transition to more expensive thermoplastic materials, Larsen says, “We have to show that we can save costs during production.” The upper half consortium is developing novel advanced fiber placement (AFP) technology with, notably, in-situ consolidation for the carbon fiber/PAEK skin layup, as well as industrialization of continuous ultrasonic welding and resistance welding for integration of the stringers, frames and other components, improving safety and reducing cost. DLR is first building a 1-meter-long, pre-demonstrator test shell to validate the technologies before the full-scale demonstrator is built, and plans to have the skin for the pre-demonstrator shell fabricated by the end of 2020. Integration of the stringers is scheduled for early 2021.

The full-scale versions of both halves are expected to be completed by the end of 2021. Once completed, they will be welded into the final demonstrator at the Fraunhofer Institute for Manufacturing Technology and Advanced Materials IFAM (Stade, Germany). 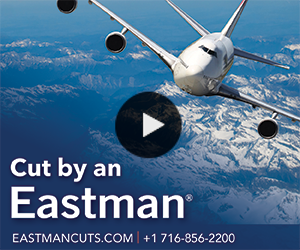