Previously, Hawes was the General Manager of Nammo Composite Solutions, where he was responsible for oversight of both operations and engineering, establishing new product lines, and setting the strategy for what resulted in triple top-line revenue growth of the business unit. He has expertise in composites and textiles and held leadership positions at ITT and Quaker Fabrics. Most recently, he was General Manager at Eclipse Composites Engineering. Karl has a B.A. in economics and has been recognized by Utah Business Magazine as “Sales and Marketer” of the year. 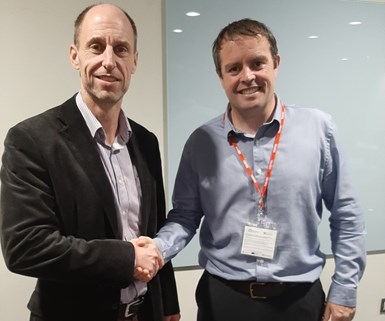 Allan Curtis of Design and Display Structures Ltd. (London, U.K.) has been announced as the new chair of the Composites UK Construction Sector Group (Berkhamsted, U.K.). The announcement comes after the group’s last meeting on Dec. 3, 2019.

Curtis brings more than 30 years’ experience in the construction industry, initially in high-end curtain walling systems before transferring his skills over to glass-reinforced polymer (GRP) cladding in 1994. He is currently owner and director of Design & Display Structures, a company he has developed into a market leader providing bespoke ‘design and build’ package solutions.

He takes over the role from James Henderson of Atkins Ltd., who now chairs the Composites Leadership Forum’s (CLF) construction group.

“I am delighted to receive this opportunity to work alongside industry colleagues to raise awareness of the wide range of benefits composites can offer to construction projects, end clients and the professionals working within it,” Curtis says. 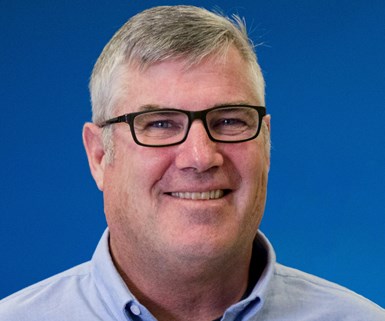 Eric Heilshorn has joined the company’s outside sales department to handle sales of PRO-SET and PRO-VAC USA Vacuum Bagging Consumables in the Western region of the United States. According to Gougeon Brothers, Heilshorn’s long marine industry career in design engineering and manufacturing make him uniquely qualified to assist GBI clients with their composite manufacturing projects. He comes from 3A Composites (High Point, N.C., U.S.), where he managed four primary product lines and 30 different product offerings in the North American market. Prior to that he spent several years as the Northern Regional Sales manager for Vectorply Corp. (Phenix City, Ala., U.S.), where he strengthened supplier-distributor relationships from the Mid-West to Eastern Canada. He holds a Bachelor of Science degree from Plymouth State College and a Certificate of Design from The Landing School in Arundel, Maine. 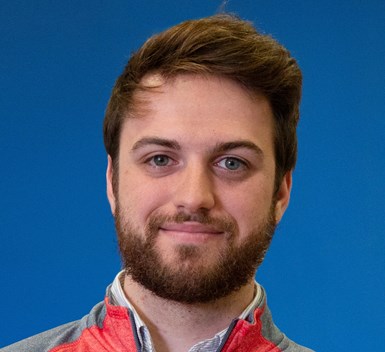 Tyler Pier is the newest member of the growing GBI marketing department. He will spearhead all digital marketing efforts including SEO and social media, with special focus on entropy resins and WEST SYSTEM. He earned a Bachelor of Business degree from Western Michigan University and gained digital marketing experience working at closed-cell foam manufacturer Sekisui Voltek.

Gurit (Zurch, Switzerland) announced on Dec. 20 that Stefan Gautschi, general manager of composite materials, will leave Gurit by June 2020 to assume another professional opportunity outside the advanced composites industry. According to Gurit, Gautschi joined the company in 2013 and made strong contributions to the development and growth of the composite materials business unit.

Additive electronics manufacturing provider Nano Dimension Ltd. (Ness Ziona, Israel) has appointed Yoav Stern as president and CEO effective Jan. 2, 2020. He will be succeeding the co-founder and current CEO Amit Dror, who is taking the executive role of Customer Success Officer reporting directly to Stern. Dror will also continue to serve as a director on the company’s Board of Directors.

According to the company, Stern is a seasoned executive with a proven track record spanning decades in operating roles as CEO and chairman as well as an active hand-on investor in high-tech companies, specializing in machine vision, fiber optics, defense-tech, communication solutions, aerospace and homeland security. Stern spent most of his operating career in the U.S., running both public and private companies with global operations.

Stern has a B.Sc. degree in Mathematics and Computer Science, a Diploma in Automation and Mechanical Engineering and an M.A. in International Relations from NYU.

“The Board is pleased to have attracted a proven turnaround executive of Mr. Stern’s caliber to lead Nano Dimension,” says Avi Reichental, Chairman of the Board of Nano Dimension. “Throughout his career, Yoav successfully transitioned several promising advanced-tech companies into scalable growth, and that is exactly what Nano Dimension needs at this stage. We are very grateful to Amit Dror, co-founder and current CEO who together with the Board ably initiated and led the search for his successor, and will remain part of the company’s leadership team, serving as Customer Success Officer.”

After serving as CEO and executive director for 16 years, Gregg Balko plans to retire from the Society for the Advancement of Material and Processing Engineering North America (SAMPE, Diamond Bar, Calif., U.S.) in July 2020. SAMPE leadership has formed a committee to search for a successor.

Shape Machining Ltd (Oxfordshire, U.K.) announced on Dec. 23 that it has increased its workforce by employing additional pattern makers, which the company says will result in reduced lead times and quicker reactivity to tight deadline RFQ’s.

“Having additional highly skilled people with experience within the F1 industry has allowed increased capacity for car build, and we hope to continue adding to this in 2020,” says Ryan Muller, managing director.

“As well as additional direct staff, we now also have a dedicated scheduling team liaising with shop floor management, guaranteeing increased workflow in the business as well as better communication,” Muller adds. “This has allowed for a reduced scrap rate as well as ensuring the customers’ requirements are relayed from the office to the shop floor.” 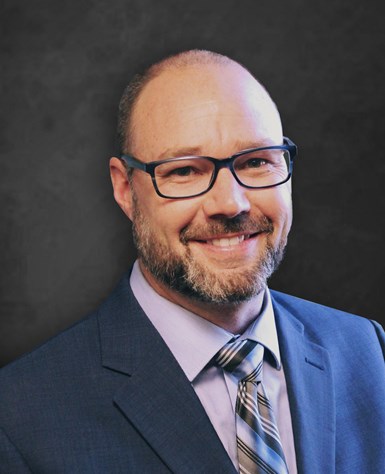 Brian Smiddy has been promoted to the role of Vice President of Product Development.  He has been with Thermwood since 1995 and has managed the engineering department over the past 17 years. In this new position, Smiddy will be responsible for new technology development and incorporation of that technology into Thermwood’s product line and production processes. In the past three years, Smiddy has assisted in activities that have generated more than 50 patents on new technical developments. In his new position, he will be able to focus more directly on these activities. 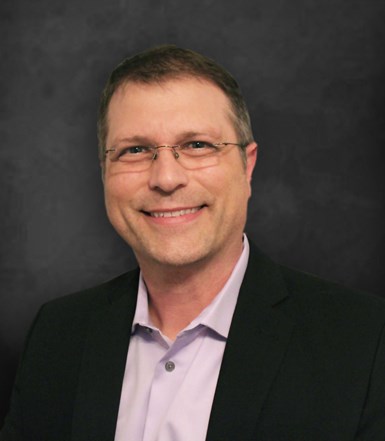 Larry Epplin has been promoted to the role of Vice President of Software Development. He has been with Thermwood since 2000, developing and managing the company’s cabinet design software products. In this new position, Epplin will manage the development of Thermwood’s software product line, including integrating a type of artificial intelligence into Thermwood’s CNC control so that cabinet makers can produce and almost unlimited number of products without needing a CNC programmer. He will also oversee continued development of Thermwood’s industrial 3D printing software and manage a network of thousands of cabinet shops currently using Thermwood software to design their products and run their shops.

Duane Marrett has been promoted to the role of Vice President of Marketing.  Marrett’s career at Thermwood began in 1998 in the engineering department as a technical writer, and has since held positions with increasing responsibilities in various marketing functions. In his most recent position, he developed and managed the company website, interacted with traditional and social media along with creating promotional videos, issuing product releases and conducting market analytics for the company. In Marrett’s new position, he will manage Thermwood’s overall marketing function, including development and execution of trade show exhibitions around the world and overall management of company functions.

John Fuquay has been promoted to the role of Manager of Engineering. He has been with Thermwood since 2003 in engineering, designing products and providing documentation for production. In his new position, Fuquay will manage the engineering department, implementing new product designs, maintaining the extensive engineering database and providing engineering support to manufacturing. 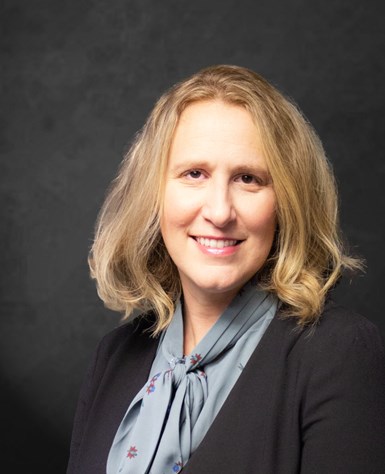 Jennifer Watt has been promoted to the role of Chief Legal Officer, Secretary and Vice President. In this role, Watt has oversight of all legal aspects of the company and its corporate governance. Watt previously served as Vice President and General Counsel for the company. Prior to joining Thermwood, Watt was an Associate with the Indianapolis based law firm of Kroger, Gardis & Regas and the Chicago-based law firm of Leo & Weber. Watt earned her J.D. degree from the Chicago-Kent College of Law and a Bachelor of Science in Business from the Indiana University Kelley School of Business. She is a licensed member of the Indiana and Illinois Bar Associations.