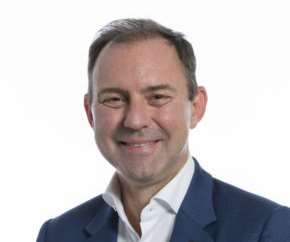 André-Hubert Roussel has been appointed by the ArianeGroup (Issy-les-Moulineaux, France) Board of Directors as Chief Executive Officer, effective January 1, 2019, further to a proposal from shareholders Airbus and Safran. He replaces Alain Charmeau, founder of ArianeGroup, who will retire after a transition period. André-Hubert Roussel, a member of ArianeGroup board since July 2018, is currently Head of Operations at Airbus Defence and Space.

Pritchett has a degree in chemical engineering from Pennsylvania State University and an MBA from the Goizueta Business School at Emory University. In addition, she received training through the Harvard Business School Leadership Program and is a Six Sigma Black Belt.

For over 30 years, Dobosenski has held various roles at machine tool and manufacturing companies ranging from executive level positions to operations, service, application management and sales. He has also been well established at Methods, including a successful run as regional sales manager, leading up to his current role of general manager for Memphis operations.

MTorres (Torres de Elorz, Spain) announced recently that, as of October 9, 2018, Luis Pérez Oliva has assumed the role of chief executive officer (CEO), replacing César Fernández de Velasco who will become one of the company’s directors. Oliva previously held the position of senior vice president for customers and markets for MTorres. He has broad experience in the aerospace sector, and has held positions at Gamesa, Aernnova, CASA, Pratt & Whitney and BASF. Oliva holds master’s degrees in aeronautical engineering (Madrid Polytechnic University) and finance (Rensselaer Polytechnic Institute).

Zund America Inc. (Franklin, WI, US), has announced the recent appointment of Dan Ryan to the position of CEO for Zünd’s Milwaukee-based North American operations. Ryan an MBA from Marquette University and more than 20 years of varied management experience with Harley-Davidson, John Deere, and other major companies in the Midwest. Ryan’s primary focus will be on creating a long-term vision for the company, with efficient business practices, continuous process improvements, and strategies for continued, sustainable growth in digital cutting system sales and support services.