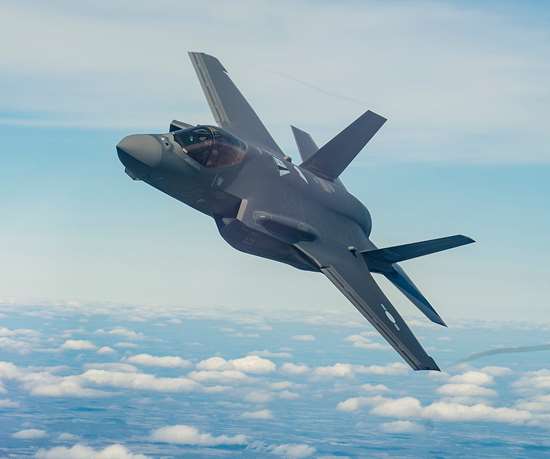 Israel Aerospace Industries (IAI, Israel) has launched a new production line for composite skins for the F-35 wings. The line was established following Lockheed Martin’s (Bethesda, MD, US) decision to expand the skins’ production and its selection of IAI as the subcontractor responsible for the manufacturing.

IAI board approved the construction of the new production line in 2015. The 20-year program is expected to yield revenues of hundreds of millions of dollars, with shipments expected from the beginning of 2019. The first shipments will be of some 700 kits with potential for additional orders at a later stage.

The skins will be manufactured by means of automatic fiber placement (AFP) that comprises layers of composite materials. The layers consist of 3-mm threads that become a cohesive unit, thus forming the special wing skin that provides them with the stealth capability.

According to IAI, the establishment of the new production line constitutes a significant improvement of the company’s automation and robotics capabilities, allowing it to become a key player in the military and commercial aero structures field.