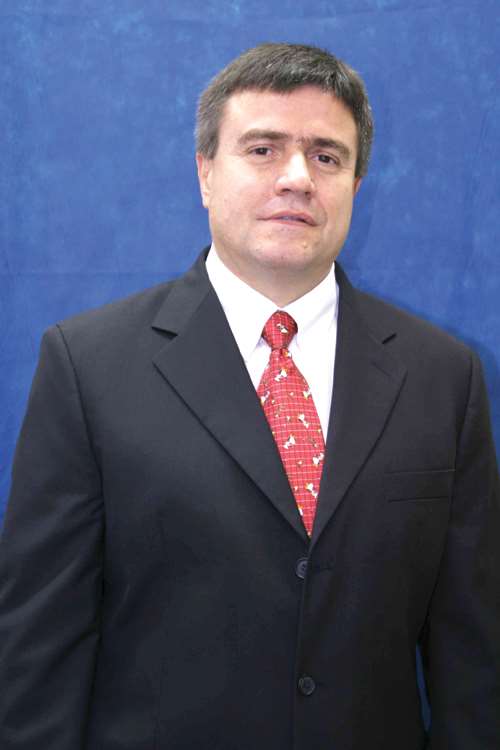 Marco Túlio Pellegrini is the senior VP of operations and the COO of the Executive Jets division of Embraer SA (São José dos Campos, Brazil). He joined Embraer in 1986 as a manufacturing engineer and has moved through the management ranks as senior manager for manufacturing planning, senior manager for industrial planning, and VP of market intelligence for executive jets, where he oversaw product strategies and market assessments. As Embraer’s previous VP of production, he was responsible for composites, tubing, forging and stamping processes, and assembly for all executive jets. After several years as VP of new programs for Embraer’s commercial jet operations, he stepped into his current position with the Executive Jets division in early 2011.

At the recent EAA AirVenture gathering in Oshkosh, Wis., HPC technical editor Sara Black had the opportunity to interview Embraer SA’s Marco Túlio Pellegrini. One of the strong engines driving the Brazilian economy, Embraer helped to propel the country into the limelight as one of the four BRIC nations, alongside Russia, India and China, and has earned a strong position in an aviation manufacturing market long dominated by North American and European firms. Pellegrini spoke with Black about his company’s philosophy regarding composites usage on its aircraft and what he foresees for composites during the next few years. Coming from the materials side of the industry — he holds an MS in mechanical engineering and has worked for 25 years in aerospace, including time at McDonnell Douglas’ Long Beach, Calif., facility as an R&D liaison on MD-11 production — Pellegrini spoke from direct experience about the future course of the business jet market.

HPC: Describe the current usage of composites on Embraer jets.
MTP: We are, of course, very aware of composite materials and their benefits. To date, Embraer’s use of composites for primary structure has typically focused on the vertical fin and horizontal stabilizer, as is the case, for example, in the Phenom aircraft. We’ve also used carbon composites for fairings and ancillary structures like control surfaces, up to a total of close to 20 percent of structural weight in our executive jets. The new Legacy 450 and 500 midlight and midsize jets in development will incorporate more composites.

HPC: Can you elaborate on the composites in the Legacy 450/500 jets?
MTP: As you know, Embraer has broken ground on a new state-of-the-art composites center of excellence located in Évora, Portugal, that will be dedicated to making composite parts, using lean manufacturing approaches starting later this year. We’re installing automated manufacturing capability, including fiber placement and automated tape laying machines. A second center in the same location is dedicated to metals processes. One composite part in particular that will be on the Legacy 450/500 models is the rear pressure bulkhead. The bulkhead will be made in a resin film infusion (RFI) process, with the composite prepreg placed with the automated machines. We’re also using key subcontractor partners to make other Legacy 450/500 parts. We expect first flight of the Legacy 500 later this year.

HPC: Why have you not chosen to go the route of Boeing, or Hawker Beechcraft, for example, with all-composite airframes?
MTP: It’s an issue of aircraft size for us. At this moment, the size of the aircraft we produce doesn’t justify the cost of the composite materials. As you know, it’s always a trade-off between weight and cost! Right now we can meet our weight and fuel-economy goals using more traditional materials. But we are definitely considering adoption of more composites in primary structure and have started some trade studies. We’re currently conducting a test program of several composite materials for wing and fuselage applications. It’s an ongoing process, and there’s no decision yet — we’re considering an entire range of factors related to our use of composites, including maintenance, repair, weight and material cost, for the executive-jet side. I can’t speak to any decisions that might come from the company’s commercial-jet side.

HPC: Can you provide any specifics on the trade study for composites? That is, what are a few of the break points at which composites start to make sense? Is it related to range or cost per passenger mile, perhaps?
MTP: Any trade-off should aim for the best global customer and business result. For composites/metal trade-offs, we look for the best balance between the gain in aircraft performance (weight reduction) and cost required for that option. Cost analysis has to consider tooling acquisition and maintenance, equipment investment, man-hours to produce, process and material certification and so on. The cost analysis result may change significantly, depending on the technologies that are being considered as well as the readiness to use those technologies. As of today, our view indicates that large structures, such as fuselage or wing, do not fit in our business-jet size. But we believe that as the technology evolves and composite applications grow, improving readiness within the industry, the trade studies will move favorably toward the smaller aircraft.

HPC: You are clearly in a position to have insight into the current bizjet industry. Given the recent recession and the cutbacks in some companies’ travel budgets, what is your outlook on the market?
MTP: Well, it is true that the number of turbofan aircraft deliveries in 2010 was lower than 2009, but it is interesting that the total billings in 2010 were slightly higher. The large-jet segment wasn’t really affected too much by the downturn. The small-jet segment, in which Embraer is a player, was significantly affected, and there’s a lot of competition in that sector, but I believe that overall the business-jet market is coming back. Embraer has been fortunate that the Phenom 100 and 300 aircraft have done very well — we delivered 126 Phenom planes in 2010. Embraer’s 2010 market share reached 19 percent, or almost one in every five executive jets delivered worldwide. We are in good shape for 2012 and beyond, and I think the bizjet market in general is going to do well going forward.