Focus on Design: The promise of rapid manufacturing 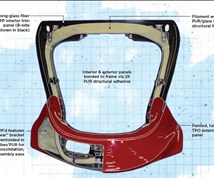 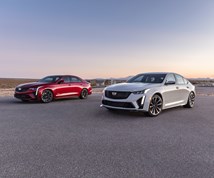 In competitive motorsports, there is an almost constant drive toward innovation as racing teams seek a technical edge over rivals. Performance demands are high, but part production is very low. While short runs rarely justify development cost in a commercial vehicle, in the racing arena, sponsorships typically provide substantial funds for development. For racing engineers, the most precious commodity is time. For that reason, motorsports have provided fruitful ground for the development of rapid prototyping (RP). RP processes can create part models and, in some applications, testable prototypes directly from CAD data. Recent developments by a well-known motorsports firm, however, have helped take what has, in a short time, become a pre-eminent design tool a step further, making possible the low-rate manufacture of production parts.

RP: From days to hours

In addition to its three-decade history in motorsports, including work with top Formula One auto racing and Moto GP motorcycle racing teams, CRP Technology Srl is a rapid prototyping pioneer. The company produced its first RP concepts in 1996 when, according to CRP, RP was all but unknown in the company’s home base of Modena, Italy. Rapid manufacturing evolved from CRP’s dissatisfaction with what were then the significant limits of rapid prototyping materials used with the firm’s RP technology of choice, Selective Laser Sintering (SLS).

Developed and trademarked by Texas-based DTM Corp., now part of 3D Systems (Valencia, Calif.), SLS is an additive fabrication process. That is, it builds a 3-D component from a series of 2-D layers. The process takes place within an enclosed, modular unit about the size of a print shop photocopy machine. Inside, a CO2 laser and mirrored reflector system is mounted over a build module, which supports the part. Using proprietary software, a 3-D CAD image is digitally sliced into 2-D layers. In the build module, a roller passes over a pedestal, depositing a thin, uniform layer of specially developed thermoplastic or metal powder. The mirror system directs the laser beam onto the powder layer, sintering the powder (heating powder grains to fusion temperature) in a pattern identical in size and shape to the initial layer’s 2-D slice. The pedestal is then lowered the distance of the layer thickness, and the process is repeated, applying the second and subsequent layers until the part is complete.

Although a typical layer thickness is only a few thousandths of an inch and the SLS process, therefore, takes several hours, “rapid” prototyping is no misnomer. SLS eliminates the days or even weeks required for toolmaking, molding and/or machining of prototypes — a revolutionary leap in a racing team’s ability to reinvent its technology. CRP has five 3D Systems SLS machines: three high-speed Vanguard HS HiQ units and two Sinterstation 2500 Plus units, each with a maximum work envelope of about 380 mm by 330 mm by 420 mm (15 inches by 13 inches by 16.5 inches), enabling simultaneous production of multiple small parts. The systems boast high-fidelity reproduction: For parts up to 150 mm/5.9 inches, the standard tolerance is ±0.012 inch (0.3 mm) from design dimensions, while the tolerance on larger parts can be maintained within ±0.002 inch per inch (±0.05 mm per 25 mm).

Recently, CRP embarked on its most technically ambitious RM component to date, collaborating with sister division CRP Racing to develop a composite reed valve for use within the hostile environment of a two-stroke, 125-cc motorcycle racing engine.

The reed valve controls the fuel/air mixture admitted to the engine’s crankcase. The valve on the stock engine is a wedge-shaped frame, 88 mm wide by 65 mm high by 47 mm deep from frame opening to point of wedge (3.46 inches by 2.56 inches by 1.85 inches), manufactured from rubber-coated cast aluminum. The frame has six rectangular apertures (three on each side of the wedge) that provide the passageways to the crankcase. Thin, elastic reeds called “blades” are attached, each by a single threaded fastener, above the apertures to completely close off the openings. As the engine’s piston rises in the cylinder, the resulting vacuum below the piston causes the reeds to pull away from the aperture wall to admit the fuel/air mixture. As the piston descends, the pressure in the crankcase below the piston rises, causing the reeds to reseat against the valve wall, trapping the fuel/air mixture so that it can be pressurized for transfer through to the combustion chamber. Reed valves play a critical role in metering the quantity of fuel/air admitted to the combustion chamber, and the valves typically are modified for racing purposes through the use of diffusers (see drawing, top of this page), often handcrafted, which are coupled with the valve frame to control the flow of the fuel/air mixture.

CRP decided to re-engineer and then manufacture the valve frame and a diffuser using SLS. The goal was to achieve the same performance as traditional aluminum racing valves but reduce development time and simplify processing.

It was no easy task. When a racing engine reaches 14,000 rpm, the reeds oscillate 230 times per second. The reeds, today, are universally made from unidirectional carbon fiber composites. (Repeated flexing eventually caused legacy metal reeds to fatigue and fail to seat properly. Although fiberglass solutions were attempted, glass-reinforced reeds tended to break away and were ingested by the engine.) Commercially available carbon reeds come in a variety of thicknesses, giving engineers a range of thickness options to properly govern valve behavior.

The valve frame must withstand the significant impact of the reed blades as they strike the valve wall and endure vibrations produced by the reeds and the turbulence created by high-velocity passage of the pressurized gases.

Given the extreme operating environment, CRP traveled two design paths. The first was to manufacture the reed valve with an integral diffuser. The one-piece structure was built up from CRP’s newest sinterable material, Windform FX, an unfilled polyamide-based material characterized by ex-ceptional resistance and resilience to repeated bending, plus torsion similar to thermostamped polypropylene and ABS parts. The goal was to produce a valve body that could withstand the impact of the blades. Parts were prototyped to evaluate overall system stiffness.

The second solution considered the reed valve body in two parts — the frame and a separately built diffuser. In this case, the frame was sintered in Windform FX, but the diffuser was built from Windform XT. First used in 2004, this sinterable carbon/polyamide powder already had paved the way for CRP’s first prototype engine part, a camshaft cover for an Ilmor engine on a new 800-cc V4 motorcycle (see “Related Content,” at left). Windform XT combines low density (1.1g/cm³), high tensile strength (77.85 MPa) and tensile modulus of 7320.8 MPa. The result is exceptional ultimate tensile strength per unit density of 70.71 MPa cm³/g and a tensile modulus per unit density of 6649.2 MPa cm³/g, with service temperatures as high as 140°C/284°F.

Manufacture of the valve body in two pieces permitted CRP to save time “tuning” the valve response by using a single Windform FX frame, with reed blades mechanically fastened in place, for a number of test iterations using different diffuser designs. Changing only the diffuser during ongoing track testing and dyno testing guarantees that test result differences can be attributed entirely to changes in the diffuser design. Dyno tests involve a machine called a dynamometer, which measures the engine’s torque and rotational speed (rpm) — data that engineers use to calculate engine power. Results will be compared to help validate the best geometry for the diffuser.

Successful production of the reed valve assembly was announced on Sept. 11, 2007, during a presentation by CRP Racing’s cofounder and managing director, Giampiero Testoni, at a Rapid Prototyping and Rapid Manufacturing in Motorsport seminar, hosted by the Rapid Prototyping and Manufacturing Assn. (RPMA) at the University of Derby (U.K.). But it is only the latest link in a progressive development chain that has helped CRP Technology’s RP & RM Department become one of the largest service bureaus of its type anywhere in the world.

The SLS process is one of several RP design technologies that can be adapted for rapid manufacturing (the subject of a forthcoming article in the August 2008 issue of HPC’s sister magazine Composites Technology). Because RM can be used with neat or filled polymer resins, metals (i.e., titanium) and polymer/metal combinations, it has the potential to revolutionize the product development lifecycle in a variety of applications. Outside the motorsports arena, RP/RM already has made inroads into medical prosthetics, moldmaking and actual flying parts for aerospace.