Attendees reviewed the current state of advanced resin technology and the tests that lay ahead for expanding composites into new applications and markets.
#layup #pei #sizing

Conference cochair Chris Ridgard of Advanced Composites Group (Tulsa, Okla.) reported that ACG has completed qualification testing on more than a dozen of its MTM45-1 prepreg laminate systems (of the same family as that used on the Advanced Composites Cargo Aircraft, noting that databases are responsible for significant volume in MTM45-1 sales.

At this year’s High-Performance Resins conference, held Sept. 27-28 in Covington, Ky., the hottest topics were the growing demand for out-of-autoclave (OOA) resins and the aerospace industry’s ongoing quest for new high-performance, high-temperature resin systems that will meet the requirements of increasingly demanding applications. Attendees were presented with detailed overviews of progress in both of these areas, tempered by assessments of the challenges and barriers that need to be overcome to enhance the commercial viability of cutting-edge composites technologies. Cochaired by David Leach, product manager at Henkel Aerospace (Bay Point, Calif.), and Chris Ridgard, VP, research and technology, at Advanced Composites Group Inc. (ACG, Tulsa, Okla.), High-Performance Resins 2011 hosted a top-flight group of aerospace composites-savvy speakers.

Lara Liou, lead engineer, polymer matrix development, GE Aviation (Cincinnati, Ohio), noted the reason that commercial/civilian aerospace composite applications have lagged behind the military is the longer service life requirements — 60,000 hours vs. 10,000 hours for typical military aircraft. Because repair is more problematic and costly for commercial airlines than the military, composite parts for new advanced commercial applications will require materials that exhibit durability equal to or greater than that of the metals they replace. She reported that the company’s new GEnx engine, which is now in commercial use on the Boeing 787 Dreamliner, includes six composite parts, the largest of which is the fan containment case. Fabricated from carbon-fiber fabric infused with epoxy, the parts played a major role in GE’s successful effort to trim 1,500 lb/680 kg from the engine’s weight. The company is looking to expand applications for composites to parts that operate at temperatures of 550°F to 700°F (288°C to 371°C) and higher in its next-generation engines. In pursuit of this goal, GE is investigating the use of high-temperature polyimides and ceramic-matrix composites.

John Russell, program manager, defense-wide manufacturing science and technology, Air Force Research Laboratory (Wright-Patterson AFB, Ohio), discussed the U.S. military’s growing interest in OOA composites. One key reason is practical — most of the world’s large autoclaves are already committed to parts for the Boeing 787 and the F-35 Joint Strike Fighter. As budget cutbacks continue in all branches of the armed forces, large-part autoclaves are now viewed as prohibitively expensive. Consequently, says Russell, the U.S. Air Force is ramping up efforts to develop and expand its use of OOA technologies. One significant step in that direction was successful construction of an all-composite fuselage on the Advanced Composite Cargo X-55A aircraft, which first flew in June 2009. The 60-ft/18m long fuselage, which was retrofitted to the cockpit of a Dornier 328 regional jet, was built with ACG’s oven-curable MTM45-1 prepreg, which combines toughened-epoxy and carbon-fiber reinforcement, resulting in a 10-fold reduction in parts and a 100-fold reduction in fasteners. Although the X-55A demonstrated the viability of OOA systems for military transports, Russell contends that moving OOA beyond prototypes into production-level aircraft will require materials with better high-temperature and processing properties than current epoxy-based composites. Bismaleimides (BMIs) show promise for high-temperature parts and skins that are exposed, for example, to hot jet engine exhaust wash, but current commercialized BMIs require autoclave cure. Another limitation is the typical OOA epoxy resin’s out-life of 14 to 21 days, which hinders the production of large parts via hand layup. Despite these limitations, Russell reported, OOA composites are nearly ready for prime time, but he challenged the industry to develop automated layup processes and formulate new OOA resin systems that can show a 25 percent improvement in notch properties.

ACG’s Ridgard, who had kicked off the proceedings with a preconference seminar on OOA processing for aerospace structures, presented a paper during the conference that revealed recent developments in ACG’s OOA prepreg systems program. Ridgard reviewed details of a shared database qualification program (previously reviewed in HPC; see "Shared composite material property databases" under “Editor's Pick's,” at top right) designed to make it easier for end-users to qualify composite materials for applications, an effort that, when fully implemented, will essentially level the specification playing field between metals and composites. The coupon test-level databases are funded by a variety of sources and, when complete, are published through the National Center for Advanced Materials Performance (NCAMP, Wichita, Kan.). ACG has completed testing on more than a dozen different MTM45-1 prepreg laminate systems, each of which requires 1,500 data points, for the public databases. Ridgard estimates that databases have been responsible for 6 million ft2 (nearly 557,420m2) of MTM45-1 sales. The company also has launched a new OOA prepreg, MTM47, which is optimized for open hole compression (OHC) strength performance. Ridgard says MTM47, with a typical curing temperature of 120°C/250°F, is best suited for heavier-gauge primary structures that must accommodate numerous fasteners.

Engineers have recognized the potential for OOA BMI resin systems to enhance high-temperature performance and other material properties, such as room-temperature dry compression strength-after-impact relative to epoxy-based OOA prepregs, such as Cytec 5230 and ACG MTM45-1. Tailoring BMI resins for OOA use has been challenging due to their relatively high viscosity, which ordinarily requires autoclave-level pressures to properly process. One particularly noteworthy development at the conference, therefore, was Stratton Composite Solutions/Raptor Resins’ (Marietta, Ga., and Celina, Tenn.) announcement of its proprietary, low-cost OOA BMI that is capable of producing what the company claims are nearly void-free laminates via prepreg manufacturing and VARTM. The new resin, BMI-1-OOA, has a cure temperature of 375°F/190°C, which is similar to standard BMI grades, and a viscosity of less than 50 cps at 275°F/135°C. Robert Stratton, president of Stratton Composite Solutions, said the resin can be formulated to make prepreg fabric and prepreg tape, and the company has demonstrated the manufacture of large, void-free panels with both VARTM and prepreg materials. Carbon fiber test panels made with BMI-1-OOA exhibit an open-hole compression (OHC) strength of 51.12 ksi/352.5 MPa, which is similar to the OHC value of 52 ksi/358.5 MPa that is typical of BMI panels made in an autoclave. The material is prepregged by Aldila Materials (Poway, Calif.) and is currently under evaluation at several major aerospace companies.

One of the primary metal-replacement opportunities in commercial aircraft interiors is the aluminum food tray arm. Mohammad Moniruzzaman, product development engineer, SABIC Innovative Plastics (Pittsfield, Mass.), reported that the company has designed and validated a food tray arm made from a short carbon fiber-reinforced grade of the company’s LNP Thermocomp Ultem polyetherimide (PEI). (Moniruzzaman’s presentation is discussed at length in this issue's “From the Podium" column, titled "Carbon fiber food tray arm: Better and cheaper." Click on its title under "Editor's Picks.")

When toughened by additive packages, benzoxazine resins (materials traditionally used in electronics) have processing and cost profiles similar to epoxy and reportedly exhibit excellent flame, smoke and toxicity characteristics. These properties make them suitable for a variety of high-performance aircraft applications. Henkel Aerospace’s Leach reported that his company’s line of three one-part benzoxazine resins can be used to manufacture composite parts via RTM and VARTM. They also can be prepregged and produced as film adhesives. Henkel’s 99110 resin system has a balance of mechanical and processing properties suitable for both RTM and VARTM, and its 99120 resin is appropriate for VARTM in applications that require greater toughness. The LM41005 line is targeted to high-temperature applications. Leach said the company’s objective is to expand applications of the resins to aircraft primary structures.

Epoxy-based composites have traditionally provided wind blade manufacturers with the best balance of processing characteristics and material properties. Epoxy chemistries achieve superior fatigue resistance, which is high on the list of properties that are indispensible for long-term wind blade performance. As wind blade dimensions increase, however, current epoxy systems are reaching their limits in terms of practical, cost-effective processing. The primary challenges are the resins’ inherently low viscosity (which impedes thorough fabric wet out) and the need for fast cure with control of exotherm. Bernie Fu, industry specialist, BASF Corp. (Florham Park, N.J.), presented two new amine curing agents, Baxxores ER 5300 and Baxxodur EC 5310, which produce a tailored cure with reduced exotherm. Fu said the curing agents enable better process control, reducing the risk of a runaway cure reaction. The exothermic control, he contends, can extend mold life by as much as 20 percent.

Matrices of high-performance OOA composites have long been dominated by thermosets; however, a number of converging trends, especially in the automotive arena, may favor conversion to thermoplastic-based composite materials. Charlie Costello, global product manager, Fortron PPS, at Ticona Engineering Polymers (Florence, Ky.), noted that ever more stringent requirements for lower VOC emissions, the need to increase part recyclability, and ongoing cost-reduction efforts all favor greater use of thermoplastic OOA materials. Costello contended that a carbon fiber/polyphenylene sulfide (PPS) composite has a total pregreg and processing cost 50 percent lower than that of a carbon-fiber/epoxy composite. Thermosets continue to dominate the high-performance segment, he said, because processors are unfamiliar with thermoplastic materials and lack understanding of the available options for processing them. Thermoplastics are especially well suited for use in braided tape prepregs and preforms in one-sided vacuum forming or two-sided thermostamping or split-mandrel tools, where the materials permit cycles that are 10 times faster than those for thermosets.

Akron, Ohio-based Akron Polymer System Inc.’s RTM370 imide resin has been used to infuse T650-35 carbon fabric and fabricate laminates by RTM molding, says Frank Harris, CEO. He showcased the results of a study that compared the properties of composites molded via RTM with properties of the same composite part made via the lower-cost VARTM method. The study found a much higher void content in the RTM370 composite made with VARTM than the one made with RTM — 6 percent vs. 1 percent, respectively. Harris said the company will continue to look into process and material improvements that could reduce the void content of VARTM’d panels.

Sizing formulations play a crucial role in interfacial adhesion between the reinforcing fiber and the resin matrix. Andrew Brink, global technology and business development manager of the Fibers and Composites Business Unit, Michelman Inc. (Cincinnati, Ohio), reported that sizing technology is a key factor in Oak Ridge National Laboratory’s (Oak Ridge, Tenn.) ongoing research into reducing the cost of carbon-fiber/vinyl ester composites for expanded use in the automotive industry. Test coupons were constructed using a variety of surface-treated Panex 35 fibers supplied by Zoltek Inc. (St. Louis, Mo.), a number of different sizings from Michelman, and Derakane 782 and 786 vinyl ester resins supplied by Ashland Performance Materials (Columbus, Ohio). The coupon panels had a fiber content of 60 percent and were tested for short-beam shear strength against ASTM 2340, with a minimum goal of 12 ksi/82.7 MPa. The majority of samples tested below 11 ksi/75.8 MPa; however, the highest test value — 13.3 ksi/90.7 MPa — was recorded for fibers treated with Michelman’s Michem EXP1, a 2 percent waterborne sizing dispersion. 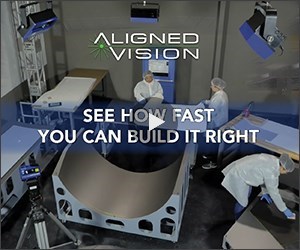