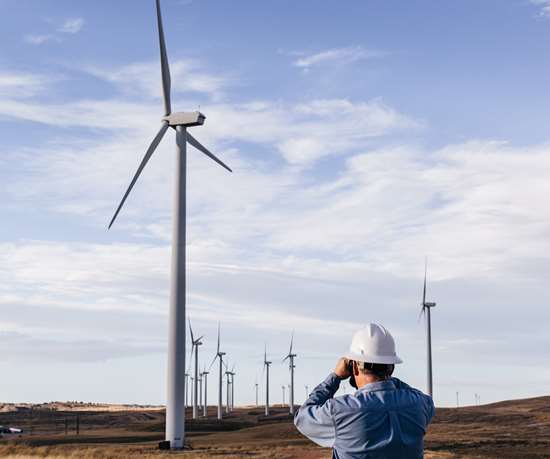 AWEA reports that U.S. project developers announced new wind farms with a total capacity of 6,146 megawatts in the first quarter of 2019, which is more than the capacity of all the currently operational wind farms in California. The additional capacity brings the U.S. construction and advanced development pipeline to a record-breaking 39,161 megawatts, an 11% increase over the previous quarter. Eight states are now on track to double their installed wind capacity, AWEA says.

“With nearly 40,000 megawatts in development, America’s largest source of renewable energy generating capacity is on a path to grow by 40% in the near term,” says Tom Kiernan, CEO of AWEA. “In doing so, we’ll create thousands of additional American jobs and new economic opportunities for factory towns and rural communities across the country.”

Of the total wind pipeline, 17,213 megawatts were under construction across 21 states at the end of the first quarter, with Texas leading with 6,528 megawatts under construction — 1,255 megawatts of which is new this year. Project developers also reported 21,949 megawatts of wind capacity in the advanced development stage, which also reached a record level. Projects in advanced development have not yet begun construction but are likely to come online in the near term because they have either signed a long-term contract, placed turbine orders, or are proceeding under utility ownership, AWEA says.

In addition, the report says that a total of 841 megawatts of wind projects came online during the first quarter, elevating the country’s total installed capacity to 97,223 megawatts. Iowa led the nation in new capacity installations with 536 megawatts brought online.

In offshore wind, New York Governor Andrew Cuomo announced earlier this year that the state's offshore wind goal is 9,000 megawatts by 2035, up from the previous target of 2,300 megawatts. National Grid filed for approval of a 20-year contract to buy 400 megawatts from the Revolution Wind project at a fixed price of $98 per megawatt-hour (MWh), the second offshore wind PPA to come in below $100 per MWh. In February, New York received bids from four offshore developers in response to its first solicitation for at least 800 megawatts of offshore wind.