According to Rapid Robotics, its entry into the market comes at a pivotal moment for U.S. manufacturing, as the Biden administration rolls out ambitious plans to revitalize the sector, boosting competitiveness in areas including automotive, pharmaceuticals, public health and semiconductors.

But these efforts face a serious challenge: a chronic shortage of factory workers. Rapid Robotics says Deloitte estimates that by the end of the decade, U.S. manufacturers may have 2.4 million jobs they cannot fill, putting $454 billion of business at risk.

The shortfall is especially acute with machine operators, the employees who work the machines that perform 80% of all factory tasks. By some accounts, U.S. manufacturers need 600,000 more operators to meet demand and compete with factories overseas.

The Rapid Machine Operator is an all-in-one robotics solution that comes ready to perform common machine operating tasks like injection molding, pad printing, heat stamping, pick-and-place and dozens of others.

“If we don’t solve this problem, U.S. manufacturers will never be able to compete in a global market,” says Rapid Robotics CEO Jordan Kretchmer. “It’s really that simple.”

Until recently, says the company, manufacturers were caught between a scarcity of machine operators and an inability to automate. “Robotics made sense for large-scale assembly-line jobs with decades-long windows for ROI, but not for operating the manufacturing machines that do most of the work on factory floors,” says NEA General Partner and former Silicon Graphics (Milpitas, Calif., U.S.) CTO Forest Baskett. “Robots cost too much to begin with and even more to train. The numbers just didn’t pencil out.”

Rapid Robotics says it changed this “automation equation” with the Rapid Machine Operator, said to be the first affordable robotics solution for automating machine tasks. Now its biggest problem is keeping up with demand.

“I’ve been in manufacturing for more than 20 years, and the enthusiasm for the Rapid Machine Operator is like nothing I’ve ever seen,” says Mike Lewis, head of sales and marketing at Rapid Robotics, and former VP of business development at global technology, supply chain and manufacturing company Flex (Singapore). “When we meet with potential customers, at first they’re skeptical because they’ve been burned by vendors who couldn’t deliver. When they see what the Rapid Machine Operator can do, they start to get excited. By the end of the visit, they just want to know how soon we can get RMOs in place.”

Each RMO is controlled via tablet — no robotics expertise required — and can be easily repurposed for new tasks as the need arises, using 3D-printed grippers that can be fabricated onsite for no additional charge.

With Rapid Machine Operators available by subscription for less than $2,100/month, manufacturers are said to increase profits by an average of $110 thousand per year for each unit installed, and reach positive ROI almost immediately as a result of Rapid’s innovative OpEx pricing model, allowing them to successfully bid for work that previously would have gone overseas.

“It’s hard to overstate the economic implications of the Rapid Machine Operator,” says Aaron Jacobson, partner at NEA. “After looking at numerous robotics startups in America and beyond, only Rapid Robotics had the right technology focused on the right needs to make a broad-based, immediate impact on the competitiveness of U.S. companies.”

“We process many parts and have to expedite jobs frequently for our customers, but were struggling to keep adequately staffed to meet the demand. The highly precise process requires three human operators each day, which limited our ability to meet the customer’s needs and to take on new work,” says Ryan Gagne, engineering manager at TouchMark. “When we brought in Rapid's RMOs, we were able to upskill those employees to execute other more complex tasks and to oversee the new robotic workforce. Using Rapid Machine Operators on these simple tasks has also increased our capacity and reduced lead times for our customers.” 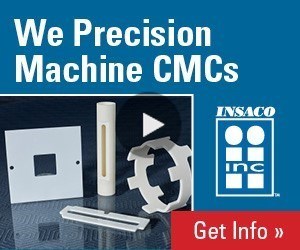