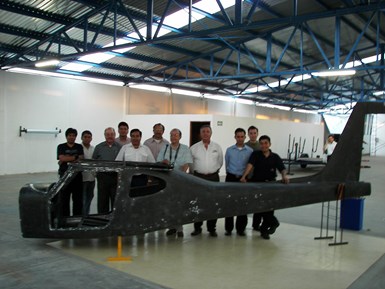 In response to that blog, CW reader Erik Vargas-Rojas wrote to correct me. “I would like to clarify one point concerning the construction of CFRP fuselages in Mexico,” he explains.“There was another first CFRP fuselage construction carried out for the two-seat Stela-M1 trainer, back in 2007, by the company Aeromarmi in San Luis Potosí, some 200 kilometers north of Querétaro.”

Vargas notes that Aeromarmi worked closely with several universities, including the National Polytechnic Institute in Mexico City. He included the following links which provide a scientific paper trail: 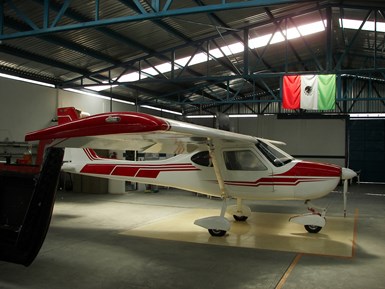 “The reason for my email is not to detract from RHEM Composites,” says Vargas. “In fact, their greatest accomplishment is that they started from scratch in the development of the Pegasus P-400TCFRP fuselage. Aeromarmi, in contrast, already had fuselage molds for the Stela-M1 because it was first developed in Spain. However, the production of three to four aircraft was completed entirely at San Luis Potosí during the next few years.”

I am glad to know this history about the development of composite aircraft in Mexico, and I am also glad that CW readers take our articles seriously enough to correct us. Thanks to Erik Vargas-Rojas and we all look forward to future composites — in aerospace and otherwise — being developed in Mexico. Stay tuned as we work to have at least one such story for you in 2021.