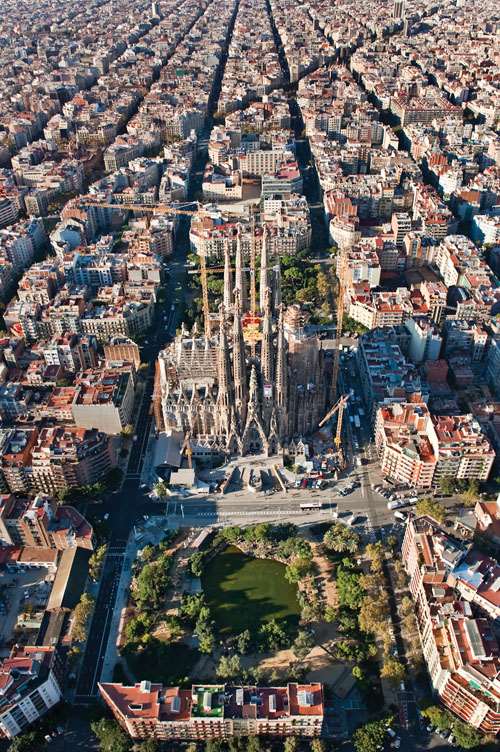 Fig 1: The Sagrada Família Cathedral, continues to rise above the landscape of Barcelona, toward an estimated completion date in the next two or three decades. Source: © Pep Daudé/Basilica Sagrada Família

Fig 2: The columns of the interior church were made in two stages, or sections: The lower section is natural stone, while the upper column consists of an exterior shell filled with concrete. The upper shell was precast in fiberglass molds at an offsite factory. After it was cured, it was positioned over its stone column base in the cathedral. Scaffolding was built around it and steel rebar set into the interior of the tube. When the rebar was in place, concrete was poured, resulting in a strong structural column. Source: Donna Dawson

Fig 4: For these multi-colored hyperboloids and supporting tree branches, concrete caps on the columns were precast in the factory, as were the connecting branches that can be seen in the photo. Then, the element was lifted into place and tiles and triangular pieces with gold and green colors were placed on it in layers, in situ (a typical Catalan architectural design and construction technique). And at the last, concrete was poured into the surrounding branches beneath the tiles. Source: Donna Dawson

Fig 5: Outside, the spires are topped with colored fruit, made with Venetian colored glass and concrete poured into fiberglass molds on the construction site’s ground level. After cure and demolding, the decorative toppings were craned into position atop the spires. Source: Donna Dawson

Fig 6: The frames of many of the Cathedrals’ unusual and dramatic windows are also made by pouring concrete into fiberglass composite molds in outside factories, and transporting to the cathedral for installation on the exterior and interior of the cathedral. Source: J. Fauli, Sagrada Familia

Fiberglass molds continue to perform faithful construction in the rising cathedral above the nave and in the towers. Source: J. Fauli, Sagrada Familia

The Sagrada Família Cathedral in Barcelona, the capital of Spain’s autonomous Catalonian region, is one of architecture’s exceptional stories. Conceived in the late 1800s by the Association of Devotees of Saint Joseph, the Temple of the Holy Family (the English translation of its Catalan name, Basílica de la Sagrada Família) was placed under the direction of Catalonian architect Antoni Gaudí in late 1883, a year and a half after construction had begun under the local diocesan architect. The now beloved architectural master’s grand design is still under construction, paid for entirely by personal donations and ticket sales to more than 2.5 million enchanted visitors from around the world every year. The 4500m2/48,438-ft2 church is in the traditional form of a Latin cross, but Gaudí transformed the project into a truly unique architectural vision, with structures, forms and geometries never before seen nor built.

The assistant to the current architectural director, Jordi Faulí, explains that Gaudí wanted to improve on the Gothic style of construction — in particular, to eliminate the need for exterior buttresses that prevented vertical exterior walls from collapsing outward under the weight of the vaulted cathedral roofs and towers. He also showed that it was possible to build curved walls and interior-leaning columns — grouped at different heights as though they are the branches of trees — that could transfer the weight loads of the vaulted structure into the foundation. Further, the structural system of the columns allows openings between them for skylights in the roof and vault. For these skylight openings, Faulí says that Gaudí used “for the first time in the history of architecture, the form of a hyperboloid, consisting of inclining straight lines that turn around a circle” — the skylight. 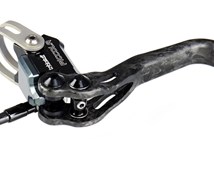 In recent years, cathedral builders have constructed many elements of the Sagrada Família’s structure with the aid of glass fiber-reinforced composite molds and concrete. The molded structures include some of Gaudí’s most complex shapes and design concepts, notably the upper sections of the interior columns and the windows and skylights that so beautifully draw natural light into this magnificent structure (see photos).

The molds are made by hand layup of chopped strand mat and polyester resin from various suppliers. Why fiberglass? Faulí noted three main reasons. “First, shape,” he says. Although Gaudí died in 1926, he left behind 1:10- and 1:25-scale plaster cast models of many parts of the building. Full-scale plaster models have been built from computer-generated, full-size drawings based on those original models. Fiberglass molds are pulled directly from the plaster models. “Working with fiberglass is so versatile, the molds can be shaped to create exact replicas of the most intricate shapes of Gaudí’s vision,” Faulí contends, adding that the composite molds perform “better than any other traditional mold material.”

“Second, durability,” Faulí continues. The composite molds can be reused multiple times and still remain true to the shape of the model, maintaining dimensional stability and surface smoothness. “The molds for the ceiling parts [the hyperboloids surrounding the skylights] were used 12 to 14 times, and for several columns, up to 30 times,” Faulí says.

“And third, weight,” he adds. Some parts are made by precasting concrete in a factory or on the construction site, removing the fiberglass mold, then placing the part into position. However, lightweight fiberglass molds also enable workers to form many parts in situ, even in the upper reaches of the cathedral. The weight advantage compared to wood or other traditional materials allows the molds to be lifted more easily to the designed height positions, such as the high ceiling, for in-situ pouring of concrete shapes. A variety of wax-based mold releases are used to enable workers to easily remove the molds from the cured concrete.

The cathedral’s interior (the main nave, the crossing and the apse) is now complete. On Nov. 7, 2010, Pope Benedict XVI consecrated the unfinished cathedral as a basilica in Barcelona, opening the nave for mass. At this writing, work continues on the structures above the nave and in the massive towers. If funding continues at historical rates, estimates for completion range between 2026 and 2036, so fiberglass molds will, for some time to come, abet faithful construction.