When automaker Porsche AG (Stuttgart, Germany decided to introduce an ultrahigh-performance sports car, the company drew extensively upon its experience developing carbon composites for race cars, such as the GT1 and Le Mans prototypes, to incorporate pure racing technology into a street-legal production car. The result is the Porsche Carrera GT, a mid-engine, two-seat roadster with a removable two-piece hardtop and the power, speed and feel of a racer. Mounted behind the cockpit is a 5.7-liter, V-10 engine and six-speed manual gearbox that can power the Carrera GT from a standing start to 200 kph/124 mph in 9.9 seconds. To harness the drivetrain's potential, the car has been designed from the ground up for optimum "road dynamics," defined by Porsche as "the greatest possible degree of weight savings plus the lowest possible center of gravity plus maximum rigidity." The automaker aggres-sively adopted lightweight materials, especially carbon fiber, in pursuit of these goals, using carbon not only to meet strength, stiffness and weight requirements, but also to take advantage of its looks. The car's chassis, doors, doorsills, wheel wells, trunk lid, hood, underfloor, center console, and bucket seats are all carbon/epoxy composite (with some aramid), saving as much as 40 percent in weight compared to conventional materials. The car will be produced in a limited run — 1,500 units, through mid-2006. Intended as a one-time project with no successor, the car is considered a springboard from which Porsche can learn and evolve future automotive designs.

Setting the evolutionary pace is the car's unique "rolling chassis" design. The Carrera GT represents the first-ever use of a carbon fiber monocoque chassis in a production automobile, a structure that incorporates the windshield frame and the A and B pillar rollover structure. The drivetrain is mounted onto the chassis by means of the engine frame, which is mounted to the monocoque in such a way as to form an integral unit of extremely high torsional and flexural stiffness. "The combined monocoque chassis and engine frame, known in race car terminology as a rolling chassis, can be considered the backbone of the car," says Michael Hölscher, general project manager for the Carrera GT. "This assembly carries all the structural loads, such as wheel loads, crash loads (including seat belt reaction forces) and drivetrain reactions, and also supports the weight of all the exterior and interior components. In addition to these 'racing goals' this arrangement allows a state-of-the-art insulation of engine vibrations."

The large number and types of functional demands for the monocoque, coupled with the multiple plies needed for the carbon laminate, created a complex loading situation that required detailed static and dynamic analysis capabilities. The Porsche engineering team used LS-DYNA by Livermore Software Technology Corp. (LSTC, Livermore, Calif.) to aid in optimizing the design of the monocoque chassis and engine frame. LS-DYNA is a transient dynamic finite element analysis (FEA) program used by many automotive companies for its ability to model multiple materials and to simulate short duration impact dynamics and complex contact conditions among multiple components. The software helped determine optimum locations for attachment points and orientation of fibers. The chassis is a sandwich construction of woven carbon fiber prepreg (Cycom 977/6 and Cycom 759F from Cytec Engineered Materials, West Paterson, N.J.) with a honeycomb core made of Nomex aramid paper from Dupont Advanced Fiber Systems (Richmond, Va.). Skin thickness and fiber orientation vary to accommodate load requirements. Overall, the carbon components use about 1,000 pieces of prepreg, and face sheets feature as many as ten layers in high stress areas. An open car, meaning that it has no structural roof components, the Carrera GT's stiffness depends strongly on the configuration of the entrance area: the smaller the door opening, the stiffer the monocoque. However, to keep the dimensions of the sill (the portion of the chassis that runs under the door on each aide) manageable in terms of driver/passenger accessibility and comfort, without compromising stiffness, several plies of uni prepreg were added between the A and B pillars. To increase safety, the A pillar structure is co-molded with a steel tube insert.

There are more than 200 points on the engine frame where drivetrain components and crash structures are attached. The use of a carbon/epoxy monocoque was, therefore, a huge advantage in terms of parts integration, giving Porsche the design freedom to customize the laminate at the attachment points to avoid undue stresses or delamination. The need for tight tolerances was one reason an aluminum space frame was eliminated from consideration. Aluminum's CTE did not match up well with several of the materials used in components that would be attached. Further, an aluminum frame would have required the addition of a number of plates and mounting brackets, significantly increasing weight, complicating fabrication and creating noise, vibration and harshness (NVH) issues. With the carbon frame, investment cast aluminum inserts were comolded with the laminate at attachment points for the engine frame structure. To assure group tolerances within ±0.4 mm/0.02 inches ("group" refers to attachment points for a single unit, e.g., the gear box), the complete monocoque with the bonded-in inserts is put on a 5-axis CNC milling machine where all contact points are precisely machined. The weight of the engine frame is a scant 20.4 kg/45 lb, while the entire chassis weighs in at just over 100 kg/220 lb.

In the engine frame design, structural loads had to be considered, but other concerns included heat and thermal cycling from the engine and the potential for more than 20 years of exposure to oil, dust and moisture. Alternative concepts were drawn out, comparing steel tubes, an aluminum space frame and a carbon fiber structure, but only the carbon fiber solution provided the necessary stiffness and low weight. In addition, Porsche was able to fasten the composite engine frame to the carbon fiber monocoque (using bolts, pins, comolded aluminum inserts and other fasteners) so securely that the assembly acts as a single structural unit, providing flexural and torsional rigidity not previously seen in an open car. This novel application of carbon fiber to both the engine frame and monocoque of a rolling chassis is the subject of a new Porsche patent. To accommodate the heat in the engine compartment, Cycom 977 resin, with a 177°C/350°F service temperature, was selected for the prepreg, and aluminum was substituted for Nomex for the honeycomb core. With 612 hp contained in a small area, additional active and passive temperature control measures were needed, including fans and insulation in areas near the exhaust pipes.

One of the main considerations for a race car design is aerodynamics, two components of which are lift and drag. At the Carrera GT's top speed of 330 kph/205 mph, aerodynamic lift forces could significantly reduce stability. To develop sufficient downforce without creating a negative influence on the car's drag coefficient, Porsche designed a carbon fiber underfloor cover based on its years of racing experience and then optimized it in wind tunnel trials. The carbon undercover is bolted to the chassis, engine frame and stainless steel crash structure, and features diffusers, ventilation channels and air fins. The system, which includes the undercover, front air ducts and rear automatically adjustable spoiler, is designed to ensure not only strong downforce (4,000 Newtons/900 lb), but an optimum 30:70 distribution of downforce between front and rear axles, respectively.

With the exception of the front and rear bumpers and a few other small parts, all of the Carrera GT's exterior panels, including doors, trunk lid, hood and two-piece roof, are made of carbon fiber composites. The doors, hood and trunk lid are sandwich construction, but most other panels are monolithic 1.2-mm/0.047-inch thick laminates. Where possible, body panels were integrated with each other to reduce weight; for example the front fenders and the luggage compartments (which are located in the front) were combined. In contrast to the weight of most removable fiberglass roofs, the car's two-piece carbon/epoxy system weighs only 2.4 kg/5.3 lb per piece.

The Carrera GT's interior takes advantage of carbon fiber's aesthetics as well as its light weight. The engine compartment, where styling is at least as important to Porsche as the car's interior, is spanned by a clearcoated woven carbon truss (see photo, left). In the cockpit, the console also is made of carbon fiber but is sheathed with a magnesium cover. In a first for a production car, the bucket seat structural elements are carbon composites as well. To improve damage tolerance and prevent laminates from shattering and forming splinters in the event of a crash, Kevlar (aramid fiber) plies from DuPont have been interspersed with the woven carbon fabric plies in not only the seats, but also the cockpit fascia and door trim. The seats are just over half the weight of a standard Porsche seat, weighing just 10.3 kg/22.7 lb each.

Most of the composite parts on the Carrera GT are made in carbon fiber tools, using autoclave and prepreg technology, which Porsche is familiar with from years of race car production and considers the most efficient process. Parts are layed up by hand and cured at 180°C/356°F at 6 bar/87 psi pressure for four hours. Exceptions include the front side sections and the rear center section and closing panel, which are resin transfer molded (RTM'd) because their shapes are less amenable to prepreg molding. RTM'd parts are cured at 120°C/248°F at 10 bar to 15 bar (145 psi to 218 psi) for 15 to 30 minutes. The structural and body panel parts and composite tooling are fabricated at ATR (Colonella, Italy). To accommodate a production volume of three cars per day, parts are produced in from six to as many as sixteen molds, depending on the part. The interior parts, such as the console and engine cover are made by Carbotech (Salzburg, Austria). Both companies specialize in the design and manufacture of chassis and bodywork for race cars, niche vehicles and motorcycles.

Hölscher describes one of the biggest challenges involved in the Carrera GT project: "When development started, we did not have recourse to existing, well-proven concepts. It was only during the development process that certain important areas, such as the engine frame, were drafted out and developed to production maturity. This represented a considerable risk to the progress of the work and the maintenance of the deadlines imposed on us, but we were able to overcome it." Porsche believes that carbon composites will be a growing force in the automotive industry, and values the experience gained with the low-volume Carrera GT. Hölscher holds out the possibility that another vehicle, produced at higher volumes, could be introduced sometime in the future. Possible ways to reduce cost might include more use of RTM and less autoclave processing.

By the end of January 2005, Porsche had delivered 506 Carrera GTs and had firm orders for another 1,200. Hölscher considers the car a resounding success. "We wanted to bring the fascination of a race car into a road-going car but still maintain the highest safety standards, quality and everyday usability," he says. "And in that we have had great success." With a sticker price of 390,000 euros in Germany — about $440,000 (USD) — the car has met another goal: profitability. 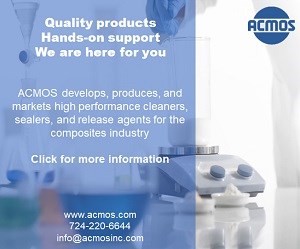