You may need to install the GoToMeeting Codec for Windows Media Player to watch recorded webinars.

Gardner Intelligence will use its '3 lenses' approach to dive into the aviation market.  Using Gardner's proprietary Business Index data, financial results from publicly-traded companies and macro-economy data, Gardner will determine if these views into the industry are telling the same story or if there is a more complex situation at hand.

Primary Topics:
• Capital spending, revenue, and profit trends as reported by publicly-traded aerospace firms
• Aerospace manufacturing business conditions as reported by US manufacturers themselves
• What macroeconomic indicators in aerospace are saying about the state of the industry

Presenter:
Michael Guckes
Chief Economist & Director of Analytics, Gardner Intelligence
Michael Guckes is the Chief Economist/Director of Analytics for Gardner Intelligence, a division of Gardner Business Media (Cincinnati, Ohio, U.S.). He has performed economic analysis, modeling and forecasting work for nearly 20 years in a wide range of industries. Guckes received his BA in political science and economics from Kenyon College and his MBA from The Ohio State University. 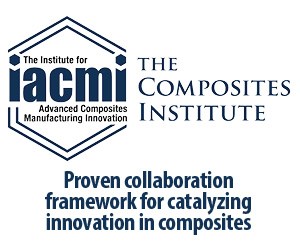