Why are suppliers morphing into fabricators?

CT managing editor Mike Musselman asks the question and examines the forces at work to make it a compelling trend. Part I of II.
#marketing #bmw #sheetmoldingcompound 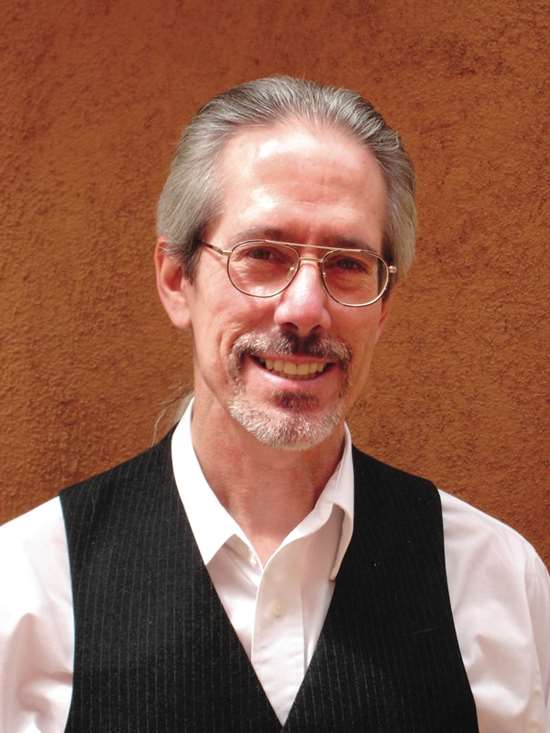 A journalist with 20 years of technical trade magazine experience, Mike Musselman is in his 13th year as the managing editor of CT and sister publication High-Performance Composites for CompositesWorld. Based in Denver, Colo., he coordinates the efforts of a team of inhouse and freelance editors and writers and steers each issue’s editorial content through the production process.

As CT’s managing editor, I have the luxury of a bird’s-eye view of the industry. From that vantage point, I sometimes see trends and wonder if those “in the trenches” miss them, by virtue of their focus on the job at hand. A recent article written by CT senior editor Ginger Gardiner, titled “The structural grid: Prefabrication,” put into sharp relief one such trend. It tells the developing story of distributors to the boatbuilding industry who are making a transition from cutting and kitting of core materials and fabrics to construction of significant portions of internal boat structures (to read the aricle, clikc on its title under "Editor's Picks," at top right).

When the CT staff recently gathered for its annual look at stories on the horizon, prefabrication opened our eyes to the growing number of materials suppliers and distributors that are becoming manufacturers, electing, at least to a degree, to compete with their customers. This week alone, I received several press announcements on this theme: Among them, Arkema, a well-known supplier of additives and cure initiators to this industry’s formulators/suppliers  premiered its first complete resin system — a liquid thermoplastic, no less, that can be processed like a thermoset. And Compose, a respected toolmaker that serves composites fabricators in Bellignat, France, trumpeted the opening of a subsidiary that will mold finished composite parts. I could go on.

Notably, tooling specialists were among the earliest prefabricators. Taking on the increasingly demanding and critical task of toolmaking as specialists, they freed molders for other tasks. Indeed, toolmakers today find that to get contracts, they often have to provide additional services, such as minting prototype or pre-production parts, to prove their tool to the customer.

“I believe that most of these new developments come out of necessity,” contends infusion specialist Andre Cocquyt (ACSM Inc., Brunswick, Maine). “If the vendors would be able to sell their materials in volume, and with a decent margin, to fabricators, they would most likely not compete.” Cocquyt has been there: As a distributor in the early 1980s, he says, “The problem was that all our profits went up into dealing with troubleshooting — training our clients in proper use of our products. And fairly often, despite significant marketing efforts, we were not able to convince conservative fabricators of the benefits of our (back then very new to the market) high-tech products and the markets these innovative products could open for them. The result: within three years we opened our own prototyping and small production shop, where we built everything from round-the-world racing sailboats to passenger train interior panels. And yes, the same companies that wouldn’t give us the time of day were the first ones crying foul that we were unfairly competing!”

One materials supplier notes anonymously that the trend has accelerated since the Great Recession. “The composites, and with it the material markets, worldwide, are under significant overcapacity and cost pressure,” he notes. “With the meltdown both of volumes and prices, companies were forced to rethink their business model. This has motivated several companies to venture into additional offerings: parts production, tool production/services, etc.”

Suppliers and distributors to the composites industry, then, have felt compelled to take matters into their own hands to secure their product pipeline. Today, they feel obligated to assist customers in the proper use and processing of new and often finely tuned materials. The market for their products depends on technology validation. Therefore, says CT columnist, consultant and president of Quickstep Composites (Dayton, Ohio) Dale Brosius, suppliers are often directly involved in end-product development. “A lot of the specification work in aerospace, automotive, boatbuilding and corrosion-resistant markets are done by suppliers of resins or prepregs directly to the OEMs or end-users” he points out. “Composite fabricators/molders sit in the middle of this equation but typically do not invest significantly in market development.” That puts molders at risk of removal from the equation if, says Brosius, “the application requires a new process or is innovative enough there is no one with the capability to do it and the suppler sees an opportunity to capture that value.”

Supplier/distributor Gurit (Isle of Wight, U.K.) has done just that through subsidiary Gurit Automotive Ltd., which builds Class A composite parts directly for auto OEMs. Just this week, it reported that it has secured an exclusive contract with an auto OEM.

The auto industry, now seen (again) as a huge and promising market for composites, could be the trend’s most important bellwether because, says one supplier, market maturation is a key factor. As OEMs grow and proliferate, he contends, they tend to outsource more functions. This invites subpart prefabrication, which is relatively new in the boatbuilding industry but is standard practice in the auto industry, with its proliferation of tier supply networks.

Indeed, to secure a place in the still prospective market for carbon fiber composites in production autos, no less than Toray Industries (Tokyo, Japan) has not only bought out St. Louis-based heavy-tow carbon fiber source Zoltek Corp., but also acquired a 20 percent interest in Plasan Carbon Composites (Walker, Mich.), a high-profile fabricator of Class A carbon fiber auto body parts.

Here, however, Brosius offers some perspective: “Downstream integration in the composites industry by material suppliers is not a new thing,” he notes. “It has been going on for decades.” And, he adds, the result is “sometimes positive, and sometimes not.” Shell Chemical, for example — a supplier of epoxy resins that are now part of the Momentive Specialty Chemicals (Columbus, N.Y.) portfolio — set up a design and prototype capability for automotive structures in the Detroit area in the early 1980s, he recalls. “Then they acquired a majority stake in an Ohio SMC molder, and full ownership of Ardyne, a Grand Haven, Mich., molder of parts via structural resin injection molding (SRIM). Within five years, they exited both businesses.”

This cautionary tale underscores the fact that, especially in the auto industry, the risks are great and the stakes are high: A supplier’s resin, fiber or core product can be processed to automotive standards only if they are processed by methods and under conditions that the suppliers have discovered through hard effort and at great expense. The simplest, most straightforward way to ensure that demand continues is to control the process and make the parts yourself. No surprise, then that an SGL (Wiesbaden, Germany) might want to jointly build a carbon fiber factory and fabric manufacturing facilities with a BMW AG (Munich, Germany) to ensure demand for its product.

That, of course, begs the question, Where does that leave that supplier’s customers, who would also like to market composite parts to that same OEM? At a potential competitive disadvantage, answers one experienced salesperson, who proceeds very carefully when collaborating with a materials supplier that also makes parts. His company, he says, has two fears: “One, that the Structures Division of the materials supplier, as a result of his meetings with them, would hear about an opportunity through its Materials Division, and, two, that the Structures Division could buy material cheaper than we could, if we were competing for the same job.” Structures companies often work with materials suppliers during the bid process, he explains. “And in that bidding process, the supplier’s parts makers would have the obvious edge.”

Not surprisingly, materials suppliers and distributors tend to see the upside of this trend. “Generally, I find these trends positive,” says one core supplier. “It will make our industry more competitive and more professional, accelerate innovation and necessary structural changes, and force each party to maximize their share of the value creation in the value chain.”

But what do you say? CT wants to know. I’ll entertain your comments via e-mail, at mike@compositesworld.com (please label your e-mail in the subject line with “Why are suppliers morphing into fabricators?”). To measure the industry’s pulse on this subject, we’re also sending a survey to key people at companies throughout the composites industry. We’ll send the survey questionnaire via e-mail on or about April 8, 2014 and we’ll publish the results in this space, in our June issue.