Is it really low-tech vs. high tech? 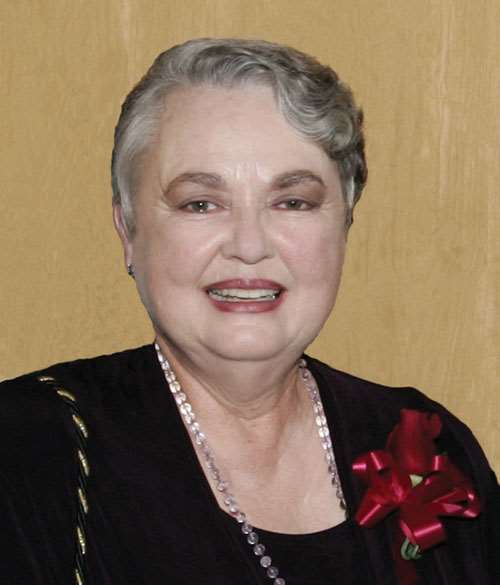 Linda L. Clements, Ph.D., is CEO of C&C Innovation Strategies Inc. (Dayton, Nev.), a company that guides technology firms in leveraging their innovative technology to develop, grow and market their businesses. Clements has more than 25 years of experience in securing and directing government contracts and structuring, proposing, directing and managing effective industry and university R&D efforts. A professional technical editor for more than 20 years, she has provided both industry and university training for almost 30 years. Clements has managed and worked on military and commercial aerospace, alternative energy, space programs, weapons systems and wind tunnel development programs and is a Fellow of the Society for the Advancement of Material and Process Engineering (SAMPE). She can be contacted at lclements@ candcinnovation.com.

Linda L. Clements, Ph.D., is CEO of C&C Innovation Strategies Inc. (Dayton, Nev.), a company that guides technology firms in leveraging their innovative technology to develop, grow and market their businesses. Clements has more than 25 years of experience in securing and directing government contracts and structuring, proposing, directing and managing effective industry and university R&D efforts. A professional technical editor for more than 20 years, she has provided both industry and university training for almost 30 years. Clements has managed and worked on military and commercial aerospace, alternative energy, space programs, weapons systems and wind tunnel development programs and is a Fellow of the Society for the Advancement of Material and Process Engineering (SAMPE). She can be contacted at lclements@ candcinnovation.com.

Yes, I like to push the envelope. I like to find new and exciting solutions. I like to see big problems solved. So I’ve chased high-performance composites and studied the materials with which they are made during my entire professional life.

Materials like E-glass. What? you say. E-glass is high-performance? Well, if we accept a common definition of high performance as meaning better than conventional structural materials (i.e., steel or aluminum) on a strength-to-weight or stiffness-to-weight basis, then E-glass is definitely a high-performance material, at least assuming we have a strength-critical application. In fact, E-glass makes great flywheels, wonderful wind turbines and the best helicopter rotor blades.

I’ll bet that a lot of folks who read this column regularly — assuming I’m lucky and lots of folks are reading — have spent their entire careers working with E-glass without ever thinking they were high-performance geeks, too. To them, welcome to the club!

Then there are the high-end processes that I’ve worked with. Like filament winding. And resin transfer molding (RTM). Where did those come from? It had something to do with the high-performance folks who once relied on autoclave-cured prepreg finally discovering (to their shock, in many cases) that there really was a financial bottom line, even when designing and producing high-end applications. Several busts in the often booming aerospace industry over the years helped clarify that for us, and the end of the Cold War in 1990 and resulting drop in defense spending made it crystal clear. Faced with the need to control cost, we turned to what we perceived as the lower-tech end of the industry and found processes that would make our composites without destroying our budgets.

In the mid-1970s, I began really learning composites when I went to work at Lawrence Livermore National Laboratory (Livermore, Calif.). With help from folks like Brandt Goldsworthy (who created and authored this column for its first year, in 2000), we were using filament winding to develop high-tech things like Trident Missile motor cases, Space Shuttle gas bottles and various weapons. Goldsworthy had shown us already that so-called low-tech processes, such as filament winding and pultrusion, could be used to make the highest quality composites. At this same time, I also was privileged to be among the first to characterize a fiber that bore the preproduction name PDR-49, a fiber DuPont later released as Kevlar 49. When I showed them our results for strength of 0° composites, DuPont was incredulous — my data gave strengths 25 percent higher than what DuPont had been getting. It took some time to convince DuPont that my data were real and more time to develop an explanation — the difference was due to the fact that our excellent filament-wound test samples were far superior to DuPont’s hand layed versions! So … which was the lower-tech process?

What is my point? First, that the high-tech and low-tech ends of the composites industry can learn from each other. Would those who have spent years doing “low-tech” filament winding have been surprised when aerospace technicians discovered that they could wind high-quality composites? Were any of you transfer molding folks surprised to hear that you can get high quality from a resin transfer process? Would any of you who are composites fabricators have been shocked to learn that your processes are keys to keeping to a firm budget? If we aerospace types had been listening years and years ago, we could have learned much from you. And when we discovered that there really was a bottom line, whose processes did we turn to for help?

On the other hand, I hope by now that the high-performance side of the industry has returned some of the favor. I’m sure that some of you are very familiar with these crossovers. Many of you have had to push quality for some application and turned to a high-tech solution as a means to do so. For example, I know that many so-called low-tech fabricators have added, or at least considered adding, a little carbon fiber to improve part stiffness, reduce wall thickness and/or minimize weight. Some of you have already found use for your talents in military applications, such as vehicle reinforcement.

It might be time now to go even further. There are other high-end applications out there for which so-called low-tech composites may be the perfect solution. Conversely, there could be a high-tech fix for what is assumed to be a low-tech  product. For example, after a shortage that lasted for several years, carbon fiber producers have been gearing up to meet increased demand from composites manufacturers in the aircraft industry and a variety of “industrial” markets. However, unexpected production delays in the aircraft segment have resulted in an oversupply. As a result, there is a lot of carbon fiber available on the market, with an accompanying reduction in prices. Although it hardly qualifies as cheap, maybe it is time to see if “a little” carbon fiber can help one of your designs? Additionally, seek to widen your manufacturing scope. Do some searches at the Federal Business Opportunities Web site (www.FedBizOpps.com) and be creative in thinking about where your own special products and technologies might be of use. Perhaps you can chat with someone at a high-tech composites shop to see if you might be able to work together. The various composites conferences and exhibitions are good places to find and talk to some of these folks, and you also can contact vendors you find in the online SOURCEBOOK at www.compositesworld.com. If you connect with a good hands-on person, you may find someone who is very receptive to a technology exchange. If you don’t feel that you know enough and there is a short course or tutorial that introduces high-performance composites, sign up for it. And then get your money’s worth — ask lots of questions and make use of the instructor and any other contacts you find there.

I believe this kind of proactive educational effort is in order not only because the two apparent extremes of our industry have much to learn from each other, but also because they are slowly blending. I see, between the high-tech and low-tech poles, a much more continuous spectrum of applications and manufacturers than when I started in the industry in the 1970s. In fact, I predict that someday, as composites are integrated more and more into our daily life, composites fabricators and other industry practitioners will find the concept of a distinction between high-tech and low-tech composites not only incomprehensible but also very, very amusing. We’ll all be just composites geeks!