The future of aerial combat 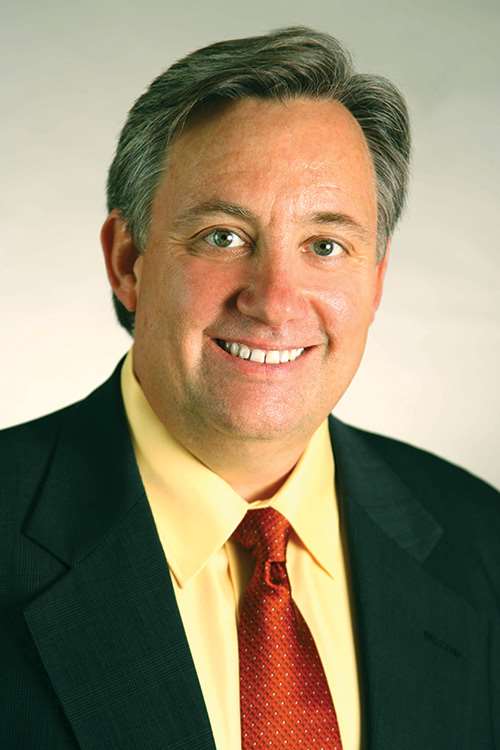 Dale Brosius is head of his own consulting company and the president of Dayton, Ohio-based Quickstep Composites, the U.S. subsidiary of Australia-based Quickstep Technologies (Bankstown Airport, New South Wales), which develops out-of-autoclave curing processes for advanced composites. His career includes a number of positions at Dow Chemical, Fiberite and Cytec, and for three years he served as the general chair of SPE’s annual Automotive Composites Conference and Exhibition (ACCE). Brosius has a BS in chemical engineering from Texas A&M University and an MBA. Since 2000, he has been a contributing writer for Composites Technology and High-Performance Composites.

Back in the summer of 1977, “in a galaxy far, far away,” a strapping young pilot named Luke Skywalker hopped into the seat of an X-wing fighter and, with fellow pilots from the Rebel Alliance, did aerial combat with more advanced TIE fighters from the Galactic Empire. Dogfights occurred at supersonic speeds, with tremendous casualties all around, and Skywalker managed to penetrate the innermost defenses and destroy the Death Star, saving the Alliance from certain annihilation. The hero returned to great fanfare, just like the fighter pilots of wars long past.

Although Star Wars is a science fiction movie, the dogfight scenes are very much out of World War II, just with fancier-looking fighters. In 1977, it seemed plausible that battles in outer space would eventually be fought with piloted spacecraft — plus it made for a more exciting plot. To put things in perspective, that summer we were playing Pong, and a year later we would finally get Space Invaders as a video game! On a big arcade machine, of course. The personal computer was several years away, and the Internet was still 15 years from widespread public use. Things have definitely changed since then.

It is fanciful to envision an Earth, 20 to 30 years hence, when all the countries can get along in perfect harmony — I’m not naïve enough to believe there won’t be a need for highly maneuverable, supersonic aircraft capable of engaging other aircraft. So long as countries compete on different economic, philosophical and geopolitical bases and compete for natural resources, there will be a need for such capabilities, even if it’s just to keep the other guys honest. What I do believe is that the F-35 Joint Strike Fighter (JSF) will be the last U.S.-built fighter aircraft with a seat for a human pilot. JSF production is currently planned for another 15 to 20 years — up to 3,000 aircraft. By the time the last F-35 rolls off the line, a new generation of nimble unmanned combat aircraft will be ready to take flight. And these aircraft will be faster and more capable than the JSF. Not very movie-worthy, I know, but very practical.

We’re already on a path toward this goal. A number of unmanned aerial systems are flying in battlefield situations, and virtual-reality systems are advancing exponentially. Computing power is expanding at rapid rates, and the systems being developed for the F-35 will have more than 24 million lines of code. Recently Northrop Grumman’s (Falls Church, Va.) X-47B, a fighter-jet-sized unmanned plane under development for the U.S. Navy, was successfully launched from an aircraft carrier and then completed a tail-hook touchdown on land. Although it will be suitable for weapons delivery when development is complete, its top speed of less than Mach 1 (compared to the Mach 1.6 speed of the F-35) will make it unable to compete effectively in a dogfight. But it certainly points the way.

Without a human aboard, a fighter will be capable of much higher G-forces and acrobatic spins when executing evasive maneuvers. Because it will be piloted remotely, it could undertake missions that involve greater risk, and self-destruct mechanisms could be activated to avoid having the aircraft land semi-intact in enemy territory — a computer does not need an ejection seat! Clearly, some issues have to be addressed regarding secure communications and avoidance of signal jamming, but that also will be true for manned aircraft.

What might this mean for composites? As nanotechnologies evolve, I expect to see composite materials with very novel thermal and electrical properties employed, especially given the supersonic speed capability and the need for a low radar signature. High-temperature resins, such as bismaleimide and polyimide, will be required to resist aerodynamic heating. Higher structural loads may call for the use of higher modulus fibers if the shape needs to be maintained, but an argument also could be made for more flexible wings, especially when the aircraft is executing a spin.

Given the preceding arguments, some might conclude that a remotely piloted commercial passenger aircraft would be even easier to implement — and they would be right. In fact, many aspects of flying today already involve considerable use of automated systems to maintain course and altitude, not to mention landing the aircraft. But I’m not quite ready to accept a passenger flight without a physical pilot (and I presume most of my fellow passengers feel likewise). I kind of like the fact that there’s someone from the airline on board who has as much interest as I do in getting to the destination safely!