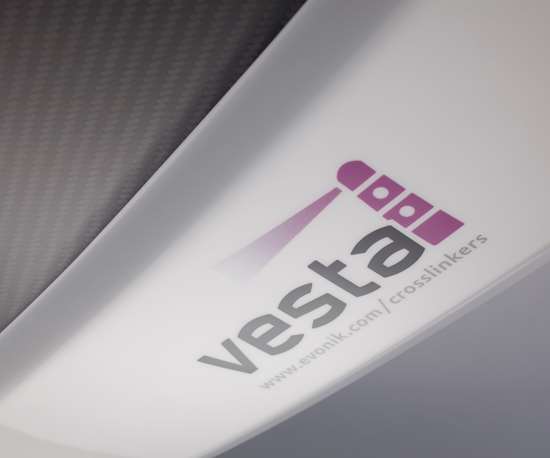 Residual stress is a significant problem in composites processing, say the authors, caused by chemical shrinkage of the matrix due to crosslinking of molecules, mismatch of thermal expansion or contraction among fibers and matrix (a cause of fiber print-through) and viscoelastic relaxation during fabrication. These phenomena are strongly coupled, and can lead to defects in the finished part like shape distortion, micro cracking, delamination, reduced mechanical strength, aging and wavy surfaces. And, for automotive composites, resin systems face conflicting demands: fast cycle times, which can produce residual stress, and Class-A surface quality, which decreases with increasing stress.

First, the researchers cured samples of various epoxies, using a bisphenol A diglycidyl ether (DGEBA) cured with isophorone diamine. Using a variety of test methods, including volume diatometry, DIN EN ISO 3521 (Pyknometer/Buoyancy Scale) and the pVT method (developed by RWTH Aachen University), the overall shrinkage behavior of the epoxy was determined to be 2.3-2.4%. Then, using thermomechanical analysis (TMA), changes in length were measured in epoxy samples, with the results indicating that the changes in dimension (shrinkage/expansion) are due to relaxation processes and the release of “frozen-in” free volume within the samples.

More tests were run using a range of reactive amines, the curing agents used in epoxy processing. Samples were created with cycloaliphatic, araliphatic and aliphatic amines, to determine their effects on shrinkage, and a variety of reactive diluents were also investigated, with the samples cured for 30 minutes at 120°C. The cycloaliphatic structures showed the lowest shrinkage (2.4%), while aliphatic structures show higher shrinkage. The longer the aliphatic chain length, the higher the shrinkage. And, the longer the aliphatic chain length (higher mobility) of the reactive thinners, the more shrinkage was observed, up to 4.5%.

The final part of the study was to produce composite parts using the resin transfer molding (RTM) process, to actually observe shrinkage and resultant part surface quality. All parts were made with the same fiber architecture, a quasi-isotropic layup using non-crimp fabrics, and were cured for 10 minutes at 120°C. The results verified that an epoxy resin formulation containing cycloaliphatic structures was superior over highly formulated resin systems that contain open chain aliphatic components, and produced a part with very little surface waviness, particularly when the part was made with an additional in-mold-coating (IMC) using the same resin formulation.

To further reduce shrinkage effects, say the authors, there is another approach: polyurethane prepreg. Evonik’s polyurethane system, which is based on aliphatic diisocyanate with a uretdione structure, cures quickly while still offering good mechanical properties and high toughness, and is stable with room-temperature storage.  Because it behaves like a thermoplastic before cure, in its prepolymer state, it can be easily preformed, yet after cure it has thermoset properties. In terms of shrinkage, the paper compares epoxy cured with cycloaliphatic amine (IPD/DGEBA system, 2.4% shrinkage) to Evonik’s new resin, which exhibited less than 1% shrinkage, attributed to the chemistry and process differences.

The authors showed that using polyurethane prepreg in a simple PCM (Prepreg Compression Molding) process yields parts with surface qualities in the same range as the optimized epoxy formulations, while noting that surface properties in general are also linked to the fabrication process, the fiber architecture and the integrated surface finishing technologies  (i.e., IMC) used.