Rhode Island Commerce director of business development John Riendeau discusses how the state’s legacy experience in boat building has translated into expertise in new markets within the composites industry.

Clear Carbon Composites (C3) is a example of a Rhode Island company who took its composites experience in boat building to new markets including wind energy and making musical instruments.  Source | C3 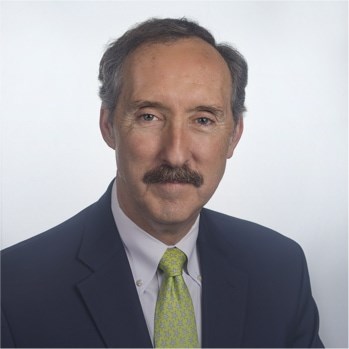 Riendeau discusses how the state of Rhode Island has leveraged centuries of local boat-building experience to transition into the world of advanced composites.

You can listen to the full CW Talks interview above or visit:

Excerpt from the episode

CW: Let’s look at a couple of Rhode Island-based companies, Clear Carbon and Components (C3) and Goetz Composites. Can we examine those two companies is a little bit of an example of the shift from boat-building to new composites-related markets? Can you tell us a bit about what these two companies are doing?

JR: I’ll start with Clear Carbon and Components. So Matt Dunham, who’s the founder of the company, in his youth as a boat builder learned the skills for setting fiberglass and resin in a mold to build a boat. When he created his own company he wanted to experiment and do things his own way. He has done that with all types of different components, getting into carbon fiber Kevlar, other exotic materials … On behalf of the military he [manufactures] a [carbon fiber] enclosure that is portable and foldable…. you pull it apart into a 20-foot box, which could be used for housing [or] a military command pose, etc.

He also does unique vessels [such as] tow vessels for the U.S. Navy [and] undersea unmanned vehicles. So he’s doing so pretty unique things and he’s also doing [musical instruments] that he that evolved through a friend. He experimented [and] did a lot of prototype development … and now he’s one of the premier string instrument manufacturers in the country, [manufacturing] violins, cellos, violas ... along those lines. A totally different customer base from the U.S. military.

He also does a portable matting system. Again, all carbon fiber that you unroll — picture this thing at about 10 feet wide, that unrolls and lays over wet, muddy ground so that vehicles can transit over it. And you just roll it back up and you take it with you. That’s for the military and other users that want to get over this kind of a terrain.

He [also] does some very exotic furniture — very high end, very durable. It can withstand the elements and it can accept color, because the color is infused into the product itself. He’s a very unique builder and designer of various composite components.

Goetz Composites is the other company you talked about and you know, Eric Goetz has been around since the 70s playing with this stuff and it was around 1984 that he built, on behalf of a German customer, a custom carbon fiber racing yacht called the Frers 54. So,that was 36 years ago. At that time, that was novel — that was a novel boat, a novel vessel, and a lot of it caught a lot of attention. It was lighter, more durable, faster. When people see that, they want the same materials in their boats.

Goetz has gotten into the architectural field and [has created] very unique pieces. For example, for Universal Studios in Orlando, he worked extensively with the Wizarding World of Harry Potter, doing very unique pieces that are on the exterior of those buildings. He did a piece for the Miami design district called the Fly’s Eye Dome.

And it's not just these companies. It’s Rhode Island that stands out — lots of companies here have that capability have had been able to work with these kind of exotic materials and resins and are able to produce. That’s why so many people want to see their products built by Rhode Island builders.