Stratolaunch has reportedly backed off of development of a family of launch vehicles that were intended to use the company’s all composite carrier aircraft as a launch platform.
#northropgrumman #space 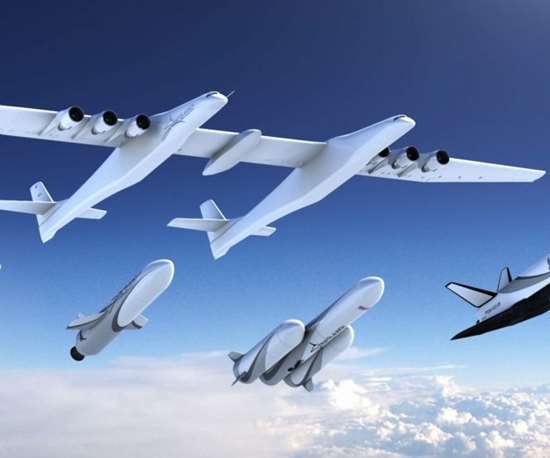 Stratolaunch (Seattle, WA, US), the company behind the world’s largest all-composites aircraft, has reportedly backed off of its development program of a family of launch vehicles that were intended to use the company’s carrier aircraft as a mobile launch platform.

The company says, “we are streamlining operations, focusing on the aircraft and our ability to support a demonstration launch of the Northrop Grumman [Falls Church, VA, US] Pegasus XL air-launch vehicle.”

According to Aerospace Daily & Defense Report, the end of the launcher program comes just weeks after tests of its PGA rocket engine’s preburner at NASA Stennis Space Center (Hancock County, MS, US) – and three months after Stratolaunch founder Paul Allen, passed away from complications of lymphoma.