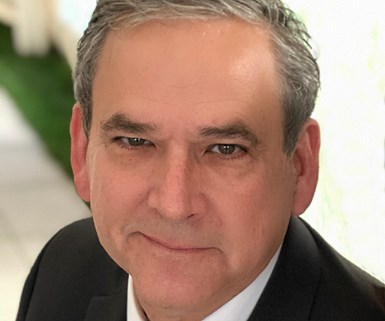 Willden was recognized for his successes in the development and implementation of processes and equipment for large composite aerospace structures. According to SME, Willden is a highly skilled engineer and innovator whose ideas are used in production, saving tens of millions of dollars annually and millions of dollars in nonrecurring cost avoidance in the last 10 years at Boeing.

“During the next 20 years, our industry will see a strong demand for aircraft production to double the current 20,000 aircraft and replace half the existing aging air fleet,” Willden says. “Our aerospace factories around the world will significantly rely on our collective work in composites to improve processes, materials and quality, and to increase the throughput and efficiencies of our production systems.”

Throughout his career, Willden has received 47 patents, published more than 20 technical papers on composites in aerospace manufacturing, worked with NASA on significant advancements in composite processes and structures and has earned many top Boeing corporate awards. He also has lectured and advised on composites manufacturing for Boeing global suppliers and several universities, including the University of Washington and the University of British Columbia.

“I am grateful for the opportunity that I have had in my career of over 30 years to contribute through innovation and work with other highly skilled engineers to push the state-of-the-art of composites within the aerospace industry,” Willsden adds. 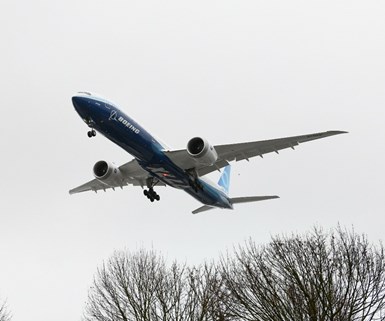 Boeing 777X during its first flight in January 2020. Source | Boeing

The Boeing Co. received the 2020 Excellence in Composites Manufacturing Award (Large Company) for innovative tooling and manufacture of its 777X aircraft, which incorporates the longest, single-piece composite wing spar. Thanks, in part, to the composite wing, the 777X will allow airplanes to carry more people more efficiently and in exceptional comfort. The composite wing spar is the latest milestone in a decade of development, design and build of this innovative airplane family and its production system.

The Excellence in Composites Manufacturing Awards, which traditionally are given at SME’s annual AeroDef Manufacturing event, were presented independently in 2020.