Royal Engineered Composites will add 65 positions to their manufacturing facility in Minden, NE, US by the end of 2018.
#autoclave #cuttingtools 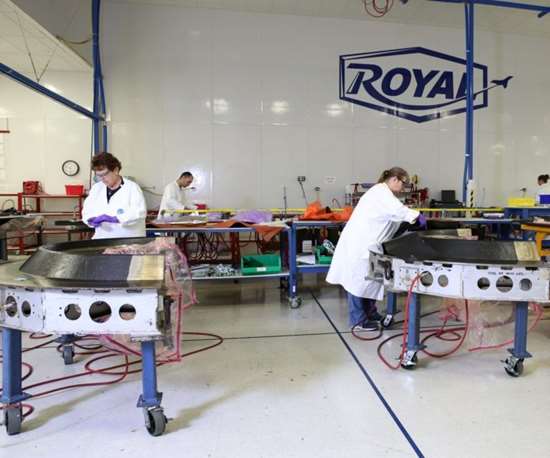 Royal Engineered Composites (Minden, NE, US) announced on July 25 the addition of 65 positions to their manufacturing facility by the end of 2018. The new positions are being created due to a 300% increase in production of parts for a commercial single aisle aircraft manufactured in France.

“[The parts] are composite with honeycomb and will be using laser ply projectors, autoclaves, CNC trim operations, C-scan inspection and assembly in the final delivered components,” says Jarrod Ridge, business development manager for Royal Engineered Composites. “It’s a small number of part numbers, but a large number of items to deliver in support of the growing demand for the single aisle that the major OEM’s are seeing at present.”

A large portion of the 65 additions to Royal’s team will be production positions on second and third shifts, which will allow Royal to continually produce parts 24-hours a day.

“The parts that we make for airplanes are very unique, so we will train the right candidate for job,” says Dave Arnold, president of Royal Engineered Composites.. “We have a clean facility and are not an assembly line, so we encourage everyone to take a look at the possibilities that a career in manufacturing can provide.”