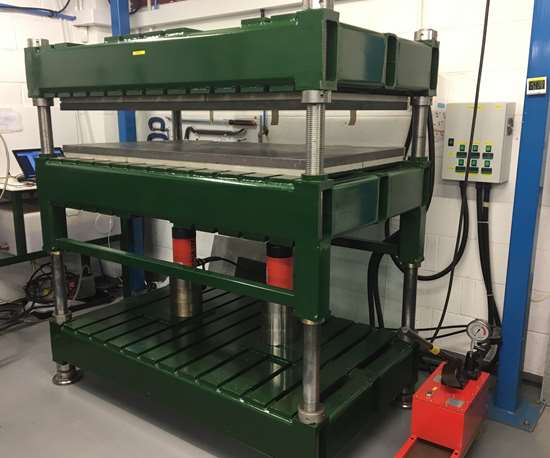 Rockwood Composites (Devon, UK) announced Oct. 8 that it has increased its manufacturing capacity by 50%, mostly for large aircraft components. The company has invested in a third large press which it says will enable it to produce more components up to a size of 2m by 1m, including aircraft interior door panels.

According to Rockwood, its presses are used to produce complex composite components incorporating multiple elements and complicated geometries. The press molding process is said to enable faster cycle times and produce high quality components which require a minimum of finishing. Rockwood now has three large presses and four small ones fully operational.

The presses use pressure and heat to cure composites material for a wide range of industries including aerospace, defense, automotive, nuclear energy and medical technology.

The press was fabricated and built by Alderman Tooling (Plymouth, UK).