Marty Holden is a technical sales representative responsible for growing American Colors’ presence in the southwest region of the U.S. He is also responsible for optimizing current accounts while gaining access to new accounts in new territories. Holden has a bachelor’s degree from Edinboro University and brings with him 28 years of knowledge and experience in the color dispersion industry.

Jed Miller will be responsible for further developing the southeast territory for American Colors. He has an associate’s degree from Kent State University and is currently pursuing a bachelor’s degree in business. He brings with him five years of experience in the composites industry. 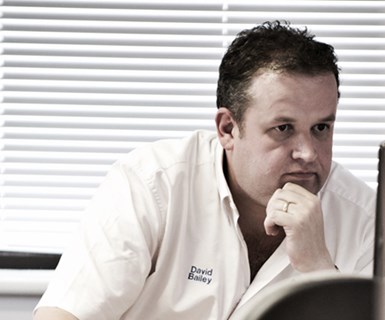 Composites UK (Berkhamsted, U.K.) has announced that Dr. David Bailey FRAeS has joined the Association as its new CEO.

Bailey brings with him a wealth of experience of advanced engineering, manufacturing, research and technology, skills planning and development, and supply chain improvement, having operated at all levels.

Bailey started his engineering apprenticeship with Airbus before gaining his first degree in Aeronautical Engineering in 1992 from Loughborough University. He later worked in the Rolls‐Royce Technology Centre where he completed a Ph.D. in Gas Turbine Aerodynamics.

He joined ALSTOM in 1995 designing compressors, turbines and combustion systems for both industrial gas turbines and aero‐engines. He became Head of Technology in 2000 and led ALSTOM’s Future Technology and European R&T Programmes, across a five‐year period.

He was appointed to the position of Chief Executive of NWAA in 2014, where he was responsible for one of the largest aerospace clusters in the world representing 240 aerospace member companies, including organizations such as BAE Systems, AIRBUS, Rolls‐Royce, Safran, MBDA Missile Systems, Kaman, Teledyne CML Composites and Sigmatex, with a combined turnover in excess of £8 billion and employing 26,000 highly skilled people across the North West of England.

Bailey was appointed to the Board of the Aerospace Growth Partnership in 2015 to represent over 2,000 companies in the U.K. aerospace supply chain and has contributed to the development and delivery of the U.K.’s aerospace strategy. He has input to the U.K.’s supply chain strategy and is currently working with the national trade associations for the aerospace and automotive sectors to deliver the new National Manufacturing Competitiveness Levels (NMCL) program. He was made a Fellow of the Royal Aeronautical Society in 2017 for services to the North West’s Aerospace Industry.

Frank Nielsen has successfully grown the JSB Kitting business to a global leadership position with the JSB team over the last years.

Andreas Kipker is currently Commercial Director of the Kitting business. Starting July 1, 2020, Andreas Kipker will take over the role of General Manager Kitting and succeed Frank Nielsen as a member of the Executive Committee. Kipker joined JSB in 2013 and previously held various positions in the JSB Group, today’s Kitting business unit. The search for a replacement of the Commercial Director role will be initiated in due course. 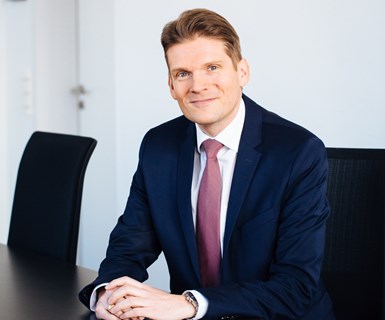 Since 2016, Dr. Torsten Derr has held the position Managing Director of SALTIGO GmbH, a subsidiary of LANXESS AG. Following his master’s degree and attainment of his Ph.D. in chemistry at the University of Bremen, Derr began his professional career in 1997 at Bayer AG, and since 2003 at LANXESS AG, where he was Vice President for Plastic Intermediates, Head of the Business Units Material Protection Products and EDPM-Elastomers, as well as holding various other management functions such as Head of Commercial & Supply Chain Excellence & Chief Commercial Officer of LANXESS AG. 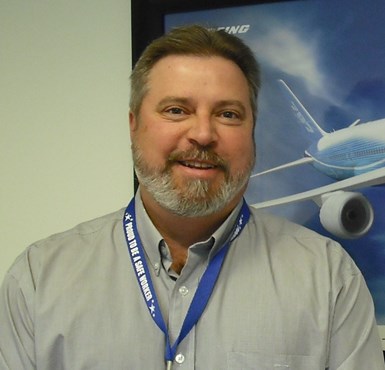 According to the company, Trzaskos is widely regarded as a leading expert in all matters related to bonding, and played a key in growing Solvay’s (formerly Cytec’s) aerospace adhesives business into a market leader. He started his career in 1981 with American Cyanamid at their Stamford, Conn., U.S., laboratories as a Research Chemist. He spent many years at the company’s main aerospace adhesives plant in Havre de Grace, Md., including working as Product Development Chemist and eventually as Quality Manager. As the company became part of Cytec Industries in the 1990s, and later Solvay, Trzaskos continued his significant contributions to his company and to advancements in the field.

Trzaskos’s ​​​​​technical leadership and his overall effectiveness in helping industry leaders advance the field of aerospace bonding earned him the position of Senior Technical Fellow, the highest technical position attainable at Cytec/Solvay. He spent much of his career working closely with the bonding community at Boeing, but over the years his knowledge and skills are estimated to have contributed in some way to every significant aerospace program developed in the last 30 years, Solvay says. He retires to the Seattle area but will continue to consult and contribute to Solvay, and to the broader aerospace bonding community. 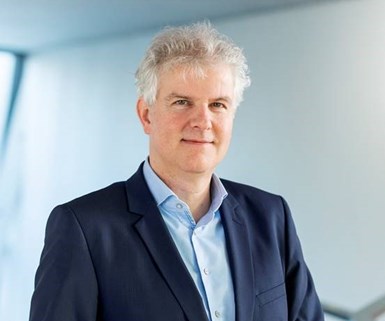 Peter ter Horst joined Teijin Aramid in 2006, has held the position of chief financial officer since 2011, and held strategy and controller positions previously.

Gert Frederiks and Peter ter Horst have worked closely together since the early 2010s, and since then Ter Horst has led continuous improvements within the company focusing on cost leadership and investments in new technologies, products and capacity. Teijin says this laid the foundation for the company’s current solid business performance and opportunities for further growth, including recently announced production capacity increase in two Netherlands facilities which will contribue to 25% targeted capacity increase between 2017-2022.

“I am honored to follow the footsteps of Gert, and thank him for his leadership the past decade,” Ter Horst says. “I have been privileged to work together with him in building the business to where we are today. We continue to reinforce our customers’ businesses and create high-performance products that are stronger, lighter and more durable. I am excited to work together with all our customers worldwide. I also look forward to working with all the talents within the Teijin Group and Teijin Aramid, our partners and suppliers to reach our ambitions for stable growth and our never ceasing contribution to a sustainable world.”

Gert Frederiks has been leading Teijin Aramid since 2010. “Peter has demonstrated great leadership within the company and his appointment is a testimony to Teijin’s sustainable growth ambitions. I wish Peter every success as President & CEO, strengthening our competitive position and further growth of Teijin Aramid,” Frederiks says.