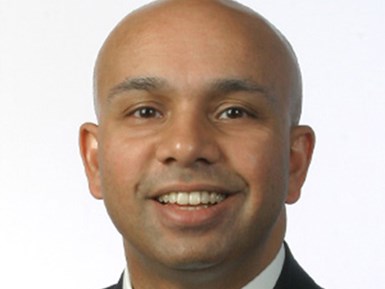 Bhattacharjee is a member of the Middle River Aerostructure Systems (MRAS) leadership team, and brings extensive experience in management, design, manufacturing and engineering — including managerial positions on international jet engine programs and in the joint venture environment.

Prior to his appointment as Nexcelle president, Bhattacharjee was MRAS’ senior product manager for regional nacelle programs. He began his aviation industry career in 1996, joining GE Aviation (Cincinnati, Ohio, U.S.) as a structural design engineer, then progressed through a number of expanded roles involving product design and manufacturing before being named a Six Sigma Black Belt.

He holds a Master’s Degree in mechanical engineering from Tuskegee University in the U.S., and a Bachelor of Science Degree in physics from India’s Delhi University.

The Nexcelle presidency rotates between MRAS and Safran Nacelles. Bhattacharjee succeeds Patrice Provost, a Safran Nacelles employee, who was the president since early 2019. Provost continues his relationship with Nexcelle as one of the joint venture’s two executive vice presidents. 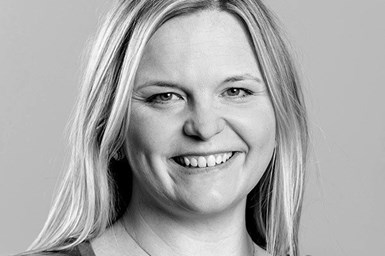 Bidan has held senior HR leadership roles with several top technology and consumer brand names including Peloton, BlackBerry, Yahoo, Indeed.com and InVision. She comes to Boom reportedly having made significant contributions to the HR practices of rapidly scaling organizations — under her leadership, Peloton, Indeed and BlackBerry are said to have grown their teams by thousands of employees. Leveraging Bidan’s nearly 20 years of expertise in scaling companies while fostering strong corporate culture, Boom says it will soon expand its team to enter the production phase for Overture as soon as 2023.

“Boom is completely rethinking commercial air travel in a way that will transform the aviation industry,” says Barb Bidan. “This vision will continue to help Boom attract a diverse and talented team. I’m excited for the unique opportunity to foster a culture that rewards innovation, motivates us to achieve our long-term vision and positions Boom for our next phase of growth.”

With a $45 million investment from Prime Movers Lab, Boom also says it has welcomed Zia Huque to its board of directors. Huque is a general partner at Prime Movers Lab and is said to bring a wealth of experience in later-stage financing, having spent the vast majority of his career on Wall Street in capital markets financing. Huque previously served as president and CEO of Deutsche Bank Securities Inc. and held a number of other executive roles at Deutsche Bank.

“I am passionate about bringing breakthrough technology to market, and I'm thrilled to be working with Blake and the rest of the Boom board and team to deliver a sustainable supersonic renaissance,” says Huque.

“Our goal is to make Boom a place where the most talented people on the planet are inspired and enabled to do the best work of their careers,” adds Blake Scholl, Boom founder and CEO. “Both Barb and Zia are truly world-class leaders, and I’m excited to work with them as we make supersonic travel a reality and build a generational company.” 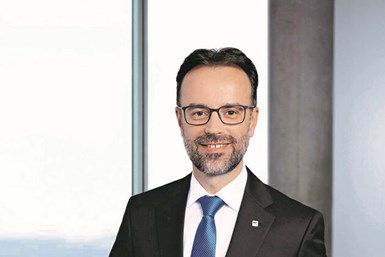 The Borealis Supervisory Board has announced the appointment of Thomas Gangl, 49, as the new CEO of Borealis AG (Vienna Austria), effective April 1, 2021. Thomas Gangl succeeds Alfred Stern, 56, who assumes the role of OMV’s (Vienna, Austria) Executive Board member for chemicals and materials.

With Thomas Gangl, Borealis says it gains an exceptional manager and expert from among OMV’s ranks. With more than 20 years of experience in OMV, Thomas Gangl has not only played a significant part in shaping the refining and petrochemicals business in the OMV Group but more recently was also responsible for establishing chemical recycling, thereby laying the foundation for OMV’s circular economy strategy.

During his 13 year tenure at Borealis, Alfred Stern has successfully proven visionary leadership by driving Borealis’ transformation from a virgin polyolefins producer to a leading provider of advanced and circular polyolefin solutions, and firmly establishing the company as an innovation and technology leader. He has led Borealis on the way to become a purpose-driven organization, significantly growing enterprise value, while further expanding its geographical footprint in North America.

As part of its strategy to support and accelerate the growth of the European composites industry and to strengthen its voice at European level, the European Composites Industry Association (EuCIA, Brussels, Belgium) has appointed Ben Drogt to the newly-created role of managing director. He has a Masters of Science in aerospace technology, 25 years experience at DSM (Geleen, Netherlands) in different R&D and business positions, and since 2010, has been an independent consultant.

According to EuCIA, Drogt will be active in further developing co-operations and partnerships with associations in industries where composites are used, to face common challenges and nurture the opportunities available to the European composite industry and to extend EuCIA’s platform as the representative of the composite associations in Europe.

“It is an honor to bring more than 35 years of experience in the composites industry to this role,” says Ben Drogt. “I have been collaborating with EuCIA since 2015 on several sustainability-focused projects, including the development and launch of the Eco Calculator tool for assessing the environmental impact of composite products. I am convinced the composites industry has a bright future in Europe, well supported by the composite associations that are members of EuCIA. But I’m also convinced that there are challenges for our industry that need representation at a European level. EuCIA will fulfill this role. The decision to extend the organization with the role of a managing director is a sign of its commitment to this.”

According to Roberto Frassine, president of EuCIA, this step is the result of a review initiated by EuCIA’s Board of Directors on how best to align EuCIA’s future activities to answer the evolving needs of the European composites industry: “Ben is joining us at a time when we are looking to expand our activities to better serve the European composites market,” Frassine says. “We are sure that his experience and his professional network will contribute greatly to the visibility and effectiveness of our organization. We welcome him to our team and I’m convinced that his efforts will help us improve EuCIA’s institutional and market positioning.”

On April 6 it was announced that Helene Moreau-Leroy has become the chairman and CEO of Hutchinson (Paris France).

Following her appointment, Helene Moreau-Leroy says, “In a context of far-reaching changes in the automotive and aerospace markets, we are committed, together with the Hutchinson teams, to meet the technological challenges and contribute actively to develop responsible and sustainable mobility.”

After graduating from the INSA grande école in Lyon, France, and obtaining an MBA in international business from the University of New England in Australia, Helene Moreau-Leroy began her career as design office manager and then international production and purchasing manager at the major industrial groups Thomson (La Défense) and Alstom (Levallois-Perret).

She joined Safran’s (Paris) Purchasing Department in 2003, before moving to its subsidiary Safran Landing Systems, first as head of supply chain development in emerging countries, then director of the Airbus and European Programs Business Unit and finally, program director.

In 2013, she joined Safran’s Executive Committee as CEO of Safran Transmission Systems, a division specialized in the design and manufacture of power transmissions for the aerospace and space industries, and in 2018 she oversaw the integration of Zodiac Aerospace (Plaisir) on its acquisition by the Group.

Helene Moreau-Leroy is also lead director of the Board of Directors of Arkema (Cologne, Germany) and a Knight of the French National Order of the Legion of Honor.