On Automotive: From Supercars to Supply Chains to Stamping

In this edition we see everything from stamping processes to developments in powertrain. Please spread the word on what is still a startup by asking other people to sign up for this by using this link.

The e-motor for the McLaren Artura. (Image: McLaren)

McLaren is revealing more information about the Artura, the composite-intensive hybrid supercar that is to be released in Q3 this year. (Base price: $225,000, in case you’re wondering.)

One of the interesting aspects of the powertrain is the hybrid motor (shown above).

Dimensionally, McLaren likens it to a conventional iron brake rotor in overall size and weight (33.88 lb).

The e-motor is located in the bell housing for the newly developed eight-speed twin-clutch transmission. One gear that the transmission doesn’t have is reverse. The e-motor does the job, by rotating in the opposite direction.

There are two tasks that the e-motor performs.

A bit of a boast. “The McLaren Artura’s all-new, super-lightweight electrified powertrain is at the cutting-edge of high-performance-hybrid technology, engineered to offer all of the advantages of internal combustion and electric power in one package and establish new benchmarks for combined performance and efficiency in the supercar class. The ‘clean-sheet’ design of the Artura has allowed us to focus on how to make this power accessible to the driver and deliver the levels of engagement expected from a McLaren.”
Geoff Grose, Chief Engineer, McLaren Automotive

Inside the N DCT. (Image: Hyundai)

While on the subject of transmissions. . .

Hyundai will be putting what it calls its “N DCT” into the ’22 Kona N compact SUV.

The Kona N is a performance vehicle, Instead of a manual gearbox, they’re deploying an enhanced version of the in-house developed eight-speed dual clutch transmission (DCT) in the vehicle.

Why wet? This is a wet-type transmission. The “wet” is provided by two electric oil pumps that reduce friction and help cool the clutch.

Not only does this facilitate high-torque vehicle operations and help minimize the risk of overheating the clutch, but it also helps improve fuel economy.

Odds are the driver of a vehicle that has a button-activated mode named “N Grin Shift,” which maximizes the performance of the 276-hp, turbocharged,2.0-liter engine and the DCT, isn’t going to be too concerned about fuel economy.

Plenty can go wrong in an automotive supply chain. Especially when that supply chain is for three brands with multiple models, as is the case with Audi, Porsche and Volkswagen.

A tool: Artificial intelligence to keep track of things.

The aforementioned companies are using a monitoring system based on an intelligent algorithm developed by Prewave, an Austrian startup.

Explained: “Prewave enables us to manage risks in a targeted manner – even in the lower-level supply chains. For us, this is about transparency. Artificial Intelligence simplifies the complex analysis of data, allowing us to address partners directly and request improvements in sustainability. The goal is to achieve this in partnership with suppliers. In the event of escalation, however, termination of business relations is certainly also an option,” says Markus Wagner, Head of Procurement Strategy and Sustainability at Porsche AG.

Alternative factors. It isn’t just the lack of available parts or a labor action.

Prewave monitors the news in more than 50 languages and over 150 countries.

There are more than 5,000 keywords monitored in relation to some 4,000 suppliers.

Sustainability is a key factor. Ullrich Gereke, Head of Procurement Strategy for the Volkswagen Group, explains: “We are meeting our responsibility for ensuring a sustainable and fair supply chain – we established sustainability criteria for our suppliers on a contractual basis as long ago as 2014. Since 2019, we have checked compliance with our standards as part of the award process. By partnering with Prewave, we now have another tool to uncover and investigate potential violations, thereby contributing to improved social and environmental conditions at our suppliers’ production sites.”

Reporters are likely to find out about something awry before a supplier is likely to report it to its customers.

Speaking of Audi, that picture above is of a die set that is used to produce the body side panels for the Audi Q4 e-tron.

Stamping is performed at the Audi plant in Zwickau.

There are six steps from a blank to a body side.

And Stamping Without Dies at Nissan

Using a robot to form sheet metal. There is another robot on the opposite side of the blank. (Image: Nissan)

Dieless: “About five years ago, we started thinking about ways of forming sheet metal without relying on dies,” said Keigo Oyamada, an assistant manager in Nissan’s vehicle manufacturing element engineering department, in Japan.

The idea led to a project: “Our goal was to solve the cost issues related to creating dies for small-volume production.”

The result is a die-less forming process.

The process uses two robots, one of each side of a metal blank. The robot end-effectors are fitted with diamond tools.

To program the robots, a 3D scan of an existing part is made.

The robots then work from either side of the metal sheet in synchronization to produce the required part shape.

Nissan has announced that it is using the dieless forming process for NISMO Heritage Parts. Repair and replacement parts for discontinued performance vehicles are being produced with the robot approach. (For resin parts, 3D printing is being used.)

Production? There is a potential limited production application for die-less forming: rear body panels for the R32 Skyline GT-R. The company has produced prototype parts for the performance car with the tech and plans to introduce it into production.

Cast like Elon. Among the many things that Tesla does that the rest of the industry pretty much doesn’t is deploy massive diecasting capability. The Model Y rear chassis and crash rails are being cast as a single component. The front underbody as another large diecasting.

This is vastly reducing the number of components necessary to construct the vehicle.

While these so-called “Giga Presses” are being sourced from IDRA, an Italian company, a Swiss company, Bühler Die Casting, is now offering a line of machines that can provide the means to do this:

“We are seeing an entire front or entire back of a car produced in one shot, coming out of a die-casting machine every two minutes. With this we see huge potential for an even more efficient production process for the automotive industry and a fascinating opportunity for die casting.” That, according to Cornel Mendler, the company’s managing director, Die Casting.

For example, there is the Carat 610, which the company claims can cast over 100 kg of liquid aluminum into a die “within milliseconds” and then hold it is place with a locking force of 61,000 kN.

The new DRIVE Altan system on a chip (SoC) from NVIDIA. (Image: NVIDIA)

If there is one thing that everyone can agree on its this: Developing autonomous driving tech is tough.

A lot of processing power is needed.

What does “TOPS” mean?

What is a trillion?

A one with 12 zeros after it. A million million.

The DRIVE Altan system on a chip (SoC)introduced by NVIDIA earlier this week provides “more than 1,000 TOPS” of performance.

Danny Shapiro, senior director of Automotive at NVIDIA, describes it as allowing the development of “a data center on wheels.”

Not just a computer. A data center.

Just to get a sense of how quickly developments are occurring:

-- NVIDIA DRIVE Xavier chip is in vehicles today: it operates at 30 TOPS

--NVIDIA DRIVE Atlan is targeted for vehicles launching in 2025.

One of the characteristics of most electric vehicles is that once you get on the throttle you are finding that the vehicle has ramped up to a unexpectedly high speed unexpectedly quickly. Unexpectedly, in large part, because there is no shifting going on as there is in a typical step-gear setup, manual or automatic.

On the one hand, that performance is remarkable. On the other, it is less satisfying than what you can experience in something like the 2021 Golf GTI 2.0T Autobahn.

Get on it. When you depress the right pedal (clad in stainless steel, as are the brake and dead pedals), the 228-hp, 2.0-liter turbocharged and direct-injected engine comes to life. There is a seven-speed DSG automatic, a dual-clutch unit, that you know is shifting whether you use the Tiptronic paddles or not. (The standard transmission is a six-speed manual: the DSG is faster than you are.)

(Why the comparison with an EV, something not many people have driven? Because not many have driven a car like this, either. A disappointment across the board.)

It is a front-drive car, so there is a torque-sensing, limited-slip differential, the VAQ, an electronically controlled system that takes into account factors including vehicle speed, wheel speed, yaw and lateral g-force, and makes the appropriate torque balance between the front wheels—with as much as 100% of the torque going to either.

Multi modes. There are three “ordinary” modes that can be selected so as to adjust steering and throttle response—Normal, Sport, Individual; the DCC adaptive damping system that is standard on the Autobahn trim adds a fourth mode, Comfort.

Then there is what could be considered a fifth mode, ESC Sport. Admittedly I didn’t try it. It is meant for use on things like racetracks.

This is a bona-fide hot hatch.

But, of course. Yes, there are a third-generation “modular information matrix” (a.k.a., infotainment system), Apple CarPlay and Android Auto. HD radio and Sirius XM. VW Car-Net, which provides functionality from remote start and stop to voice control, from  finding parking to vehicle diagnostics. And more. There’s contemporary tech.

Still. This is a car that you’re going to, ideally, spend more attention to driving than to the amenities. 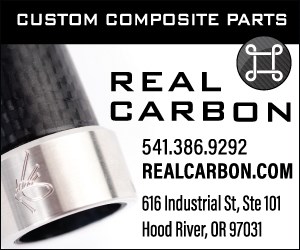 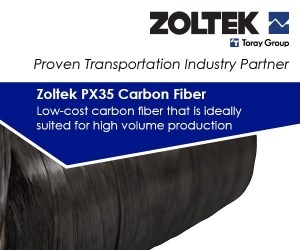 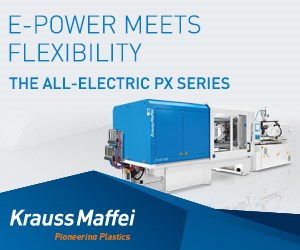