The US National Transportation Safety Board (NTSB) says Scaled Composites failed to consider and protect against human error, which led to the October 2014 crash of the spacecraft.
#regulation #space 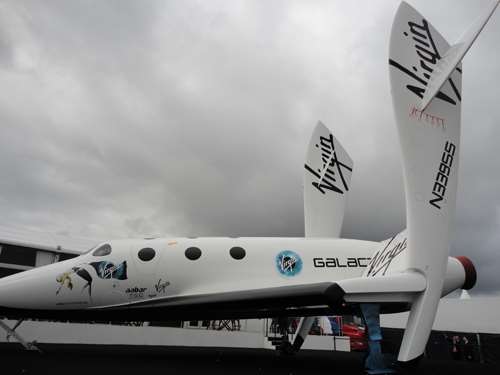 The US National Transportation Safety Board (NTSB) reported on July 28 that it determined the cause of the Oct. 31, 2014 in-flight breakup of Virgin Galactic's composites-intensive SpaceShipTwo was Scaled Composite’s failure to consider and protect against human error, and the co­pilot’s premature unlocking of the spaceship’s feather system as a result of time pressure and vibration and loads that he had not recently experienced.

SpaceShipTwo was a commercial space vehicle that Scaled Composites (Mojave, CA, US) built for Virgin Galactic to provide short excursions to low-Earth orbit. The vehicle broke up during a rocket-­powered test flight, seriously injuring the pilot and killing the co-­pilot.

The feather system, which was designed to pivot the tailboom structures upward to slow the vehicle during reentry into the Earth’s atmosphere, was to be unlocked during the boost phase of flight at a speed of 1.4 Mach. The copilot unlocked the feather at 0.8 Mach; once unlocked, the loads imposed on the feather were sufficient to overcome the feather actuators, allowing the feather to deploy uncommanded, which resulted in the breakup of the vehicle.

The Board found that Scaled Composites failed to consider the possibility that a test pilot could unlock the feather early or that this single­-point human error could cause the feather to deploy uncommanded. The Board also found that Scaled Composites failed to ensure that test pilots adequately understood the risks of unlocking the feather early. Investigators found that the only documented discussion with the accident pilots about the loads on the feather as the vehicle transitioned from subsonic to supersonic flight occurred more than three years before the accident.

NTSB Chairman Christopher A. Hart emphasizes that consideration of human factors, which was not emphasized in the design, safety assessment and operation of SpaceShipTwo’s feather system, is critical to safe manned spaceflight to mitigate the potential consequences of human error.

“Manned commercial spaceflight is a new frontier, with many unknown risks and hazards,” Hart says. “In such an environment, safety margins around known hazards must be rigorously established and, where possible, expanded.”

“For commercial spaceflight to successfully mature, we must meticulously seek out and mitigate known hazards, as a prerequisite to identifying and mitigating new hazards,” Hart say.

A link to the abstract, which contains the findings, probable cause and recommendations: www.ntsb.gov/news/events/Pages/2015_spaceship2_BMG.aspx.