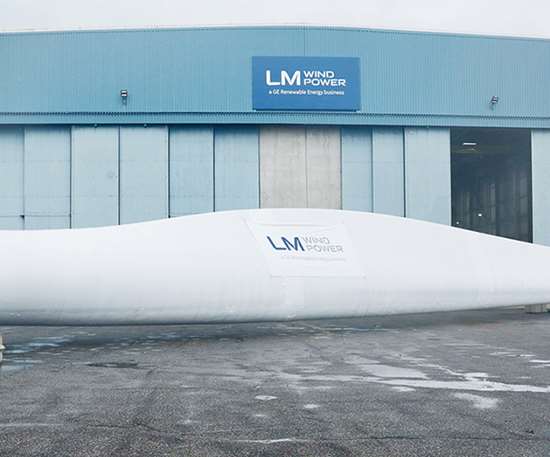 LM Wind Power (Lunderskov Municipality, Denmark), a unit of GE Renewable Energy (Paris, France), announced on Nov. 8 the inauguration of a new Technology Center Americas facility to develop and test new techniques for designing and building wind turbine blades at its facility on the NASA Michoud campus outside of New Orleans, Louisiana. The new facility will provide LM Wind Power's customers in North America with a local presence to help address engineering needs.

As part of the expansion of the facility, the GE Renewable Energy business plans to hire up to 100 additional employees on top the 50 currently employed at the facility, an increase of over 200% by 2021. The company will partner with local universities and community colleges to develop training programs to ensure that there is a qualified pool of applicants to fill positions in various engineering disciplines and manufacturing skill sets.

The new facility is ideally situated to serve the fast-growing US wind power market.  The American Wind Energy Association (AWEA) estimates that the pipeline of wind farms under construction or in advanced development now totals 33,449 MW, a 40 percent increase over 2017. AWEA reports that there is almost 90,000 MWs of wind capacity in the US provided by more than 54,000 wind turbines.