The Haliade-X 12 MW prototype will be installed in Rotterdam, The Netherlands where data will be collected with the aim of obtaining Type Certification.
#windblades #gerenewable 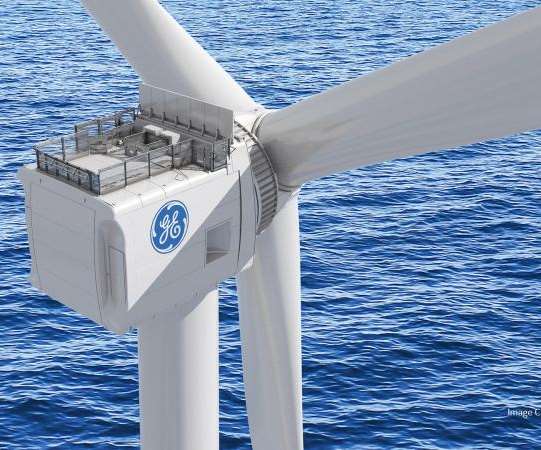 GE Renewable Energy (Paris, France) and Future Wind, a Joint Venture between Pondera Development (Hengelo, The Netherlands) and Sif Holding Netherlands (Roermond, The Netherlands), announced Jan. 16 that they have signed an agreement to install the first Haliade-X 12 MW wind turbine prototype in Rotterdam, The Netherlands during summer 2019. The deal includes five years of testing and a 15-year full service Operation and Maintenance agreement.

The Haliade-X 12 MW prototype will be installed onshore to facilitate access for testing. During the initial period of operations, it will allow GE Renewable Energy to collect data needed to obtain a Type Certificate, a key step in commercializing the product in 2021.

Activities in Rotterdam to prepare the site for future installation have just begun. The nacelle of the Haliade-X 12MW prototype will be assembled in Saint-Nazaire, France, while the three 107 meter-long LM Wind Power blades will be manufactured in Cherbourg, France, and the tower sections will be produced in Seville, Spain. All components will be shipped to Rotterdam, where pre-assembly work and installation will take place.

“The port of Rotterdam has been a real partner and provides all the necessary conditions to test the Haliade-X in the most drastic weather conditions,” says John Lavelle, VP & CEO of Offshore Wind at GE Renewable Energy.

This prototype in Rotterdam is part of the $400 (€320) million investment in the Haliade-X development announced by GE Renewable Energy in March 2018 to help reduce offshore wind’s cost of energy in order to make it a more competitive source of clean, renewable energy.

Alderman Bonte, responsible for Rotterdam’s Energy Transition, says, “In our fight against climate change we need a massive expansion of the number of windfarms at sea. We are delighted that GE has selected the Port of Rotterdam as the test location for the Haliade-X 12 MW, which is the largest wind turbine in the world and can therefore help us accelerate the clean energy transition.”

Fred van Beers, CEO of Sif Holding Netherlands adds, “We are very pleased to install the Haliade-X 12 MW on the SIF site in Rotterdam, supporting Sif’s ambition to remain at the forefront of developments in the offshore wind industry. The project also fits Sif’s ambition to become entirely CO2 neutral as the Haliade-X 12 MW will supply carbon-free energy to the electricity grid.”