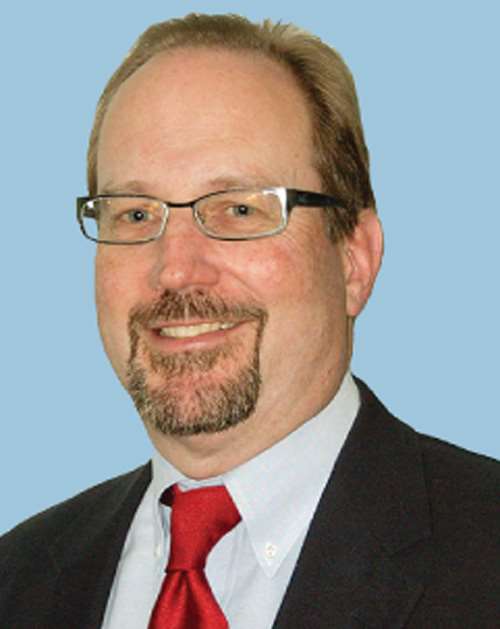 Scott Stephenson is CompositesWorld’s conference director. He has been involved with carbon fiber composites since 1983 when he started working for Fiber Materials Inc. (Biddeford, Maine), a leading manufacturer of carbon/carbon composites. Since 1997, Stephenson has organized conferences and published studies to provide industry executives with strategic information about and analyses of the advanced materials and technologies that drive innovative product development.

Wind turbine blade manufacturers are famously tight-lipped about the composite materials and manufacturing strategies they use, so when a member of this club gets up at a conference and talks frankly about them people sit up and take notice.

This was the case at CompositesWorld’s 2011 Wind & Ocean Energy Seminar, held April 13-14 in Portland, Maine, when Stephen Nolet, principal engineer/director of innovation at TPI Composites Inc. (Scottsdale, Ariz.) briefed the audience on TPI’s view of blade design and manufacture. His presentation covered a lot of ground. He started by focusing on the wind energy industry’s cost sensitivity. Despite the attention paid to the cost of oil, he said wind’s toughest competitor is natural gas — now one of the world’s cheapest energy sources. The pressure is on the wind industry to produce electricity at competitive prices. As the cost of wind energy decreases, the demand for natural gas decreases. That, in turn, reduces the cost of natural gas, which puts more pressure on the wind industry. “The cost of energy ... will make our industry sustainable,” he said. “My job is to bring the cost of blades down.”

Nolet also reviewed some of the physical limits of wind turbines and wind energy. The square/cube law, for one, says that a turbine’s power output is proportional to the square of its blade length, thus making long blades appealing. However, a blade’s volume and weight are proportional to the cube of its length. So the price of a turbine climbs faster than its power output as its size increases. The variable in this equation is material type (i.e., carbon fiber vs. glass fiber), the choice of which can reduce blade weight, enabling longer, more efficient blades.

The Betz Limit stipulates that no turbine can capture more than 59.3 percent of the kinetic energy in wind — primarily because a minimum amount of wind passes through the blade envelope without turning the blades. Most turbines, Nolet said, have a capacity factor rated at 49 percent; the industry is targeting 53 percent.

A third limit is economic. The wind does not always blow, which leads to a statistic called utilization percentage. Onshore wind turbines, Nolet said, have a utilization factor of 30 to 35 percent. Offshore, where laminar airflow is relatively close to the water’s surface, utilization can easily exceed 45 percent. Further, most wind turbines are designed for 3m/sec wind, are rated at 7m/sec, and cut out at 25m/sec. “This gives us a small window of usable wind,” he noted.

NDI technologies will include pulse echo, ultrasonic and noncontact air-couple and laser shearography systems, with an eye on development of portable systems for in-the-field applications. TPI also is assessing the use, for example, of five ganged, ceiling-mounted laser projectors over a 46.2m/139.8-ft blade mold, to identify ply locations, bonding adhesive outlines and shear web location.

About the use of automated tape laying (ATL) and fiber placement (AFP) systems for blade layup, Nolet was pessimistic. Systems he’s seen — even those designed for wind blade production — are “too expensive and too slow.” Currently, he said, TPI manually places material into a mold at a rate of 1,500 kg/hr (3,307 lb/hr) — a speed unmatched by current equipment. Further, he said, automation must meet a cost-of-finished-goods basis of $5/lb to $10/lb of material — significantly less than the $200/lb to $700/lb cost basis for aerospace-grade products fabricated today by ATL and AFP.

The most promising automation application, said Nolet, might be spar caps. Relatively flat, long and of continuous thickness, they are amenable to both high-speed fiber placement and resin infusion. In this arena, TPI has worked with NEPTCO (Pawtucket, R.I.), which supplied pultruded rods of unidirectional E-glass bonded to one side of a carrier sheet to bolster structural support. Nolet said a 9m/29.5-ft spar cap made using these plies, measuring 40-mm/1.6-inch thick, was infused in just 45 seconds and offers impressive mechanical properties. TPI aims to migrate this material technology into larger blade applications, although Nolet did not rule out increased use of pre-impregnated carbon fiber in spar caps.

A significant labor savings opportunity, said Nolet, is in postmold trimming, sanding and cutting, which account for more than 50 percent of the total labor cost to produce a blade at TPI. The AMII program is studying the use of six-axis articulating robotics to perform these operations. “I don’t think anyone would wish our children to grow up as blade finishers,” Nolet quipped. “I’d much rather train-up our finishers for working automated systems.”