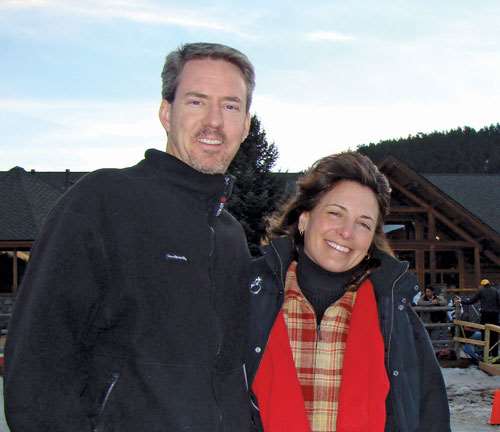 During a recession — and I’ve only known relatively mild downturns until now — an editor always heads off to a trade show with, at best, some hesitancy and, at worst, gloomy pessimism. And so it was that I boarded the plane for Paris in March with one eye on the dark economic clouds that chased us out of 2008 and another eye on the JEC Composites show to which I was headed.

I left with mixed emotions: I’ve spent much time over the last seven months, since the world’s financial system began its precipitous disintegration, trying to craft a mindset for dealing with the very challenging economic circumstances in which we find ourselves. I am a naturally optimistic person, so it’s difficult for me to embrace the unrelenting gloominess that confronts us every day — part of me wonders often whether there is some self-fulfillment in prophecies of anticipated struggle and inevitable decline.

On the other hand, this recession is not an abstract notion: Every day, I see physical signs of personal struggle throughout my world. I have friends and family who have lost their jobs and are fighting to keep their homes, much less maintain their standard of living. And we on the HPC staff have endured a round of belt tightening, just like everyone else.

So, I arrived in Paris with my half-full/half-empty glass, unsure of what we’d find at the composites industry’s largest trade event, and full of questions: Would attendance be down, the victim of slashed travel budgets? Would exhibitors offer the old standards rather than premiere new technologies in a market they perceived as unable to invest in innovation? I heard the words “retrench,” “consolidation” and “conserving” a lot from exhibitors whose glasses were half empty and who were looking to get through the next few months while suffering as little damage as possible. Other exhibitors, clearly with glasses half full, talked about a strategy of “chasing market share” during the downturn — seeing revenues contract, but opportunity expand. And the aisles on the show floor, while not bustling like they were in 2008, were at least reassuringly busy.

The rhetoric and down-economy philosophy aside, two things became almost immediately clear as I walked the show and talked with exhibitors and attendees: There is still much work being done in the composites industry and, at least in this industry,  creativity and ingenuity don’t take a break when times are tough.

It’s hard, in a recession, not to feel like the entire composites industry has come to a grinding halt, but it’s clear that many of you are rising to the challenge before us, not succumbing to it. I talked at the show to composites professionals who have seen business shrink in marine and automotive but still are pursuing opportunities in healthier wind energy and aerospace sectors. I saw at the show new products and technologies that prove that R&D programs — from out-of-autoclave materials to new pressure vessel manufacturing techniques — are not retrenching or conserving. I met representatives of OEMs who were looking to the composites industry to help them solve weight, strength and corrosion problems in well-known products.

I left Paris with a glass half full and the reassurance that composite materials and structures have a persistent and enduring value. Composites, in fact, are often part of a cure for a variety of engineering challenges, and promise to help guide many of us safely through this downturn. We may have been slowed, but we’ve only been slowed — and I’m already looking forward to getting back to full speed.