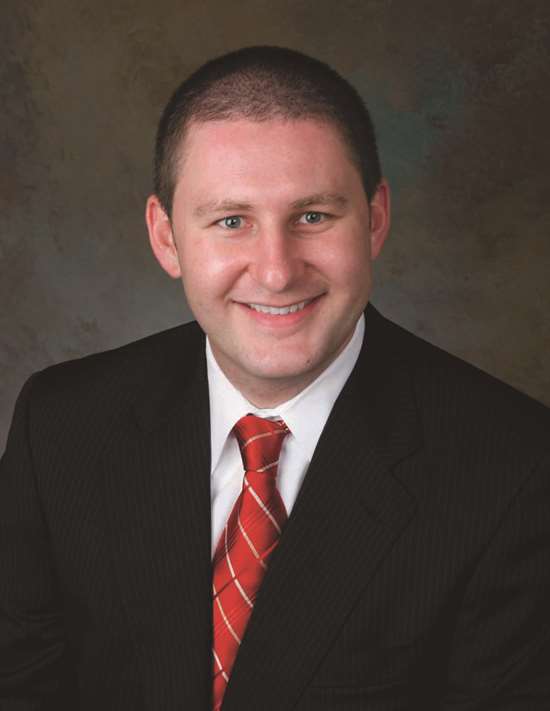 Trevor Bohn is a vice president at RSM EquiCo Capital Markets LLC (Costa Mesa, Calif.), a global investment banking firm serving the middle market. He is a member of EquiCo's Aerospace & Defense team and is responsible for providing advisory services relating to mergers, acquisitions and accessing the capital markets. Bohn works on both domestic and cross-border transactions. In his spare time, he enjoys attending air shows, visiting museums and spending time with his wife and daughter in southern California.

Trevor Bohn is a vice president at RSM EquiCo Capital Markets LLC (Costa Mesa, Calif.), a global investment banking firm serving the middle market. He is a member of EquiCo's Aerospace & Defense team and is responsible for providing advisory services relating to mergers, acquisitions and accessing the capital markets. Bohn works on both domestic and cross-border transactions. In his spare time, he enjoys attending air shows, visiting museums and spending time with his wife and daughter in southern California.

In 2006, I used this column to discuss how the strong growth in the advanced materials and composites industry, coupled with the fragmented nature of the sector, were fueling consolidation activity through mergers and acquisitions (M&A). (See the previous column by clicking on the article listed in "Editor's Picks" at right.) I spoke at the COMPOSITESWORLD Composites Industry Investment Forum in February, and my opinions hadn’t changed materially. In fact, I believe market conditions are pointing to even more M&A activity in the coming year for a variety of reasons.

First and foremost, although orders might have peaked in 2007, the commercial aircraft cycle is poised for continued growth. Replacement of aging aircraft and expected fleet growth will be the major growth drivers of commercial aircraft demand. The projected delivery schedules for the composites-intensive Boeing 787 and Airbus A380 provide a compelling growth story for associated suppliers. While well-documented delays in each program have pushed out the time horizon for deliveries (see News item on p. 12), component and system manufacturers have not yet been materially affected. Further, the Middle East and Asia will lead demand for commercial aircraft in the coming decades. Middle Eastern carriers were responsible for about 19 percent of global aircraft orders in 2007, and traffic is expected to grow disproportionately in both regions.

Orders for regional jets — an important platform, given the attractive shorter-distance and point-to-point passenger demand — are expected to continue growing rapidly as the two largest market participants, Bombardier and Embraer, are joined by smaller participants in 2009. Strong demand for business and very light jets (VLJs) will continue, despite a mixed global economic outlook. Historically, business-jet demand has been tied to U.S. corporate profit growth; however, international profit growth now appears to be the better metric. Non-U.S. demand for business jets has risen to 50 percent vs. 20 percent of total bizjet sales two years ago. 2008 and beyond will be marked by increased production of VLJs for private customers and air taxi enterprises. Lastly, the worldwide market for the maintenance, repair and overhaul (MRO) of commercial jets has grown to $41 billion (USD). While composite materials play a somewhat limited MRO role, the sector is expected to grow at a compound annual growth rate of 4.8 percent over the next five years.

Why the optimism? The aerospace and defense sector is undergoing a shift driven by new commercial platforms (i.e., B787, A380, A350) and new defense platforms (i.e., JSF, F-22, A400M, KC-45) that make use of new materials and technologies, including composites. Analysts expect these sectors to outperform the broader market, assuming these new platforms are combined with reasonable current market valuations, and they see an upside in the near-term U.S. Department of Defense (DoD) budget and the fact that delivery schedules, irrespective of platform, are well known. Companies with minimal exposure to the DoD supplemental budget likely will outperform the broader market in the medium term, and now, with some retrenchment in valuation, small-to-medium cap participants are closer to palatable levels at which consolidation might make economic sense to shareholders.

Is consolidation or an acquisition the right course for your company? Several strategies should be considered. Portfolio rebalancing is often a key strategy of the Tier 2 or Tier 3 companies who supply prime contractors. For example, rebalancing might involve the acquisition of technology to transform existing capabilities (i.e., exiting metal machining and focusing on composites). Other options include a specialization strategy and doing deals to strengthen one’s position within a specific area, such as high reliability rotational engine components. “Bolt-on” strategies enable smaller Tier 2 and Tier 3 companies to supplement growth by adding specialty expertise.

In the short term, buyers looking to acquire advanced materials and composites suppliers are seeking support for increased aircraft part deliveries and manufacturing volume. Buyers also are looking to diversify end-markets and platforms. Technologically advanced products with high barriers to entry are extremely attractive. And, with the declining U.S. dollar, foreign Tier 1 and Tier 2 firms are looking hard at U.S.-based component providers — eyeing relationships that could expand each firm’s geographic reach. In the long term, a technological advantage and value-added capabilities equate to greater-than-average growth expectations.

I predict that M&A activity in aerospace and defense will re-accelerate in 2008 throughout the supply chain as companies look to control costs and find new value-added product lines. Private equity buyers also will continue to be major players in this sector, despite challenging debt capital markets.