This column will introduce sandwich panel test methods in general. Detailed discussions of the individual test methods will be presented in future columns. Sandwich panels will be defined here as those consisting of relatively thin facesheets that are strong and stiff in tension and compression compared to the low
#workforcedevelopment #adhesives 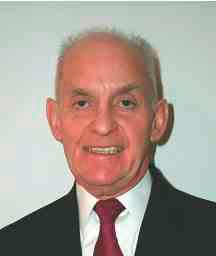 This column will introduce sandwich panel test methods in general. Detailed discussions of the individual test methods will be presented in future columns. Sandwich panels will be defined here as those consisting of relatively thin facesheets that are strong and stiff in tension and compression compared to the low density core material to which they are adhesively bonded. This definition excludes laminated composite plates, plywood and similar "solid laminates.â€

While core material does resist shear loadings, its primary purpose is to keep the facesheets separated and thus maintain a high section modulus (a high "moment of inertia"or "second moment of the area"as defined by the stress analyst). The core material is typically of relatively low density (e.g., honeycomb or foam), which results in high specific mechanical properties of the panel under favorable loadings (in particular, high flexural strength and stiffness properties relative to the overall panel density). That is, sandwich panels are particularly efficient in carrying bending loads, although they have other important load application uses as well. For example, they provide increased buckling and crippling resistance to shear panels. Additionally, they provide buckling resistance to compression members.

The testing of sandwich panels has necessarily existed for as long as these panels have been used as structural materials in high-performance applications, that is, for 70 years or more. However, the refinement and standardization of these various test methods is much more recent.

The first question to be answered is, "What properties or characteristics of the sandwich panel need to be evaluated?"This is dictated by how the panel might fail. The panel can fail in any one of several different ways, depending upon the geometric and fabrication characteristics of the panel and how it is loaded. For example, a facesheet can fail in tension, compression, shear or local buckling. Additionally, the core can fail in shear or by crushing. A facesheet can separate from the core due to excessive shear or normal tensile stress in the adhesive bond. Test methods have been developed to isolate and simulate each of these specific failure modes.

Table 1 lists five of the most commonly used sandwich panel test methods at the present time, although others exist as well. Note that all those listed here are presently ASTM standards.

Table 1 does not include those test methods commonly used to directly characterize the constituent components of the sandwich panel (e.g., the tensile and compressive properties of the individual facesheets) or the tensile and shear strength of the adhesive. These test methods have been discussed previously, or will be in forthcoming columns.

Note that all five of the test methods became ASTM standards in the 1950s. However, at that time, sandwich panel construction was not used very extensively and, therefore, neither were these standards. It was not until the early 1990s, some 40 years later, that the current strong interest began to develop. At that time, solid laminates were approaching their performance potential and intense research into new approaches to achieving high structural efficiency had begun. It was at this point that the test methods - though they had long been available - finally entered into general use.

As the title of the first test method listed in Table 1 implies, ASTM D 1781 is a test of adhesive performance. But since a sandwich panel is being tested, it also is a measure of how well that facesheet being peeled off is bonded to the core material.

The second test method, ASTM C 393, subjects a long or short sandwich beam to either three- or four-point loading. That is, multiple tests must be conducted to obtain a full characterization. Sandwich panel flexural stiffness, the tensile and compressive strengths of the facesheets, core shear strength and shear modulus, and even the facesheet-to-core bond can be evaluated. However, the standard acknowledges that ASTM C 273 (the third method in Table 1) may be a better choice for determining core shear strength and shear modulus.

As the previous paragraph indicates, ASTM C 393 is a very "busy"standard, encompassing a number of test procedures. ASTM Committee D30-Composites is currently in the process of breaking this standard up into three individual standards, with the intent to make them easier to understand and implement. One of the three, tentatively titled "Standard Test Method for Core Shear Properties of Sandwich Constructions by Beam Flexure,"will retain the ASTM C 393 designation, as rewritten. The other two will eventually be assigned new numbers. Currently, they bear the tentative titles, "Standard Test Method for Facing Properties of Sandwich Constructions by Long Beam Flexure"and "Standard Practice for Determining Sandwich Beam Flexural and Shear Stiffness."The latter is actually a "Standard Practice,"containing the equations required to calculate the desired sandwich panel properties by using test results obtained from the two test methods.

ASTM C 297, the fourth method in Table 1, is used to determine a sandwich panel's through-thickness tensile strength. A small square or circular piece of the panel, typically either 25 mm/1 inch or 50 mm/2 inches in size, is bonded between two (typically metal) blocks and then pulled apart in tension.ASTM C 364 (fifth in Table 1) is used to determine the in-plane compressive strength of a sandwich panel. A rectangular panel is subjected to an in-plane compressive loading along two opposite sides, with no load on the other two sides.

It should be noted that Table 1 does not include ASTM C 365, "Flatwise Compressive Properties of Sandwich Cores."Although it was originally published during the same period (1955), this method applies to a sandwich panel constituent (the core) rather than the entire sandwich panel. For the same reason, all other existing core material tests, such as ASTM C 363, "Tensile Node Bond Strength of Honeycomb Core Materials,"are excluded.

Because the use of sandwich panels (as defined in the introductory paragraph) continues to grow rapidly, particularly in structural applications, it is important that composites manufacturers become familiar with the various sandwich panel test methods. It is equally important to note that the fabrication of quality panels, both for component parts and for test coupons, requires special skills that, in years past, did not exist within many potential user organizations. Although our general level of understanding continues to grow today, those involved in a testing program must have some assurance that the sandwich panels from which test coupons are extracted are representative of panels that will be used in the end application. Further, they must be sure that the properties obtained are reasonable and consistent with the current state of the art. In future columns, these and other specific concerns will be addressed for each of the individual test methods introduced here.