Materials by design: M and P engineering's next 20 years

Consultant Ted Lynch, in his role as vice president of the Society for the Advancement of Material and Process Engineering (SAMPE) provides insight into SAMPE's much more active role in U.S. government policy-making activities. 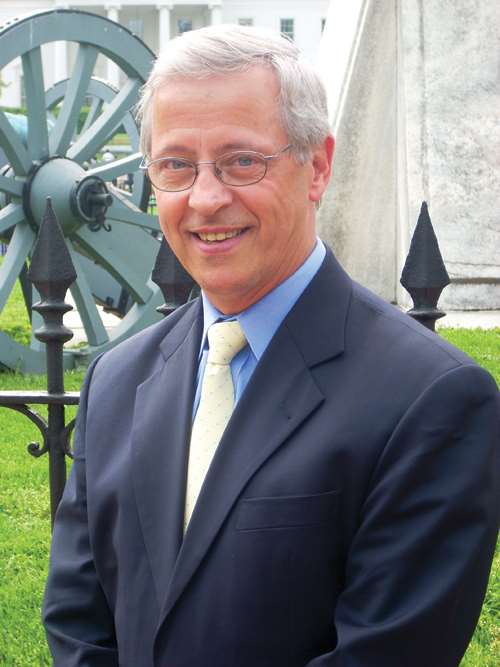 Ted Lynch is president and CEO of Strategic Marketing Innovations (SMI, Washington, D.C.), which he formed 19 years ago. The federal marketing firm focuses on helping companies, universities and national laboratories capture federal funding to develop advanced materials and processes. This followed Lynch’s 25-year career in advanced materials development. He holds a BS in astronautical engineering from the U.S. Air Force Academy and an MS in nuclear engineering from the Worcester Polytechnic Institute. Lynch is presently vice president of the Society for the Advancement of Material and Process Engineering (SAMPE, Covina, Calif.).

The Society for the Advancement of Material and Process Engineering (SAMPE) held its annual Symposium and Exhibition in Baltimore, Md., on May 21-24, 2012. Taking advantage of the fact that the conference was held in the greater Baltimore-Washington area, SAMPE impaneled a number of key government officials to inform conference attendees about federal programs and initiatives that would impact the advanced material and process (M&P) engineering community for years to come.

Until recently, SAMPE has been a passive observer of government activities. Over the past two years, however, SAMPE has made a concerted effort to reach out to the U.S. government in its role as the nation’s leading association of M&P engineering professionals. One result, in February 2011, was SAMPE’s first Materials Forecast Forum in Washington, D.C. For two and a half days, 19 business and government leaders participated in the forum with the objective of assessing the state of M&P engineering and then projecting where the industry would go in the next 20 years. The outcome of the forum was best summed up with the phrase “materials by design.”

Coincidentally, on June 24, 2011, the Obama Administration launched the Materials Genome Initiative (MGI). The fundamental basis of the MGI is “materials by design.”

Shortly after that, SAMPE held its summer Executive Cabinet meeting in Washington from July 17-18, 2011. Two key government officials were invited to brief the cabinet: Dr. Cyrus Wadia from the Office of Science and Technology Policy in the White House, on July 17, and Dr. Robie Samanta Roy of the Senate Armed Services Committee staff, on July 18. Wadia described White House plans for the MGI, and Roy discussed U.S. Department of Defense (DoD) efforts in the area of M&P engineering. As a result of these briefings and the forum’s conclusions, SAMPE decided to cement its role in the MGI.

At SAMPE 2012 Baltimore, Wadia gave the keynote address. He described the Materials Genome Initiative to an audience of more than 400. He then toured the exhibit hall where more than 350 companies were exhibiting.
After Wadia’s keynote, I moderated a conference panel session on advanced materials policy. The panel comprised key U.S. government officials from the executive branch, Congress and the DoD. The European point of view was presented by Dr. José Kenny from the University of Perugia in Italy. The objective of the panel was to allow the SAMPE membership to hear directly from these officials about where government support for M&P engineering stands today, and the support that is planned for the future in the U.S. and Europe.

At the beginning of the session, I posed a set of questions and issues to the panelists:
•    Congress and the administration have been strong supporters of a viable national science and technology program. What has been done to maintain this viability?
•    Advances in M&P engineering provide a solid base for industrial growth. What has been done to foster the transition of these advances?
•    The administration has launched MGI. What has been done to see this through to a successful conclusion? Is Europe pursuing a similar path?
•    The National Network for Manufacturing Innovation (NNMI) has just been launched. How do you see it impacting the M&P engineering community?
•    According to Aviation Week (May 7, 2012), aerospace materials are largely locked in for at least a decade, making manufacturing technology the key to growth of the M&P industries. What is being done to support manufacturing technology and the required growth in production capacity?

A wide range of issues was covered by the panelists, who then participated in a question-and-answer session. The panelists and their subjects were as follows:

Neal Orringer, director of Manufacturing, Manufacturing & Industrial Base Policy Office, Office of the Secretary of Defense, provided information about several key DoD programs, including Title III of the Defense Production Act and the NNMI effort. Presently the Title III program is funding several large materials programs that cover high-performance polymers and composites. The objective of Title III is to create needed domestic industrial capacity in these areas. The NNMI program is launching an effort to address additive manufacturing as its pilot institute. Up to 14 additional institutes are planned for the future, with the likelihood that one will be focused on composites.

Dr. Arun Seraphin, assistant director, Defense Programs in the White House Office of Science and Technology Policy, discussed the fact that the federal government has an R&D budget of approximately $140 billion. In addition, more than $3 billion is being invested in STEM (science, technology, engineering and mathematics) education and retraining that is essential to maintain and grow the M&P workforce. He said the government’s past R&D investments have been well spent and it is imperative that an adequate level of funding be maintained.

Tim McClees, a professional staffer working with the U.S. House of Representatives Armed Services Committee, said the House Armed Services Committee has been very supportive of R&D funding for defense, with a budget of approximately $69 billion. This represents an increase of 17 percent over the previous year. The House is taking a close look at the defense industrial base and the programs that support that base.

Nora Todd, legislative director, Office of Congressman Michael Michaud, U.S. House of Representatives, discussed recent legislation that Congressman Michaud has introduced, H.R. 2820 “The Advanced Composites Development Act.” This act would establish a consortium of public and private organizations to operate Advanced Composite Development Centers, which would develop cutting-edge composite materials necessary to improve not only military security, but also infrastructure, transportation and alternative energy initiatives. She explained how important it is that organizations like SAMPE support this legislation. SAMPE has submitted a letter of support to the House leadership.

Dr. José Kenny, professor of materials science and engineering and director of the University of Perugia’s Materials Science and Technology Center, described the results of recent efforts to develop a multiyear European materials R&D program. This included the European version of MGI and efforts to further develop composite materials manufacturing technology. Kenny’s presentation made it clear that, like the U.S., the European Union is aggressively planning for the future of M&P engineering.

SAMPE is now an active participant, along with other leading materials-related associations, in the MGI’s multisociety Scoping Sessions. Additionally, SAMPE participated in the MGI Summit, held in January. As the representative of the engineering aspect of material and process development, SAMPE intends to support efforts of this sort and will provide recommendations to the government about additional M&P areas that need attention.