General Motors and Chrysler were back in Washington, D.C., in mid-February, asking for more bail-out money.
#chrysler #generalmotors 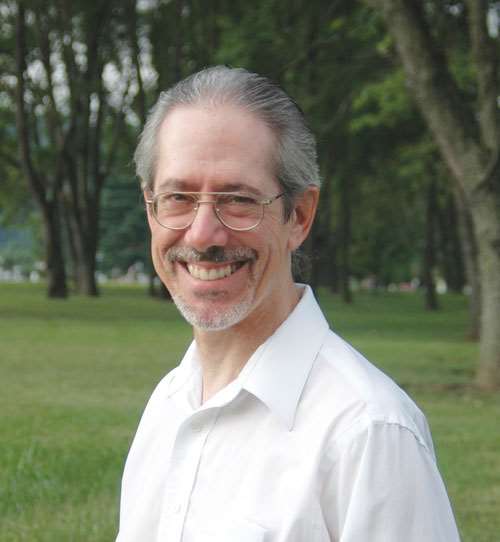 Mike Musselman is the managing editor of High-Performance Composites magazine.

Mike Musselman is the managing editor of High-Performance Composites magazine.

General Motors and Chrysler were back in Washington, D.C., in mid-February, asking for more bail-out money. Congress is almost certain to give it to them. GM is America‘s largest company. Detroit’s Big Three are, as they say, too big to fail.

For years, we’ve been wishing that auto OEMs, like those in the aircraft industry, would provide another monster transportation market for carbon fiber-reinforced composites. Unfortunately, federal funds will finance downsizing and backtracking, and precious little will be available for innovation. Yes, GM promised to put the hybrid-electric Volt into production, but with an aluminum body. Its only car with significant composites content — after 50 years of development — will remain the Corvette. Things are little different at Ford and Chrysler. We weren’t really on their dance card when the band was playing. And now the party’s over.

We need to be asking, where’s the party going to be? In pursuit of an answer, my research turned up 30 startup car companies that already do or soon will produce electric and hybrid electric cars. None are affiliated with GM, Ford or Chrysler. Most feature composite components in body parts and elsewhere to reduce weight and enable aerodynamic styling that would be impractical for the steel- or aluminum-bound Big Guys. Almost half of these fledgling auto OEMs use composites reinforced with carbon fiber. A number of them are located in the USA and Canada.

Unfortunately, while the Big Three are testifying before Congress to get billions in bail-out money, these upstarts — like everyone else since the credit crunch began — are begging for mere millions from increasingly reluctant private investors. Although it’s possible the federal government could see the light and shower some of the bail-out billions on the new guys, it’s far from probable. They’re not too big to fail. A goodly number now are competing for the $10 million Performance X-PRIZE, which will go to the company able to build a car that offers the equivalent of 100-mpg fuel economy in a saleable production vehicle. But let’s be honest: $10 million probably wouldn’t pay the light bill at GM this year.

There are a number of suppliers, here and abroad, who supply carbon fiber and the other materials and equipment necessary to produce the parts these car makers will need to make a go of it. And there are sound reasons why these suppliers would do well to risk supporting the startups: First, these smaller entities are freer to innovate. The Big Three are evolutionary systems in a time that demands revolutionary change. Second, the newcomers don’t have to overcome a century-long commitment to steel, and they already have demonstrated their commitment to our technology.

Back in the late 1980s, GM, desperate to compete with the Japanese in the subcompact car category, plunked down $5 billion (a drop in the bucket compared to the bail-out sum GM has requested) to create a completely new division. Forward-thinking designers, engineers and marketeers were sent far from Detroit to Spring Hill, Tenn. and given the go ahead to take a “clean sheet” approach. There, Saturn was born. The cars that premiered in 1990 were, for their time, both revolutionary and revelatory: gas-thrifty, sleekly styled, mid-size interiors on subcompact frames, and engineered thermoplastic fenders and door panels that would not dent or rust.

They were an immediate hit with American car buyers, but in 1994, GM execs — despite promises that Saturn would be kept independent — assumed control of the company and, for four years, permitted no further investment in innovation, despite pleas from dealers. Rather than adding fiber reinforcement to solve form-and-fit problems with the high-CTE thermoplastic or extending it to horizontal body parts (technology that is now available elsewhere, as noted in the first two items in "Editor's Picks" at right), GM phased the thermoplastic out in favor of aluminum-bodied products borrowed from GM’s European Opel line. Today, no Saturns are built in Spring Hill.

One thing went wrong with Saturn: It remained part of GM. Had it escaped GM’s shadow, and truly become a “different kind of car company,” many observers believe it would not now be on GM’s downsizing hit list.

Are GM and friends too big to fail? Their own testimony on Capitol Hill suggests that they might be too big to succeed. But a handful of Saturn-like car companies that aren’t hobbled by their histories are offering the advanced composites industry an unprecedented opportunity to make its voice heard in the automotive world. To do that, it needs to put its wallets where its wishes are.