Investing in composites: A look at the industry's business

Guest columnist Michael Del Pero predicts an increase in mergers and acquisitions activity for the post-recession composites industry.
#a350 #a380 #airbus 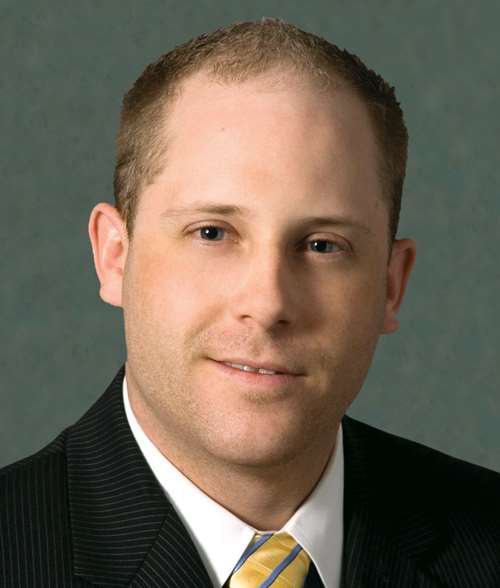 Michael S. Del Pero is an investment banker who focuses almost exclusively on the composites, plastics and advanced materials sectors. He has nearly 10 years of M&A advisory and corporate finance experience and has advised more than 50 companies involved in acquisitions, buyouts, divestitures, valuations and joint-venture formations. He can be contacted at (310) 995-1831.

Michael S. Del Pero is an investment banker who focuses almost exclusively on the composites, plastics and advanced materials sectors. He has nearly 10 years of M&A advisory and corporate finance experience and has advised more than 50 companies involved in acquisitions, buyouts, divestitures, valuations and joint-venture formations. He can be contacted at (310) 995-1831.

Growth in the carbon fiber market will depend largely on greater penetration of advanced composites in the aerospace and wind energy sectors.

Growth in the carbon fiber market will depend largely on greater penetration of advanced composites in the aerospace and wind energy sectors.

On the glass-fiber side, construction applications (particularly in civil infrastructure) provide some of the greatest global opportunities, in developed and developing markets alike.

On the glass-fiber side, construction applications (particularly in civil infrastructure) provide some of the greatest global opportunities, in developed and developing markets alike.

The investment community and capital markets are taking formal notice of opportunities in the advanced composites segment. This was one of the primary takeaways from the 3rd annual CompositesWorld Investment Forum (CIF), which was held in beautiful San Diego in mid-March. I have been involved with the event since its inception three years ago, and I have watched it evolve from a primarily technical conference (of which the composites industry has no shortage) into a mature mixture of technical and business-related activities.

Highlights of this year’s Forum included not only market research and industry forecasts, but several first-hand accounts from business owners and entrepreneurs as well. Each chronicled some of the challenges of running a viable startup or early-stage business, suggesting tools that help to optimize and diversify one’s business, offering pointers for securing available government funding and presenting outlooks for key end-markets, such as aerospace, wind energy and automotive.

The day-and-a-half event wrapped up with a lively open-forum panel discussion. The panelists were investment bankers, venture capitalists, private-equity professionals and Fortune 500 executives, all of whom have a specific focus in the composites sector. They offered their collective thoughts on the economy, the mergers-and-acquisitions (M&A) landscape, the status of the current credit market and lending environment, and the role private equity will play in composites sector, moving forward. One attendee said of the Forum, “[It] gave me a better perspective of the industry and definitely convinced me that I am on the right track toward starting my carbon fiber composite manufacturing business.” Overall, the tone at this event was much more positive than what I sensed just six months ago. Coupled with what I am hearing from clients and prospects, the CIF event reinforced my belief that better times are on the way.

In fact, global carbon fiber and glass fiber markets are predicted to reach $11.1 billion (USD) by 2015, with close to $2 billion coming from emerging applications and technologies. The carbon fiber market alone is projected to expand to $2.7 billion in the next five years, roughly 2.5 times the size it was in 2009. As we all know, growth in the carbon fiber market will depend largely on greater penetration of advanced composites in the aerospace and wind energy sectors. Based on industry outlook and market forecasts, carbon fiber is well-positioned to do so, especially in aerospace. Although the world’s airlines are expected to lose another $4 billion in 2010 (after losing more than $10 billion in 2009), passenger/cargo traffic and commercial fleet production are each expected to outpace gross domestic product (GDP) in terms of growth over the next decade. The airlines’ aging fleets have reached their service-life limits, creating pent-up demand. The order lists are growing for replacement aircraft. And as the Boeing 787 and Airbus’ A380 and A350 platforms enter production, there will be an inevitable increase in demand for both carbon and glass fiber.

On the wind energy front, the U.S. has brought roughly 96 manufacturing facilities on line in the U.S. over the last two years to support increased capacity production efforts. As a result, the U.S. effectively passed Germany as the global leader in installed wind power capacity.  Continued growth, however, will depend on successful power grid expansion, which remains an issue of public policy and government influence, but the implications for composite suppliers and manufacturers are vast and encouraging.

The above doesn’t take into account the effects that some overshadowed end-markets will have on growth trajectories for the industry. Pressure vessels and — as auto OEMs pick themselves up off the floor — high-end automotive applications represent key near-term opportunities for carbon fiber. We’re also seeing increased adoption of carbon fiber in more functional automotive applications, such as passenger safety and fuel efficiency.  On the glass-fiber side, construction applications (particularly in civil infrastructure) provide some of the greatest global opportunities, in developed and developing markets alike.

Another theme was the “highly fragmented” nature of the industry. This is a trend that I have been highlighting for some time, and one that I think will be a significant contributing factor to consolidation and M&A activity in the coming years. The outlook for owners who contemplate selling their companies is much more positive than it was 12 to 18 months ago: Coming out of the recent downturn, both strategic and financial buyers are looking more actively for opportunities in the composites sector either to enter new geographical or end-use markets or to dilute their dependence on a single end-market. More importantly, I believe the industry will need to consolidate in order to see continued growth. These factors lead people like myself to be quite bullish on its M&A prospects.

I predict that the next 18 to 36 months will see healthy M&A activity in the advanced materials space, assuming the economic landscape continues to stabilize (all bets are off if it doesn’t). There’s a huge backlog of deals right now because many owners halted negotiations during the recession. Some did so, so they could deal with recession-related internal challenges to their businesses. Others, whose companies continued to perform well (or better), did so because the markets were not rewarding that performance from a valuation standpoint. Now, with a recovery underway, those owners are eager to resume discussions with potential buyers. Look for strategic buyers to move aggressively — and be willing to “pay up” — to acquire capabilities and competencies. I expect that the highest premiums will be paid for acquisition targets that are highly knowledge- and technology-intensive. For business owners who wish to diversify their personal risks and assets and, perhaps, sell only a portion of their business, a financial buyer might make sense. Financial buyers or private equity groups won’t pay the high premiums the strategic buyers would offer. But this is the best route for owners who want continuity in the name/company,  or prefer to increase their flexibility yet maintain partial ownership; or believe their companies could benefit from some additional resources and operational expertise.

The largest remaining roadblock for getting deals done is bank financing. Although the credit market continues to recover, lenders are looking at everything under a microscope. Credit markets will have officially loosened up when we start to see closed deals that involve $5 million to $10 million companies. My guess is we’ll get there in the second half of this year. For those who decide to sell, my advice is, sell sooner rather than later. Post-2010 has me concerned: Inflation, if it goes through the roof, could dramatically change the investment game — not to mention the implications of increasing capital gains rates and a flood of opportunities as “baby boomer” retirements accelerate.

Looking forward, I’ll repeat something I heard during our CIF panel discussion: Composites are as much a frame of mind as they are a material. As the global economy continues to evolve and end-markets seek manufactured products that are lighter, stronger, faster and greener, we have much to be enthusiastic about, no matter how much it may sting to look back over the last year and a half.